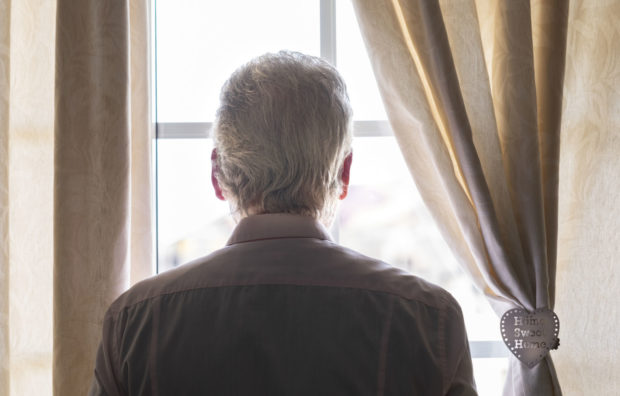 THERE’S a man on my daily commute who always has a hello for me. He lives alone and this week, after stopping to chat a little with him about what I do, I asked for a quick interview. First things first, although he’s well able to talk, he’s a shy, and extremely proud man. At 86 years of age, he still cared about what people thought about him, and how he lived. For obvious reasons, that resonated with me greatly. His name is John and he lives on the top of the town.

“I’m not originally from Waterford but I came here when I was 25, so I suppose you could say that’s close enough,” John said. “It was a woman who brought me here.”

That woman, the love of his life, was dead now 23 years, leaving John a widow since he was 63.

“Dee was diagnosed with cancer in November and was dead by January,” he said. “I remember it as if it was yesterday. We went for a Christmas walk together, just into town, into the park, along South Parade, out Poleberry… we used to comment on people’s front doors. She loved front doors and was always outside of ours with a bottle of Brasso and a little cloth. We didn’t know how bad the cancer was then and didn’t find out until after the Christmas break at her next appointment in Ardkeen. Sadly I don’t know how to keep a door as clean as she could.”

John’s house is immaculate to be fair. He has a little table in his front room, which is set up for one person. At 1pm in the afternoon, it already has the place-mat out for tonight’s dinner. There’s some Waterford Crystal scattered about the place as well as some nice paintings. On a small table beside an armchair, there’s a stack of junk mail. I contemplated buying him a no junk mail sticker but I’m not sure he’d let me put it on the door.

“Dee had a thing about getting ready for the next meal as soon as the first one was finished,” John said. “I try to do it sometimes, but other times I’m just too lazy,”

There’s plenty of pictures of his wife as well, but no children that I can see.

“I never used to do an ounce of cleaning,” he said. “Dee used to have the place spotless, so I’m trying to keep that up. It’s easy enough when it’s just myself.”

John is a massive GAA fan, and there’s a couple of trophies in his house, but I couldn’t see what they were for, or who owned them.

“First and foremost, I’m a Tipp fan,” he said. “But I’ve been to a lot more Waterford matches, living so close to Walsh Park. I’d love to think that Waterford could win an All-Ireland in my lifetime but somehow, I don’t see it. Maybe they’re cursed.”

The temptation, when you meet a man of John’s age, especially when you’re as obsessed with nostalgia as I am, is to ask him about his memories of old Waterford. Admittedly, that’s exactly what I did but the memories didn’t come easy to him and the ones that did were hazy. I asked him how Covid has affected him.

“I missed the pub when it was closed but other than that, I can’t really say it affected me too much,” he said. “I don’t see too many people in my day to day life, except those who walk past the door, and of course, the lads in the pub ya know?”

There are people who call to John on a regular basis but he admits to being lonely sometimes.

“Before Covid, I used to go down to the bookies and do a few place pots, and then come home to watch the racing,” he said. “I had a box there that the chap next door got for me but it stopped working a few months ago and the lad is living in Australia now. Probably not a bad thing that I’ve stopped as I think I was in my 70s the last time I won on one.”

I asked John if he’d mind if I called into him from time to time and his answer was typical of someone who feels like a spectator to this lightning fast world of ours.

I told John that he was right, that he probably would bore the arse off me, but I could do the same for him.

I know that there are hundreds of people like John living alone in Waterford. Some go into places like Lady Lane during the day for a bit of dinner. John himself occasionally pops up to Assisi House, but comes home every day by himself, to a relatively consistent routine. It’s worth stopping and talking to them because they’ll always find a way to surprise you, and make you look like a tit for underestimating them. For my next visit to John, I might well have a dodgy box under my arm… say nothin’…