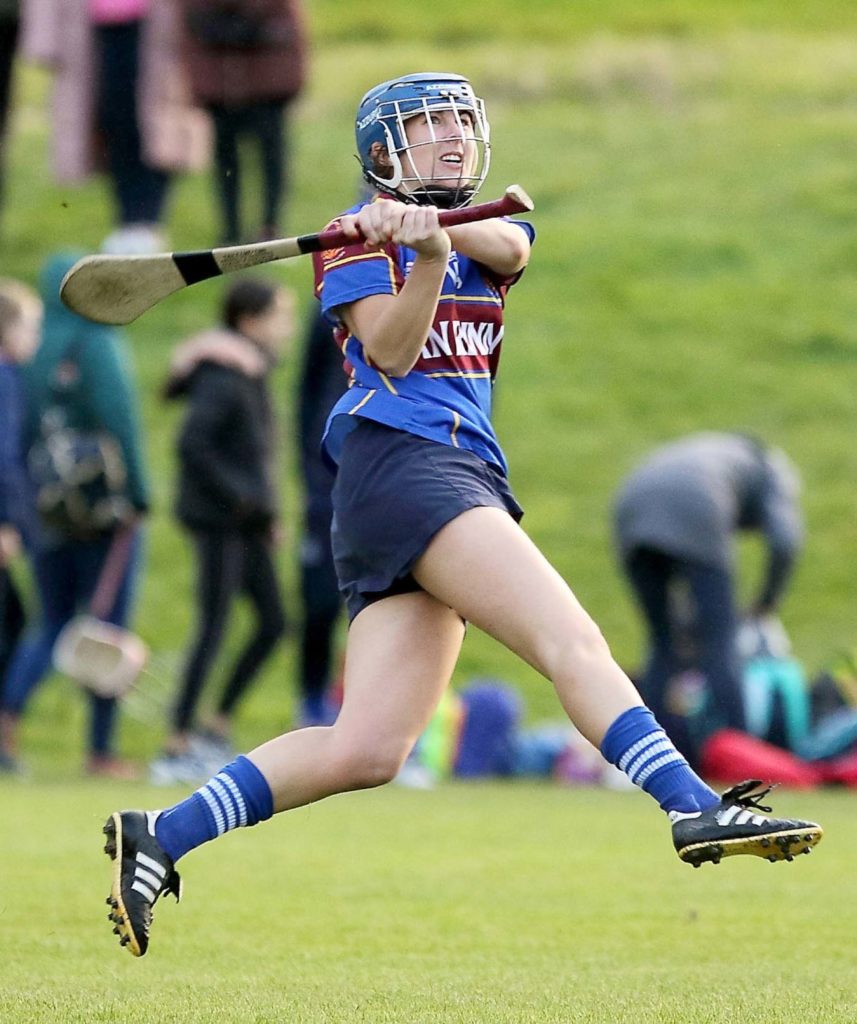 This year’s County Intermediate Camogie Final promises to be a lively affair as two western clubs Modeligo and An Rinn do battle.
Both of these clubs are at this stage of the championship after coming through two exciting semi finals. An Rinn had a straight forward enough 2-13 to 2-7 win over Brickey Rangers at the WIT Arena two weeks ago, while at the same venue earlier in the day Modeligo needed a point in stoppage time to force the game into extra time against Butlerstown and in the extra 20 minutes they found a new lease of life to win the game 4-14 to 3-10.
That win will give Modeligo plenty of confidence going into this game. They are a relatively new club who are only playing in the adult grades a very short time but in that time they have managed to put together both an Intermediate and Junior team.
A number of players will have made many sit up and take notice in that win and it will be interesting to see what team the selectors put out for this game.
In players like Chloe Power, Tara Fraher, Ellen and Aoife O’Byrne, Mary Kate Curran, Katie Buckley and Clare Walsh down the spine of the team they have some fine players while the likes of Anna Hickey, Mairead and Rachel O’Brien, Rhona Drohan and Emma Fitzpatrick who could play in positions closer to the sidelines are also players that they will be looking for big performances from.
An Rinn are a more experienced side at this level and they have some well known names in their set up Kelley Moroney in goal has played ladies football for the county as has Katie Hannon. Áine Ni Chrotaigh was part of the Waterford senior panel this past year. Fiona Morrissey is a player that nobody needs introducing to. Emer Scanlon and Aoife Landers in the middle of the field are well known names in both ladies codes, while in attack Máire de Róiste, Onelia Ní Fhaoláin, Sarah Morrissey and top scorer in the win over Brickey Rangers Fiona Rochford are players that can pick off their scores.
When the two sides met in the round robin section of the competition it was An Rinn that came out on top in the first series of games winning 3-12 to 2-2. This would suggest that they are the stronger of the two sides and get the nod to win here, but Modeligo will go into this game a side full of confidence after showing how they came from behind to beat Butlerstown in the semi-final. 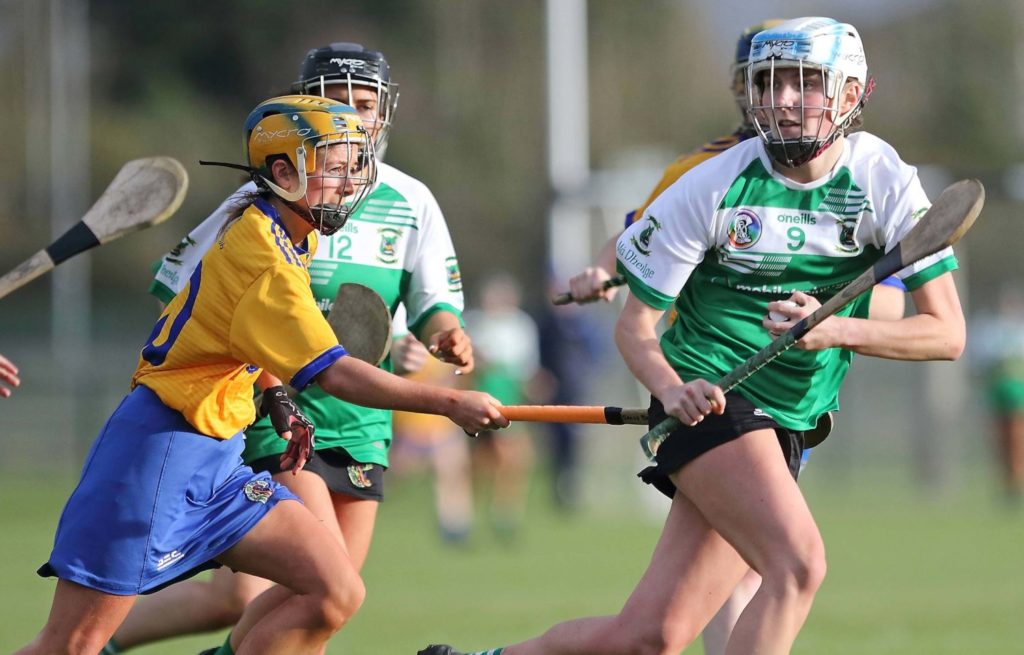 Modeligo’s Mary Kate Curran on the attack for her side against Butlerstown in their semi-final.

This year’s County junior Camogie final is a repeat of last year’s final where Portlaw ran out 2-8 to 1-8 winners at the WIT Arena after the two sides had fought out a nail biting draw at Colligan in the original decider between the pair.
Portlaw are through to this year’s final by virtue of topping a five team group while Tallow had to beat Abbeyside in the semi-final recently at Cappoquin.
Both sides are likely to show a number of changes to last year’s team.
For Portlaw players like Zara O’Donnell, Georgina Harris, Molly Davey, Abbey and Emma Norris, Laura Laffan, Ellen Boylan, Chloe Nolan, Shauna Gaffney-Hayes, Sarah Fitzgerald, Kate Foley and Laura Corcoran played in the win over Tallow last year and will be looking to be involved again this year and be hoping for back to back wins over the Bridesiders in a final.
Like Portlaw, Tallow will most likely to have changes to the team which lost last year’s decider but the majority of the team that started that day are involved again this year. That means they will be able to call upon the likes of Elaine Sheehan, Nicole Curley, Sarah Mulcahy, Aisling McGrath, Shauna Corcoran, Rachel Roche, Kate Ryan, Katherine Coakley, Amy Mackintosh, Claire Curley, Leanne Sheehan, Linda Casey and Abbie Ryan.
The two sides met in the opening round of fixtures in this year’s championship and on that occasion Portlaw ran out winners on a 3-10 to 1-11 score line.
Often in the ladies games when two sides meet twice in the same competition in a short space of time, the side that loses out in the first game is often the side that learns the most about their opponents and often win out the second day. This therefore should give Tallow hope going into this game. The advantage of playing a game since the group stages of the championship will stand to Tallow as they will head into this game a little bit more up to championship speed, but in saying this, something is telling me that it will be two in a row for Portlaw in final meetings between the pair. 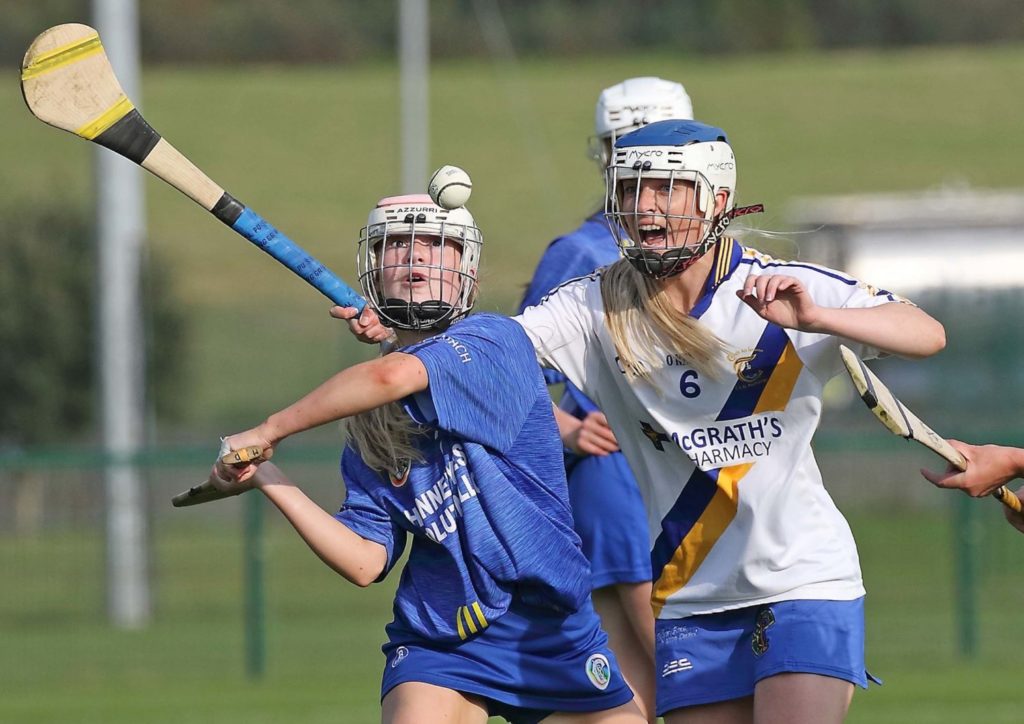