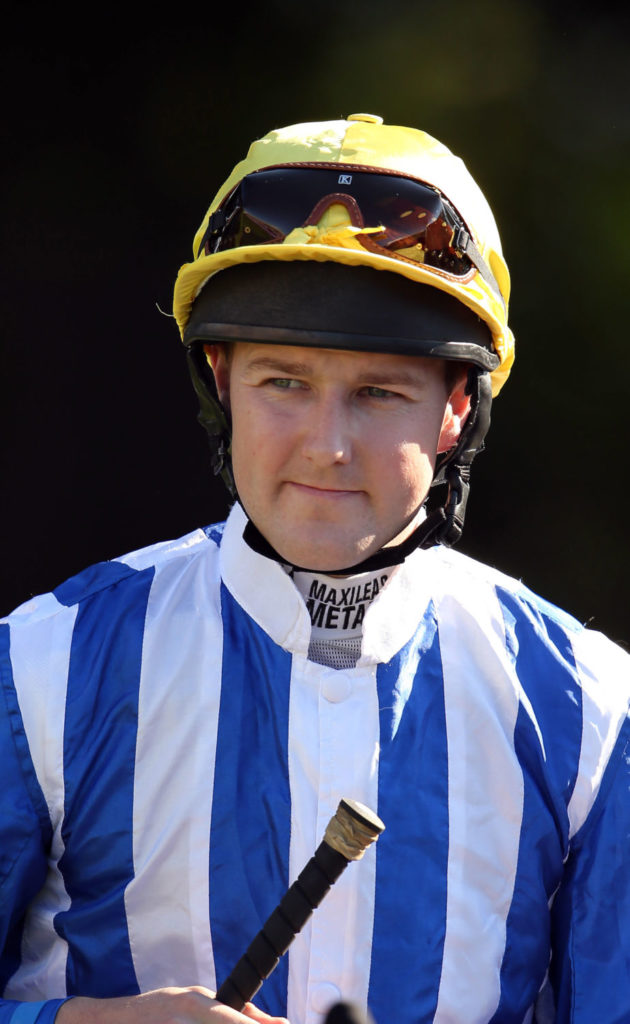 Waterford jockey, Tom Queally (37), is set for a lengthy spell on the sidelines after he suffered a fracture to a vertebra in his spine following a fall in the paddock at Kempton last week.

Queally was due to ride the Charlie McBride-trained Here At Night in the 6f novice last Friday, but he was unseated in the paddock beforehand and was stood down from the remainder of his mounts on the card.

The jockey, who was also badly bruised in the incident, does not have a timescale on when he can return.

He said: “I have a transverse process fracture to my L4 vertebra, I also have bad bruising to most of the right side of my body which took the impact. I’ll be on the sidelines for a while I imagine, but it’s stable and doesn’t require surgery.”

Power up to 70th in the World Rankings