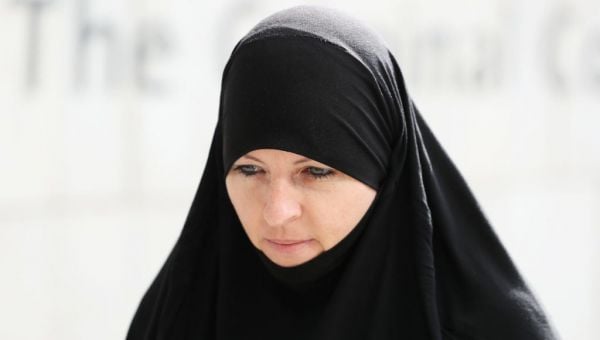 International witnesses in the case of former Defence Forces member Lisa Smith, accused of ISIS membership, will not be forced to travel to Ireland due to the Covid pandemic, the Special Criminal Court has ruled.

At the three-judge court on Friday, presiding judge Mr Justice Tony Hunt said the court would allow evidence to be called from three witnesses in the case by video-link as it was either “undesirable or not possible” for them to travel to Ireland.

Two of the witnesses are in Australia while another is in the US.

Ms Smith’s defence had objected to the application and had pointed to difficulties with video-link evidence in the trial of Aaron Brady, who was convicted of the murder of Detective Garda Adrian Donohoe.

A key witness in that trial was giving video link evidence in front of the jury when an unseen man interrupted her, with the judge subsequently warning the jury about the dangers of relying on her evidence due to the interruption and possible interference.

Ms Smith (39), from Dundalk, Co Louth, is charged with an offence contrary to the Criminal Justice (Terrorist Offences) Act 2005 for being a member of unlawful terrorist group Islamic State (ISIS) between October 28th, 2015 and December 1st, 2019.

The 39-year-old is also charged under the same legislation for financing terrorism by sending €800 in assistance, via a Western Union money transfer, to a named man on May 6th, 2015.

The State had asked the non-jury to write letters to authorities in the US and Australia, so that prosecution witnesses could avoid travelling to Ireland in January because of Covid-19.

Michael Bowman SC, prosecuting, had previously told the court that two proposed witnesses are a retired Garda and a member of the Australian police force in Australia while a female witness was in the US.

On Friday, Mr Justice Hunt said he was satisfied that conditions to allow the prosecution application had been met due to the “current public health climate”, adding that it would take “more than one flight to get here”.

Mr Justice Hunt said the public health situation was “not likely to get better” between now and the time the evidence is due to be called. Ms Smith’s trial begins on January 11th, 2022 and is scheduled for 12 weeks.

The judge said it was not desirable to force people through a number of airports in the current climate.

Mr Bowman said it would still be up to the witnesses if they wish to travel or not, but they would be invited to do so.

Mr Justice Hunt adjourned the case to December 13th for an update on how matters were progressing.

At a previous sitting of the court, defending barrister Michael O’Higgins SC said that the application was “not in a country mile” of meeting the criteria for the court to give the order.

Mr O’Higgins said his client travelled around the Middle East and found herself in an area known as ISIS, which, he said, was a State comprising areas in Syria and Iraq.

The barrister added that anyone voluntarily living there made them “automatically” a member of ISIS.

Mr Justice Hunt previously asked Mr O’Higgins: “How is it [the application] deficient?”

Mr O’Higgins said that difficulties with video-link evidence “raised its head, full on,” in the trial of Aaron Brady, who was convicted of the murder of Detective Garda Adrian Donohoe.

Mr O’Higgins said that in the Brady trial, when “the world was closed down” due to Covid, evidence had to be called as to why witnesses from the US could not travel. He added that the prosecution in the case of his client “offered no evidence” as to why a video-link was needed.

Counsel said that there were 10 flights a week between Ireland and Australia and that “in five minutes” a flight could be booked from the US.

He added that his client had the right to examine and cross-examine witnesses in person.

Mr O’Higgins had argued that there was a “low threshold” to meet for the prosecution to be granted their application, which they had not met.

Updating the court, counsel said that there were “a thousand” pages of interviews with his client which, while straightforward, would take a “great length” of time to be read into the record.

Mr O’Higgins had said that there were a small number of witnesses as to the state of mind of his client which could be “time consuming” and a “host” of expert witnesses to offer their opinions.