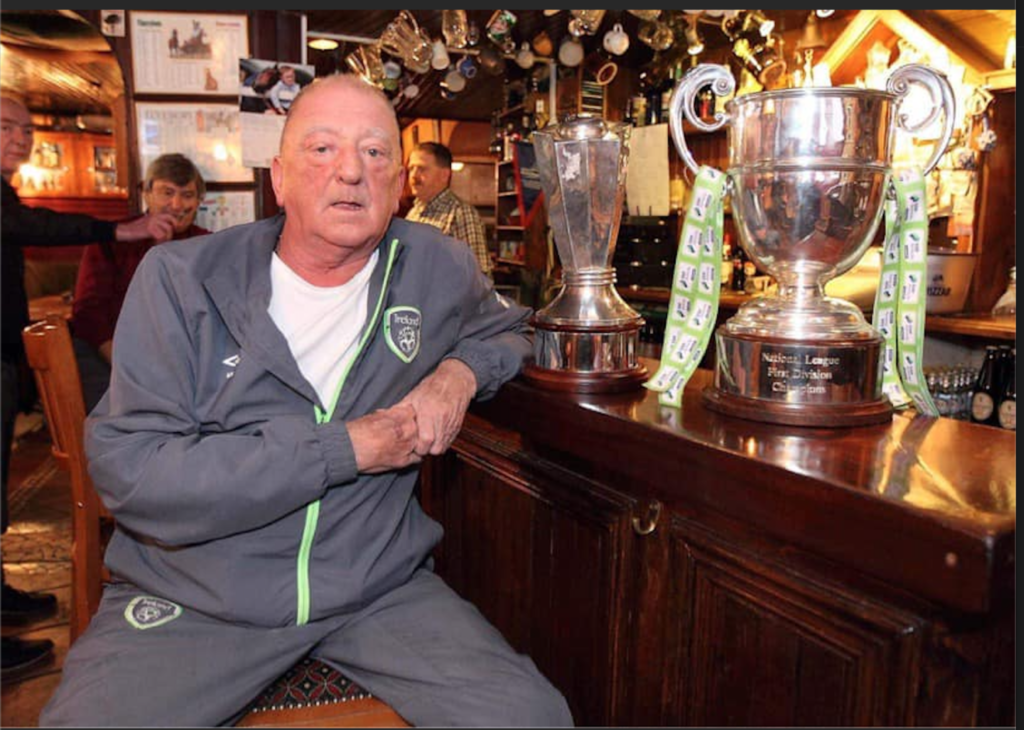 There was widespread sadness across the football and wider community yesterday (Friday) when the news filtered through that Johnville stalwart, and current club chairman Jakes Keane lost his battle with illness at the age of 68.

Christened James but known throughout his life as Jakes, he was a former player with the St. Martin’s Park club, and came from the famed Keane family with his brothers Tom, Johnny and Paschal in particular, donning the Waterford jersey at League of Ireland level.
He had a passionate love for underage football in recent years, and took great interest in the Johnville club where in recent years he spent his time to the forefront of their fundraising efforts.

He was also a well-respected of the Waterford Sports Group committee where he helped many clubs in their fundraising drives.
An avid Manchester United fan throughout his life, Jakes took great pride in every Waterford team that done well at local, provincial, and National level. He was often available at a drop of a hat to bring any player that may be stuck to attend a trial, training session or game for club or county. He was a true gentleman.

A former glass blower with Waterford Crystal for many years, Jakes will also be remembered fondly for his work with Alcoholic Anonymous Waterford Branch, and was always a listening ear to any young person who suffered addiction in this field. He was much loved and respected by so many for his work in this area.

A great family man, Jakes’ son Jake Jnr is a current Youth player with Johnville FC, and a member of the current Waterford Youth Inter League team, and there’s no doubt that Jakes took great pride in this achievement when his son was selected for the squad.

In paying tribute to Jakes Keane, Johnville FC said, “Jakes was one of the most recognisable, and loved members of our football club. He done untold amount of hard work and his dedication to the club with various different roles was incredible.
“He manned the AstroTurf seven days a week, coaching, and mentoring from academy ages all the way up to u18’s, the club lotto, and many other thankless tasks and jobs that has helped keep the club running these past few years.
“He took great pride in watching his son Jake training and playing and was so proud to see him excelling in his teams, particularly this season with Jake leading the way at u19 level, breaking into the Division 1A team and been part of the Waterford Inter-league U-18 squad, but no matter what team was playing he would be there to support them, with maybe the odd jeer or two thrown in to keep you on your toes!

“Jakes was many things to many people, a chairman, a committee member, a coach, a mentor, a shoulder to cry on, and a man to share a laugh and a joke with, but to everybody who passed through the gates of St Martin’s Park, he was a friend. He would do absolutely anything he could for anybody who needed him, and he will be sorely missed by all at Johnville FC and of course throughout the wider Waterford footballing family.”

Jakes is survived by his wife Nuala, sons Jake and Gareth, extended family and friends to whom we offer our deepest and sincerest sympathies on the loss of a great character, storyteller, and hard worker, who always thrived by helping others.

May he rest in peace.