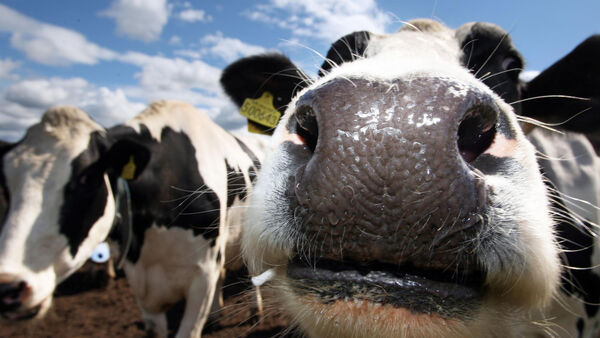 THE new Common Agricultural Policy (CAP) is all but certain to be given the thumbs up when voted upon by MEPs tomorrow following a debate which is scheduled to run for three hours.

If approved by parliamentarians in Strasbourg, the new CAP rules will be applicable across the EU by 2023. The vote takes place at 11am with the results expected to be known by 3pm (both times given are Irish).

The spokesperson noted the Parliament’s insistence that the European Commission must check that the strategies provided by each Member State remain consistent with biodiversity strategy, price agreements and environmental measures.

“Thirty-five per cent of the Rural Development Fund will go for environmental issues and 25 per cent of Direct Payments will go to so-called eco-schemes, such as organic farming and investing in animal welfare,” the media were told in Strasbourg earlier.

Midlands/North-West MEP Luke ‘Ming’ Flanagan (Ind) believes that Member States “could have and should have” set higher minimum benchmarks via the new CAP. “However, I intend to support the deal and the important new concepts within it and continue to work at the national level to ensure that the minimum targets are not only met but surpassed”.

Reaction from Irish farm leaders to the reformed package has been mixed at best. IFA President Tim Cullinan said the CAP proposal was one of many being supported by Government which he claimed was “all about reducing production and adding cost”.

Mr Cullinan described the new eco-schemes detailed in CAP 2021 as “a leap into the unknown. It would be far better to reduce the level of funding set aside for them and leave as much money as possible in the basic payment,” he said.

A Macra na Feirme delegation, led by President John Keane, met with Agriculture Minister Charlie McConalogue (FF) on Wednesday last where he and the Macra group called for the new CAP to “deliver for young farmers and their futures”.

Said Mr Keane: “The number of young farmers involved in farming by 2027 will be the litmus test for the success of this CAP and its delivery on the objective of Generational Renewal. That target will be required by the EU Commission and will be the Department’s best chance of getting the CAP Strategic Plan (CSP) through the Brussels system.”

Meanwhile, ICMSA President Pat McCormack has suggested that a further tightening of tightening of CAP regulations and the possible inclusion of non-productive features on farms, could see Irish dairy farmers losing up to 27 per cent of their herd.

“So this is where a one labour unit is at the moment – fighting for survival,” he said. “At an individual farm level, the scope to expand a dairying enterprise still exists. However, on a collective basis, the scope to further increase output does not exist, certainly at the rate that we have witnessed over recent years.”