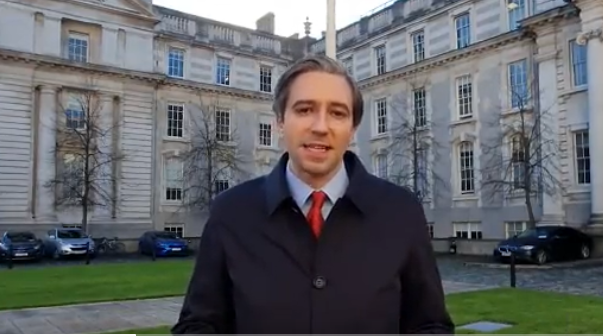 OLDER readers may recall the 1982 general election when Fine Gael ran three candidates, Austin Deasy, Eddie Collins and Katharine Bulbulia. The latter was unsuccessful although some suggested that a proper pact, sharing Mr Deasy’s west Waterford vote, would have returned three seats. It’s hard to believe that FG now has no seat in this constituency, but It’s not hard to see why.

One can only look askance at the recent comments by Minister for Further Education Simon Harris when visiting the Carlow/Kilkenny constituency. What is the man at? Senator John Cummins must think his general election hopes are being toasted in front of his eyes as Harris promises TUSE largesse all over the region without really committing to WIT’s lead role!

Not, mind you, that we want to see Simon if his previous form as health minister is anything to go by. I think he was in Waterford once under that guise, to meet the cardiology and UHW staff in the Woodlands Hotel. But, is Harris really blundering around or is there method in his madness?

‘Is Harris really blundering around or is there method in his madness?’

The TUSE merger between WIT and Carlow IT has been agreed, albeit an atrocity as the recent Sunday Times University Guide showed. WIT top of the Institute of Technology rankings and Carlow last of all. Seventeenth out of seventeen! A marriage made in Hell with the chief priest running around promising all things to all men.

I understood that the Minister has no power to decide the future direction of the TUSE once the institutions agree a merger. The pre-emptive decision to develop a new campus in Wexford was on the table before the merger and the money to do that development is supposedly ringfenced. So be it, although rumours abound that the long delayed new WIT engineering building is delayed by Harris to facilitate a start on development in Wexford.

His talk of including St Patrick’s College in Carlow and a new Kilkenny campus in the process seems aimed at undermining trust and confidence in the institution from the very start. Does the man know what he is doing? Does he care? Are political developments in the south east more on his mind than the creation of a university, however flawed, which might deal with the educational and economic deficits of the south east?

Consider the divide within the Fine Gael party. The Varadkar/Coveney split is there since the last election for party leader, but it is no secret that Simon Harris is positioning himself as a leadership candidate. Allegations of leaks and dirty politics surround him. Is the current paucity of Fine Gael seats in the south east his chosen battlefield? Is his promised “university status” for everywhere the chosen weapon?

The toxic politics of the region seem made for him. Fine Gael currently has one TD in the south east, John Paul Phelan. Pat Deering of Kilkenny seeks to regain his seat, while the career of Wexford’s Paul Kehoe of Wexford has stalled. Is Harris surrounding himself with the disaffected?

Was it Phil Hogan who uttered the immortal words “there will be a university in the south east but the name Waterford won’t be over the door”? Which one of Brendan Howlin’s Wexford Labour Party acolytes said, “If Waterford gets this university, Wexford will be ruined”? In this febrile atmosphere politicians in the region have lost sight of what matters, which is the development of a top level university of scale. Carlow IT has had a Wexford campus for nearly 20 years without it ever succeeding. It’s been a money pit.

WIT has ploughed money into the PACE research centre in Kilkenny as part of the TSSG and has very successful agriculture courses at Kildalton in Piltown, but these are forgotten in the political race to carve lumps off WIT campus and bring them “home”. Harris has called open season on WIT and politicians, as ever, want something to “point at” in their county towns. Brendan Howlin and Phil Hogan were particularly desperate in that regard. Both should go to Clonmel or Thurles to see the failed mini-campuses developed by LIT, which have singularly failed to attract students.

Party politicians like Mary Butler, Marc O Cathasaigh and John Cummins must follow their party line, but when seminal decisions on the future of the TUSE, which will impact Waterford forever, are imminent, constituency loyalty should be to the fore. It is a delicate task, especially when your party is in power and the leadership perception of negative comments may destroy hopes of project delivery, but it must be done.

Our party representatives have rarely shown much ability in that regard and in Ms Butler’s case have even sided with others against their own. Matt Shanahan is ploughing a lonely furrow to stay on side with government while highlighting the continuing deficits in UHW and WIT. His recent Dáil contributions have been succinct, but one senses an ever increasing frustration with the gap between ministerial acknowledgement and official delay.

However, the most worrying aspect is the benign “t’will be grand” TUSE position adopted by David Cullinane. Like FG in 1982, SF proposes to run three Waterford candidates in the next election. Poll figures support that move although some say SF are peaking too far out from the election itself. That remains to be seen as dissatisfaction with the current government’s handling of housing and health feed inexorably into the party’s support.

Mr Cullinane is positioning himself as a national politician and the next minister for health. Fair enough, but his position on the TUSE reeks of a party political stance which may forever damage his native city. Wexford and Carlow /Kilkenny five seat constituencies each have one SF TD. As in Waterford, SF hopes for two seats in both. He has the luxury of supporting the TUSE to deliver to both those areas with ministerial promises of major expansion to WIT. If the process goes badly wrong for Waterford with promised development and leadership going elsewhere, he can be Pontius Pilate and blame the machinations of the present government. Either way, the narrative feeds into the SF agenda. Unfortunately, it will then be too late for Waterford.