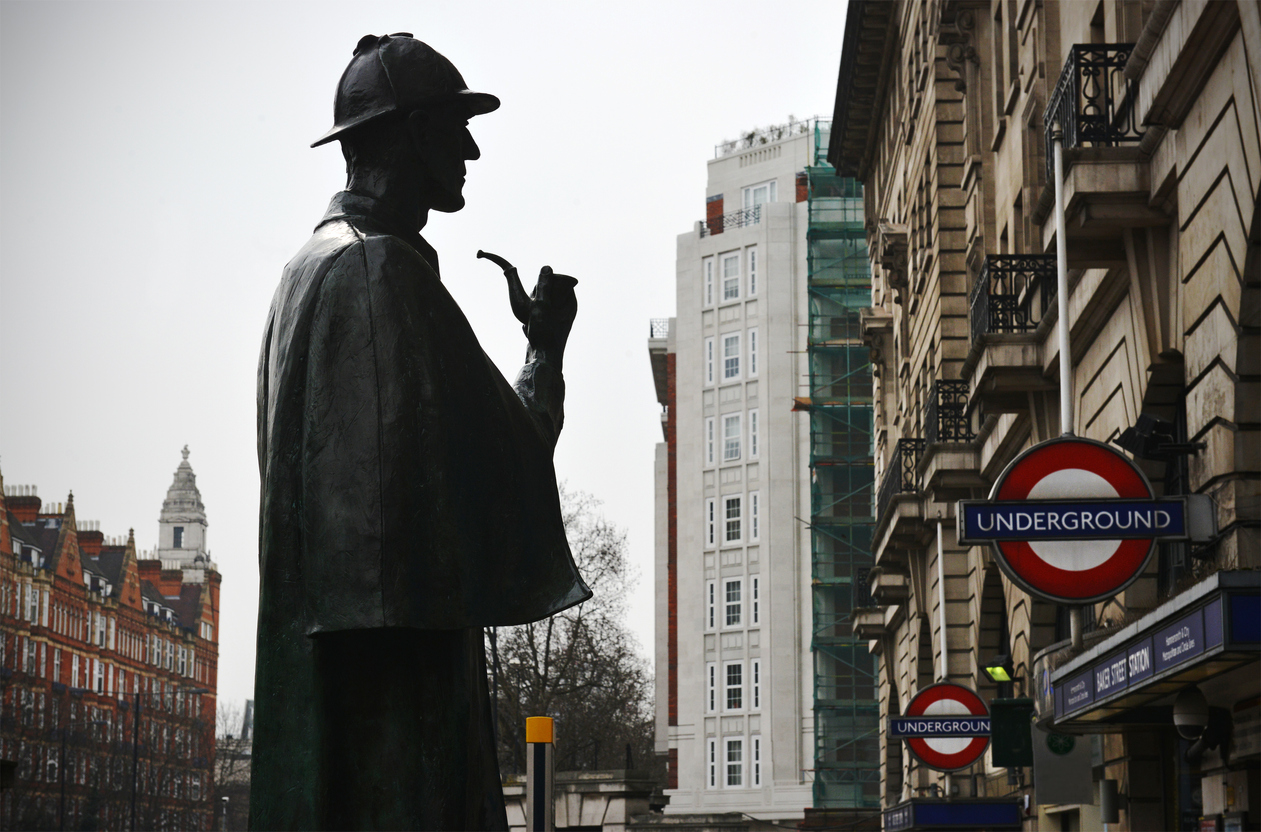 WHEN it comes to the world of fiction, there can be few better known names than that of the renowned sleuth Sherlock Holmes created by Arthur Conan Doyle. Holmes’ astounding powers of deduction and his superior intellect made him a legendary character. Growing up, my first awareness of the mighty Holmes would most likely have been the story of the Hound of the Baskervilles.

To this day I love a good mystery and I’m a sucker for the old Basil Rathbone era Sherlock Holmes films where he did battle with the forces of evil and, in several instances, pitted his wits against his arch enemy, the diabolical Professor Moriarty. A number of fine actors have portrayed the brilliant master of detection down through the years but I’ll always come back to the early movies. I even bought a box set. Essential viewing.

‘Mary was born here in the Déise and while in his 20’s, the young Doyle travelled to Lismore and stayed at Ballyin House and Ballygally House’

Funny to think it was only relatively recently that I became aware of the creator’s links to County Waterford. Arthur Conan Doyle was born on May 22, 1859, in Edinburgh, Scotland, to Irish woman Mary Foley. Mary was born here in the Déise and while in his 20’s, the young Doyle travelled to Lismore and stayed at Ballyin House and Ballygally House courtesy of her side of the family. He would have journeyed by rail travelling along the Waterford, Dungarvan and Lismore Railway which was known as The Duke’s Line because of the Duke of Devonshire, who was chairman of the company responsible for its construction. Doyle documented his trip in ‘To the Waterford Coast and Along it’, an essay which was published in the British Journal of Photography in 1883. A source has it that on one occasion, Doyle, a trained physician, spent time aboard a whaler ship in the Arctic and upon his return, took some time here in Ireland where he reportedly enjoyed a spot of cricket and lined out for the local Lismore outfit. Unfortunately they were beaten by the 25th Regiment and also by Cahir.

As his fame grew and more and more people became aware of Doyle, he started to receive what we’d refer to today as fan mail. He took the time to send a postcard in response to one enquiry. Mr E Alan Downey of the Waterford News contacted him in 1914 seemingly seeking clarity on Doyle’s visiting the County to which Doyle replied, “Dear Sir, In answer to a kind query, I never slept in Waterford tho’ I have passed through it. I was on a visit to my relations the Foleys of Ballygally near Lismore. Yours sincerely, A Conan Doyle.”

So where did this incredibly sharp mind have its origins? Apparently the character of Sherlock Holmes was somewhat based on Doyle’s old university teacher Joseph Bell. Adding some weight to this is the comment by another legend of literature, Robert Louis Stevenson who noted the striking similarities and commented: “My compliments on your very ingenious and very interesting adventures of Sherlock Holmes, can this be my old friend Joe Bell?”

Sherlock Holmes first appeared in 1887 in the novel A Study In Scarlet. Three more novels would follow and 56 short stories featuring the great Holmes and his faithful sidekick and friend Dr. Watson. The escapades of Holmes are of course now legendary and well cemented in the annals of books and films but what of Doyle himself?

He had been a doctor and studied ophthalmology in Vienna. Doyle reportedly believed in compulsory vaccination and in the light of current events, he most certainly would have had no time for “anti vaxxers” whom in his own day he strongly condemned. He was also known to be keenly interested in spiritualism which was very trendy at that time and he was reportedly involved in freemasonry.

Doyle was a personal friend of the amazing escapologist Harry Houdini. He tried unsuccessfully to get Houdini to publicly admit that in his feats and daring escapes he used supernatural powers. Houdini would have none of it, however, repeatedly stating that his stunts were based on illusion alone. Sadly the two would not remain friends and fell out rather badly over the matter. Houdini expressed total disregard for the spiritualist movement of the day, something he believed to be fraudulent. 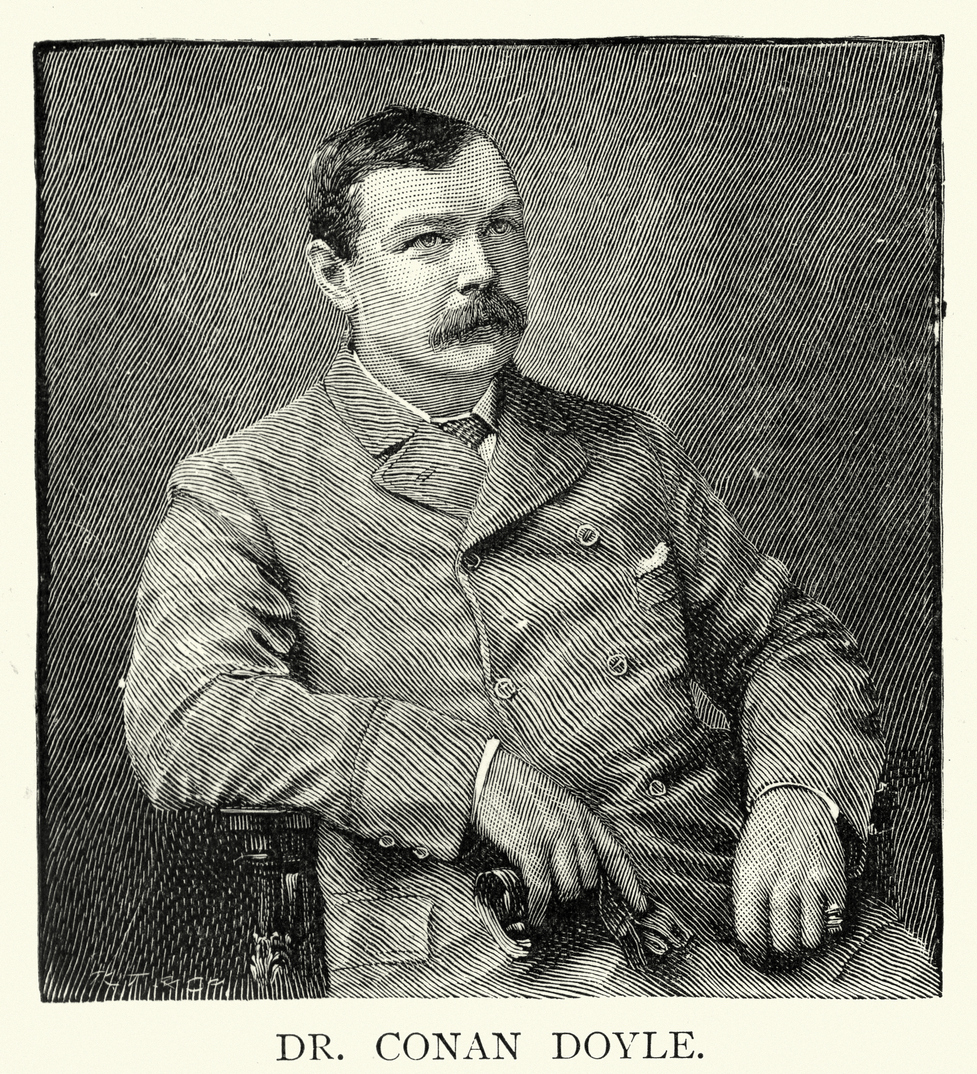 Arthur married twice and along with Louisa Hawkins, his second bride, he returned to Ireland and honeymooned here. He considered himself quite Irish going as far as to say in his autobiography, ‘Memories and Adventures’: “I, an Irishman by extraction, was born in the Scottish capital”.

With the Irish history and his clear Waterford links, I can’t help but fantasise what he might have written had he based some of his famous character’s exploits in Lismore and surrounding hinterland. Imagine a case revolving round a gruesome murder on the train to Lismore or a grizzly ghostly apparition at Gallows Hill in Dungarvan? A demented poisoner who baffles Dr. Watson but comes undone when under the scrutiny of the incomparable Sherlock Holmes. Perhaps a dodgy beverage imparting the fatal dosage? “The Case of The Ballyduff Brandy?” Then again, how about a whiff of intrigue that terrifies the locals who believe a glut of untimely deaths are down to an ancient prophecy in “Sherlock Holmes and The Cappoquin Curse”? The possibilities are indeed both endless and at the same time mouth-watering.

Imagine a storyline where Harry Houdini himself makes an appearance in the Déise dropping in on his old friend to try to bury the hatchet, only to find himself embroiled in a supernatural mystery that only Holmes can unravel. “The Strange Copper Coast Creature Affair”. I’m tempted to suggest with a little poetic licence, okay maybe quite a bit, we could have some epic stories ready to be made in to a six-part TV drama series in a heartbeat. We could probably throw in a juicy Greenway killing or three to be part of the mix too.

Joking aside, Holmes will live long in literature no mistake. Benedict Cumberbatch did a fine job playing the character in the most recent incarnation. There will likely be others. Thank you Arthur for your creation. Long may he reign over evil doers and villains, wherever they may lurk and enthral readers and viewers for decades to come.