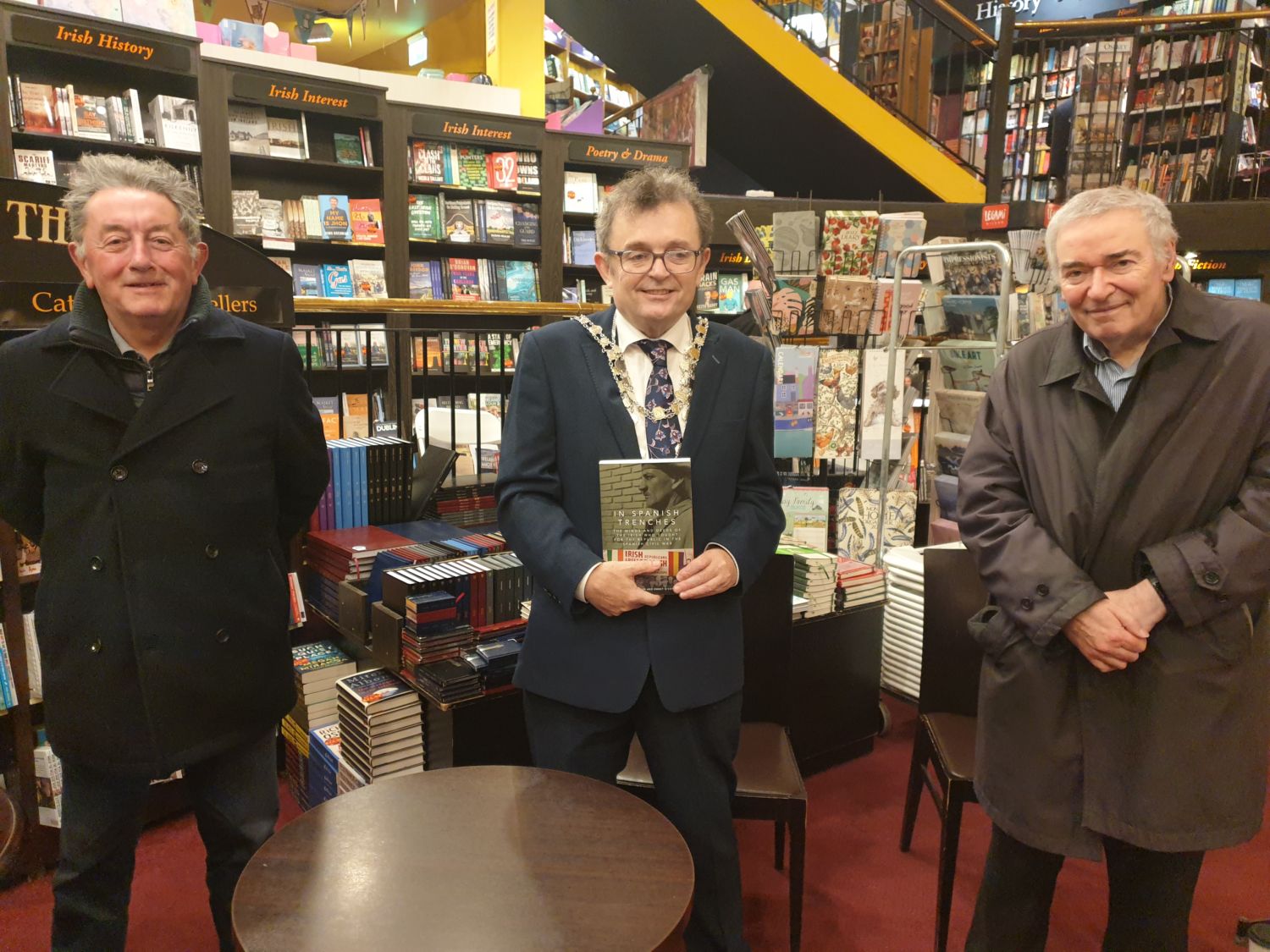 ‘In the Trenches’: L to R: co-authors Barry McLoughlin and Emmet O’Connor with Mayor Seamus Ryan centre at The Book Centre.

THERE’S a romanticism about the Irish involvement in the Spanish Civil War that still excites the interest of Irish people – especially Waterford people. Every year the commemoration of the Brigade at the top of Colbeck St. attracts a large crowd. It’s not surprising really given the involvement of a number of Waterford volunteers for the International Brigade.

Mayor Seamus Ryan introduces the authors and launches this welcome investigation into Irish involvement in a conflict that found Irishmen fighting on opposite sides. It was a conflict that destroyed much of urban Spain, left 200,000 fatalities in battle along with an unknown number of civilians killed in air-raids, 150,000 executed by the Francoists along with another 20,000 executed after the war, 200,000 killed on the flimsiest of legal pretexts with an unknown number of Franco’s enemies that ‘died’ in prison or in villainous work-camps. Add it all up and the figure for fatalities in the Spanish Civil War is around 1 million people.

Labour’s Mayor Ryan has always felt a close affinity to the Irishmen that fought for the republic against fascism in Spain and was one of the prime movers that established the memorial – now located at the top of Colbeck St – that celebrates and acknowledges the sacrifice of those republicans. Séámus references the nine Waterford volunteers of principle – including Mossy Quinlan who died at the Battle of Jarama – and the fact that only three of the volunteers found work in Waterford. Branded as ‘communists’, the others were forced to emigrate. Darker times.

Mayor Séamus also reminds us of the possible rise of fascism as expressed by right-wing populist politicians/commentators in our own times and his timely reminder sees heads nodding in agreement as woke populists seek to suppress free speech among academics and journalists.

Dr. Emmet O’Connor explains his involvement in the book that backgrounds his own father’s experiences. Emmet’s dry sense of humour is found in a series of anecdotes that details the quite extensive coverage of world affairs in local newspapers. Dr. O’Connor notes the mindset of an age that had clearly different values where small towns in rural Spain that had paltry educational and health facilities sat side-by-side with sumptuous cathedrals. Emmet questions what the Irish volunteers did when they landed in Spain and explains their conditions and paltry pay. O’Connor also explores the story of Frank Ryan and adds that he will always be grateful to him for sending his father home before he would certainly have been killed. 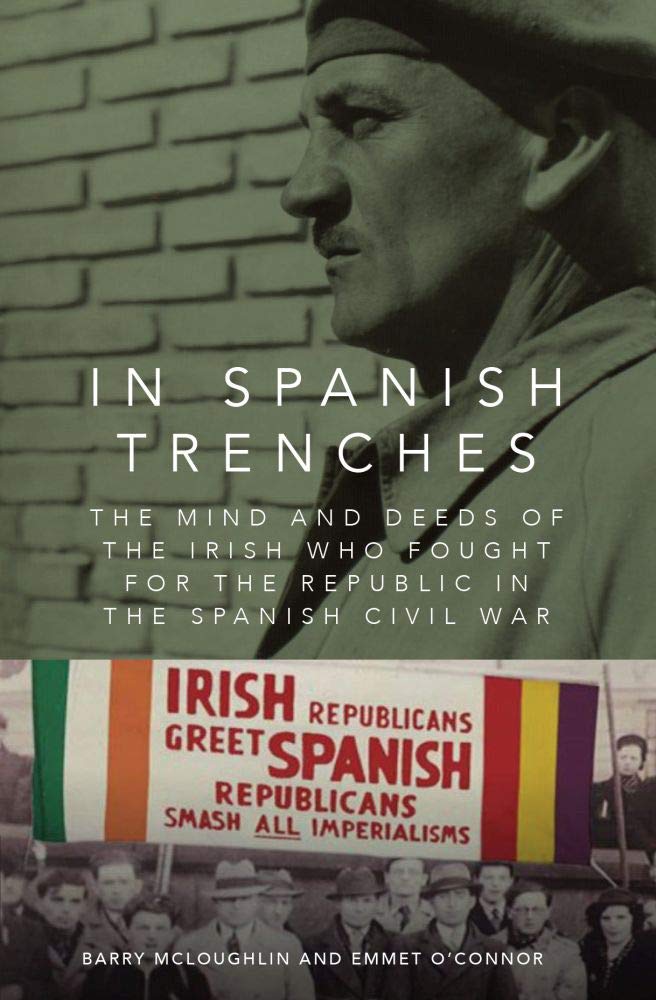 Co-author Dr. Barry Kennedy developed more fully the story of the heroic Frank Ryan and what became of him. Barry detailed the background to the story of the Irish involvement in the war where even the olives were bleeding. “Most of the Irish volunteers were Republicans and decidedly anti-monarchist and half of them had some military experience. Only a quarter,” explained Barry, “went directly from Ireland, with the rest coming from overseas. The rate of fatalities amongst the Irish was very high at 29% and the returned soldiers were underweight, shabbily dressed and shod and malnourished.”

I was delighted to see the large crowd in attendance for the book launch and to meet the authors and that signed copies sold well.

Some signed copies of ‘In Spanish Trenches’ by Emmet O’Connor and Barry McLoughlin are still available at the Book Centre priced €30.