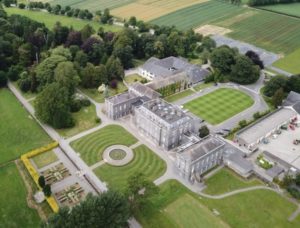 KILDALTON Agricultural College, based in Piltown, will not form a statutory element of the new Technological University of the South East (TUSE).

Run by Teagasc, the semi-state Agriculture and Food Development Authority, Kildalton represents the largest third level footprint in County Kilkenny. However, its status as a separate arm of the State precluded it from being part of the TU application process.

In a statement to the Waterford News & Star, a Teagasc spokesperson commented: “The establishment of these Regional Technical Universities has overlapped with a number of the IOTs that are working with both Teagasc and Private Agricultural Colleges.

The statement continued: “Kildalton College, along with the other Teagasc Colleges, continue to have considerable long-standing and ongoing collaborations with many of the Institutes of Technologies and Universities, and the formation of the Technical Universities is not viewed as impacting on this collaboration, nor would it restrict the development of further courses should the need and resource provision arise to do so.”

“As the new TU for the South East moves a step closer, WIT looks forward to developing and evolving its relationship with Teagasc’s Kildalton College based in Piltown, County Kilkenny to deliver sustainable land sciences education in the South East.”

A WIT spokesperson said the Institute “has enjoyed 44 years of positive engagement with Teagasc’s Kildalton College, an important training site for land sciences education in Ireland. One of the most successful elements of WIT’s relationship with Kildalton College is the opportunity for Teagasc students to progress from Level 5 and Level 6 courses into WIT’s Level 7 and Level 8 degrees with the possibility to move right up to PhD level.”

Kildalton is the largest of the Teagasc colleges with over 1,400 students attending courses in Piltown every year.