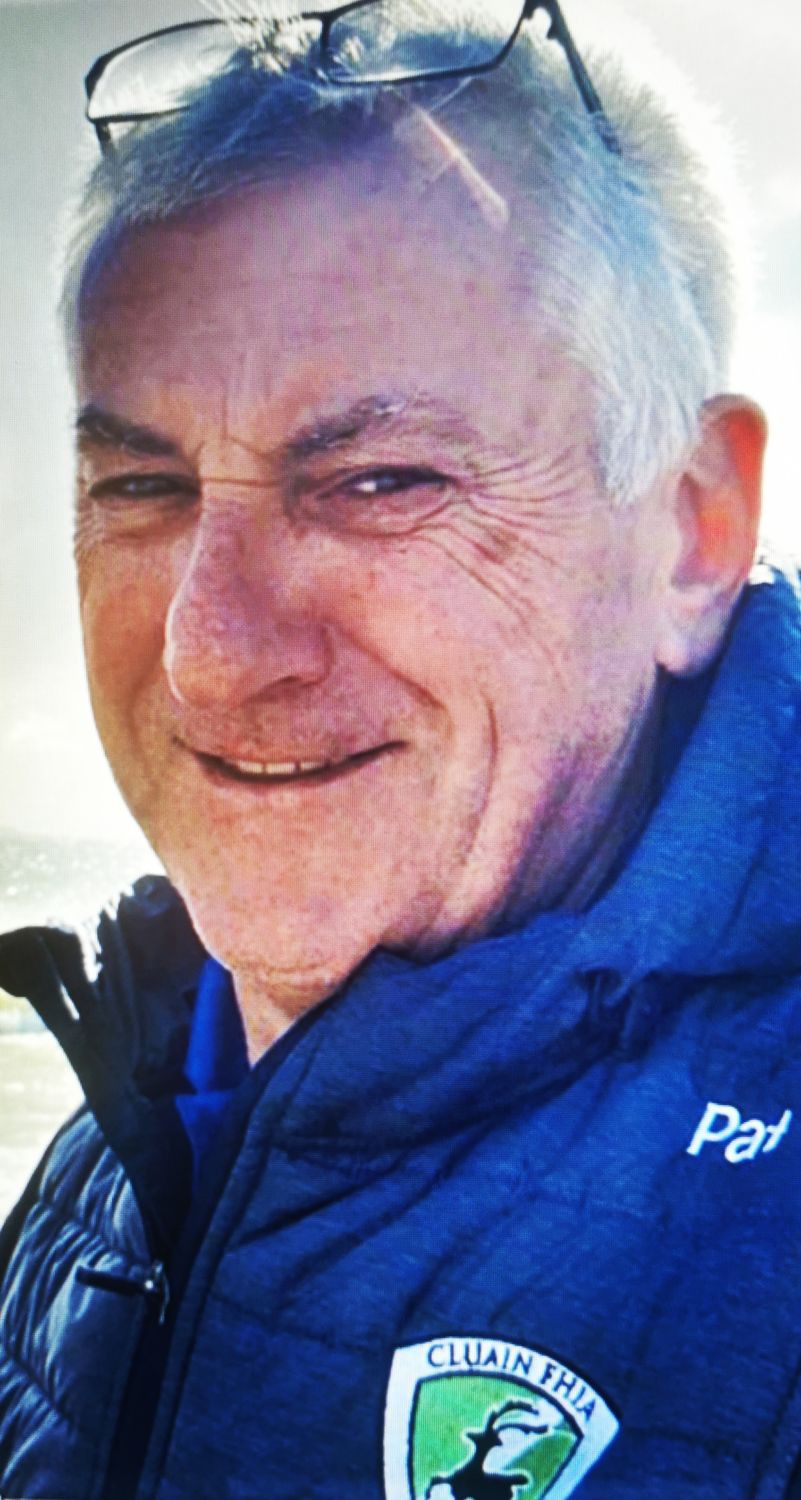 Pat Hunt of Ballynob, Carrick-on-Suir who died on November 12, was as synonymous with hard work as he was with Clonea-Power GAA Club.

THE green and white flag of Clonea GAA Club was draped over Pat Hunt’s coffin when carried into the Church of Saints Cuan and Brogan for his Requiem Mass on Tuesday last, November 16.

The sky was blue, the sun was high and the stream which cuts through the adjacent cemetery, torpedoing into the River Clodiagh, was louder than the November breeze. As stunning a day as it was devastating. Not one that will be easily forgotten.

Just 56 when he died on Friday, November 12, Pat had wrung innumerable drops from family, work and Gaelic Games but there was so much more to do, so much more to enjoy. And it will take some time for the community to which he gave so much to adjust to life without him.

Fr Fagan acknowledged Pat’s “service to the local community”, the passing of “a committed GAA man, a man respected near and far throughout the county and further afield”. He spoke of Pat Hunt’s gentle, compassionate and loving soul, adding that Pat was a “unique person” who had lived a life “of grace and goodness”.

During his sermon, Fr Fagan said that Clonea was united by the loss of a “a great family man, a stanch GAA man, friend and neighbour. Pat was a very special friend and a colleague to you all. Pat met many people throughout his work as a butcher and his devoted time to the GAA. Pat’s family have committed a lot of time and expertise to the Association over the years and continue to do so in son Paudie (the current Rathgormack and Waterford senior goalkeeper).”

Pat’s unexpected death represented “a shock and a sobering fact to us all,” said Fr Fagan. He continued: “Pat always had a smile… He was softly spoken and had a gentleness about him. He was always courteous; he was professional in his work as a butcher… he never seemed to get ruffled if things were not going well, though I’m sure he would have his own point of view.”

Eulogising his father on behalf of his family, Paudie Hunt told mourners that Pat and wife Alice “did everything together; it was rare to meet one without the other; whether it be a game or shopping, they always went together”.

Said Paudie: “To me, he was more like a best friend than a father. Anything I needed to know, I’d ring him and if he didn’t know the answer, he always had the right advice and he’d ask someone to contact me. We worked together every day and nothing really ever came between us. He always said if there was a row or disagreement that it was left behind when the day’s work was done. He loved the business we were in, supplying good food – and seeing people enjoying it made him so happy.

“He loved cooking too, whether it was for a crowd or a barbeque or a simple roast at home. Any roast wouldn’t be the same without his gravy and the taste never failed.”

To Pat, days out following the Waterford hurling team meant everything, with the trips to Semple Stadium a life-long favourite. The walk-through Liberty Square to take in the atmosphere, a quick visit to Noel Ryan’s public house before getting stuck into ham sandwiches and a bag of Tayto were all part of the Thurles ritual.

But the post-match scenario was “when the real fun started,” said Paudie, describing the near race-like drive home with friends “to see who’d be in first for the dinner in the Carraig (hotel in Carrick-on-Suir)”.

Over the past year, Pat’s twice weekly trips to ‘The Shed’ for a chat and few drinks with friends “meant more to him than anyone will understand… when he came home afterwards, he couldn’t wipe the smile off his face”.

His son movingly commented: “I only wish I could have enjoyed a pint with him more recently. As is the way of these things, we never get to do it right.”

Reflecting on his Dad’s love of travel, be it around Ireland, cross-channel to see his nephews Stephen and Noel during their professional soccer careers “or further afield to Australia, he was always up for it. Perth in Western Australia was like a second home; it would have been the only place he’d have considered living outside of Clonea.”

Paudie described Clonea GAA Club as Pat’s “everything; games, meetings, he loved it all. It was only on reflection in the last few days that I realised how much he really loved it. He was so proud that we were a senior (hurling) club and to hold onto that status over the last number of years.

“The work that has gone on in the club over the last decade has been massive; he wanted to give the club the best facilities possible so that it’d be there for years to come for young and old in the community… The hours he put in at times, you’d wonder was he mad but in the end it always worked out. He had one last job to do before he let someone else take over as Chairman: he wanted to finish the new playing field and have an opening with the President of the GAA, Larry McCarthy. If there’s one thing we’re going to do, as a family and as a club, it’s to fulfil that dream for him over the next year. That’s a promise.” 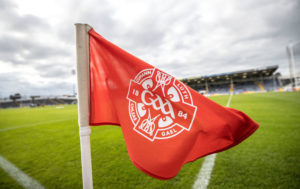 Paudie said that words will never be enough to express the gratitude that he and his family hold for relatives, friends and neighbours, along with those who were with Pat during his final moments.

“I hope we all remember the good times and ‘stop all the fussing’ as he’d say himself. I hope we make you proud. We miss you. Beidh lá eile againn.”

As a Communion Reflection, a poem was read in both Irish and English by Martin, a nephew of Pat’s, reflecting his Uncle’s love of his native tongue.

Speaking at the graveside, Waterford GAA County Board Chairman Seán Michael O’Regan said that Pat Hunt had “touched our lives in so many ways… his passing represents a huge loss to us all. Pat was a great colleague on the Board Executive, a great man to get things done who was always willing to assist in any way he could. As everyone knows, he was a huge GAA follower who gave so much to his club and the Association in Waterford. Pat’s memory will live on for many, many years.”

Kevin Mahony, speaking on behalf of Clonea GAA Club, said that no words of his could truly do justice to the extent of Pat’s contribution to the club over the course of his life. Were he to list off everything Pat had done or assisted with over the years, “we’d be here all evening”. The ongoing work on the club grounds would be seen to with Pat’s legacy and memory to the fore, he added.

Ritchie Nugent was the soloist at the Requiem Mass and was accompanied by Noel McCarthy on keyboard. Ritchie also sang ‘Fare thee well, lovely Déise’ at the graveside following the burial. Fr Fagan was accompanied on the altar during the Mass by Fr Ned Hassett PP.

Obituary: Gerry Coade made time for everyone

Obituary: Stuart Walsh was a loyal and joyful friend