Power up to 70th in the World Rankings 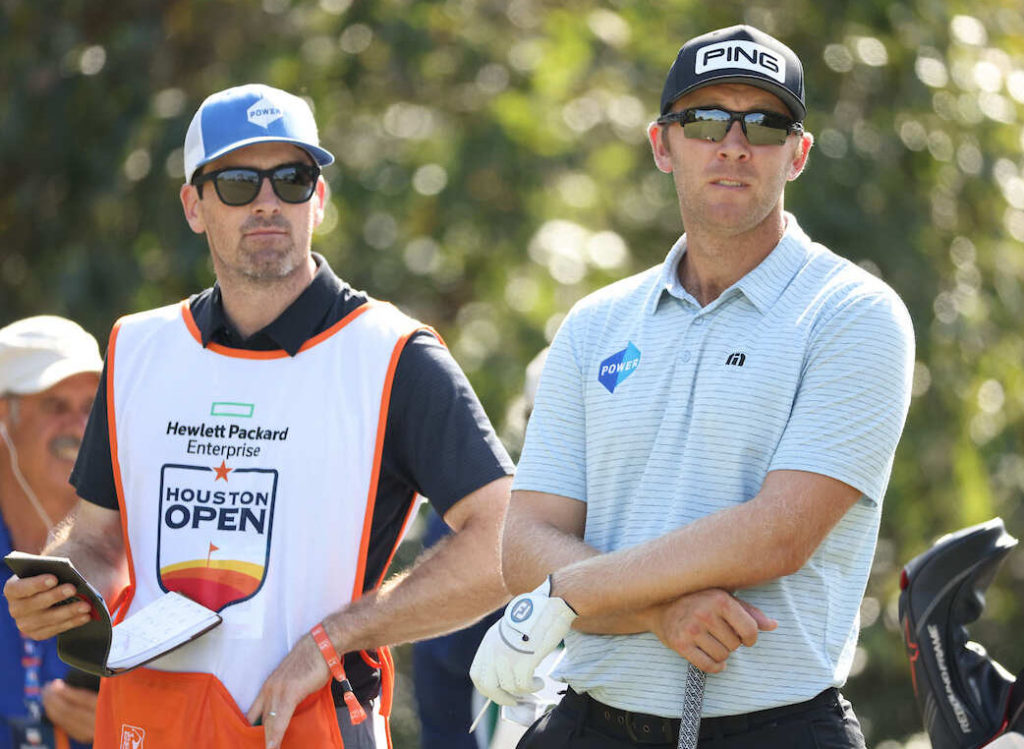 Waterford’s Seamus Power is up to 70th in the world golf rankings after another great week on the PGA Tour. Pictured here with caddy, Simon Keelan.

Waterford’s Seamus Power continued his wonderful rise up through golf’s world rankings at the weekend with a top four finish at the RSM Classic on the PGA Tour in Georgia.
After rounds of 63, 69 and 67 the Touraneena man went into the final round in a tie for in a tie for second on -13, three behind the leader, Talor Gooch, on -16 and right in the mix with a chance of landing his second career PGA title and his second in four months.
As well as a cheque for $1.29 million, there’s was also an invitation to tee it up at Augusta National next April at the Masters up for grabs for the winner.
Power had another impressive outing carding four birdies in his first 15 holes, but a double bogey six on the 16th meant he signed for a two-under 68 and a total of -15 which saw him finish in a tie for fourth and seven shots behind the winner, Talor Gooch.

The West Waterford man bagged $288,000 for his week’s work and is now up to a brilliant 25th on the FedEx Cup rankings, from 44th last week.
He is also up to a career high of 70th in the World Rankings from 89th last week. Don’t forget Seamus was 429th in the world at the end of the 2020 season (this time last year). I think it’s safe to say that 2021 has been an amazing year for the Déise man.
“The goal is to get a win in the 500-point events and what comes with that,” said Power. “In golf, you’re always trying to improve. Some things I was trying to continue to improve here and there, and it’s just fun to try and put yourself in contention to see how you react.”
Seamus is not in action this week.

Power in contention for second PGA win and Masters invite