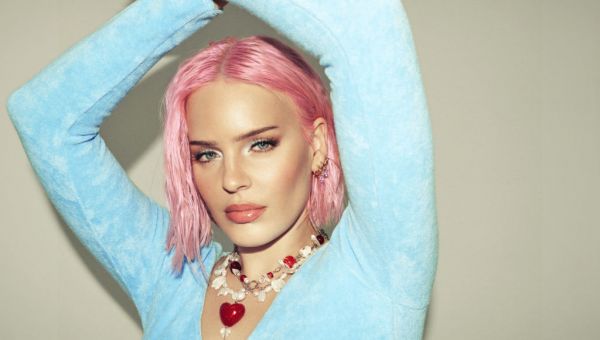 Anne-Marie and Moira Stuart have been announced as the latest celebrities taking part in the Strictly Come Dancing Christmas special.

The singer and newsreader were revealed on BBC Two spin-off It Takes Two on Thursday night hosted by Janette Manrara.

During this year’s festive special, Anne-Marie will dance with Graziano Di Prima while TV and Radio presenter Moira will be paired with Aljaz Skorjanec.

The 2002 singer is a nine time Brit Award nominee, including Best British Female Solo Artist, and became a winning coach on ITV’s The Voice.

The platinum-selling pop singer said: “I’m excited to take part in the Strictly Christmas special. I love the show, and who would turn down a dance with Graziano?”

Moira is a multi-award-winning newsreader, with her career in radio and television spanning five decades.

Having worked for the BBC for more than 40 years, she said: “I’m really looking forward to the Strictly Christmas special.

“I’ve loved dancing for as long as I can remember. In fact, it even helped me try to keep warm in my early cold water flat.”

The pop star and newsreader will join Mel Giedroyc, Fred Sirieix, and Jay Blades in the 2021 festive competition, with the sixth celebrity to be revealed in due course.

Each of the six couples will perform a Christmas inspired routine with the hope of impressing the judges and the voting audience, in a bid to be crowned Christmas Champion 2021.

Diana, Dodi, William and Harry together was time of ‘lovely family vibes’