The Nire hang on by their fingernails 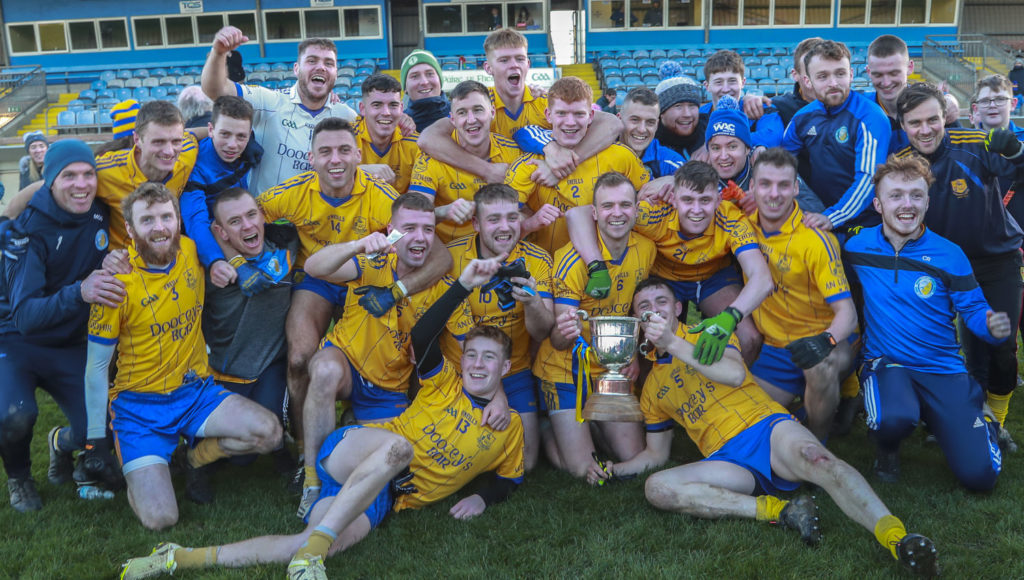 The Nire saved their worst until last on a perishing county final Sunday.
Michael Ryan’s side performed better against Stradbally and Ballinacourty but still found a way to win.
They took their chances in the third quarter and hung on for dear life. Dogged defending in injury time from Thomas O’Gorman, Jake Mulcahy and James McGrath kept their one-point cushion intact.

Rathgormack rally
Rathgormack were all over them like a rash in the last quarter. The 2019 champions created enough chances to win this county final.
Nire goalkeeper Craig Guiry came under pressure on kickouts as they struggled to retain possession. The ball was drawn like a magnet to the road goal. Martin Scurry and Michael Curry worked themselves into the ground to recover the four-point deficit for Rathgormack.
They got their key men into shooting positions but couldn’t capitalise on their possession and their numerical advantage. After Scurry left a goal in it, Stephen Curry and Conor Murray shot wides from kickable positions, Jason Curry pulled a free left and short, Jason Gleeson was off target and Murray was wayward again. Five missed chances.
The leaders were happy to foul to halt the momentum. Tom Barron, James McGrath, Conor Gleeson and Michael Moore were all shown yellow card while Jamie Barron got a black for a deliberate pull down on Scurry.
The Nire are past masters at going ahead and staying ahead. They did just that against Stradbally and Ballinacourty but they didn’t counter attack as effectively on this occasion. They didn’t score in the last quarter. They didn’t even have a shot in the last quarter. Tom Barron had their best chance in injury time but a brilliant Billy Power tackle denied him. Turnovers high up the field invited more pressure.
A man down, James McGrath volleyed away a ball and Thomas O’Gorman got out in front of Stephen Curry. Two leaders who would go through a brick ball. McGrath put his body on the line all through in his battle with Conor Murray and committed a couple of tactical fouls late on. He made a mark in the first half. O’Gorman got a hand in to keep the ball away from Curry. The county forward was kept scoreless. They did what they had to do to get the win.

Championship quarter
The Nire won this final in the third quarter.
They should have been behind at half time but went in all square. Rathgormack registered six wides and one short and created three goal chances. Last ditch defending from David Meehan stopped a certain green flag.
The Nire made more of their purple patch. Within two minutes of the restart, they went four points up. Conor Gleeson was at the heart of it. The full forward was involved in 1-2 during that third quarter. Willie Hahessy watched his every move but he found a little bit of room a minute into the second half and split the posts while falling backwards. Jamie Barron and Shane Ryan then worked the ball into Gleeson who was brought down. Paddy Smith would have blown for a penalty only for Aaron Ryan finished to the net. He also won a free that Dermot Ryan converted. That gave them a four-point lead to protect for the final quarter. 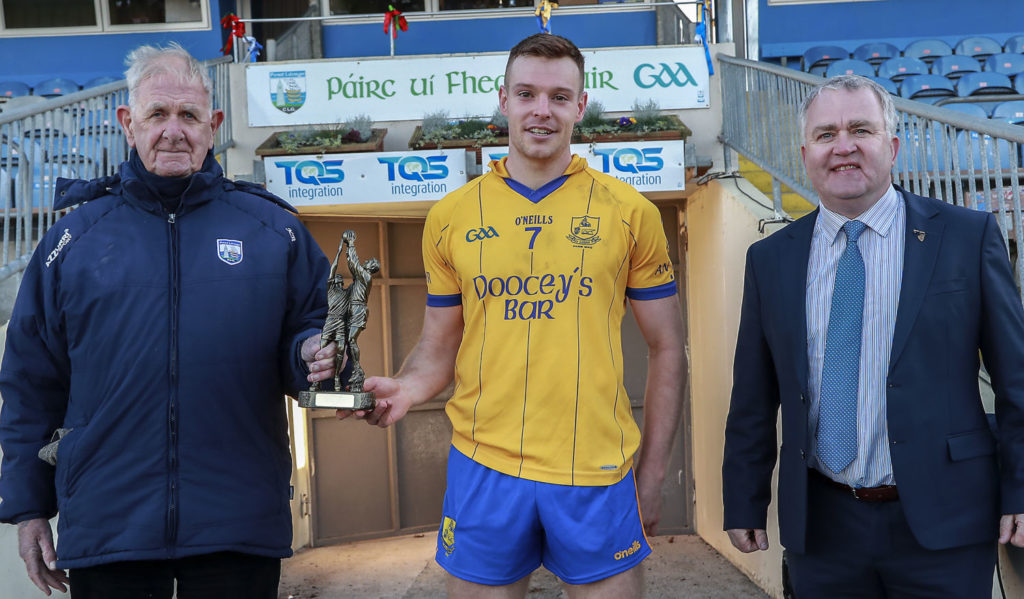 It was a treacherous day for free takers as the wind swept right across the field.
A gust caught Dermot Ryan’s first free and dragged it right of the uprights. He nailed the next one from 45 metres. Straight over the black spot. A settler.
In the third quarter, he burst through the middle of the Rathgormack defence to strike over off his less favoured right before he converted a free with his left. He also won a late free and sent Tom Barron away in injury time.
16 points in four games from the number seven (ten frees and six from play). Don’t forget he kicked three from play against Limerick in the Munster championship. County footballer of the year according to his manager and it’s hard to argue with that. 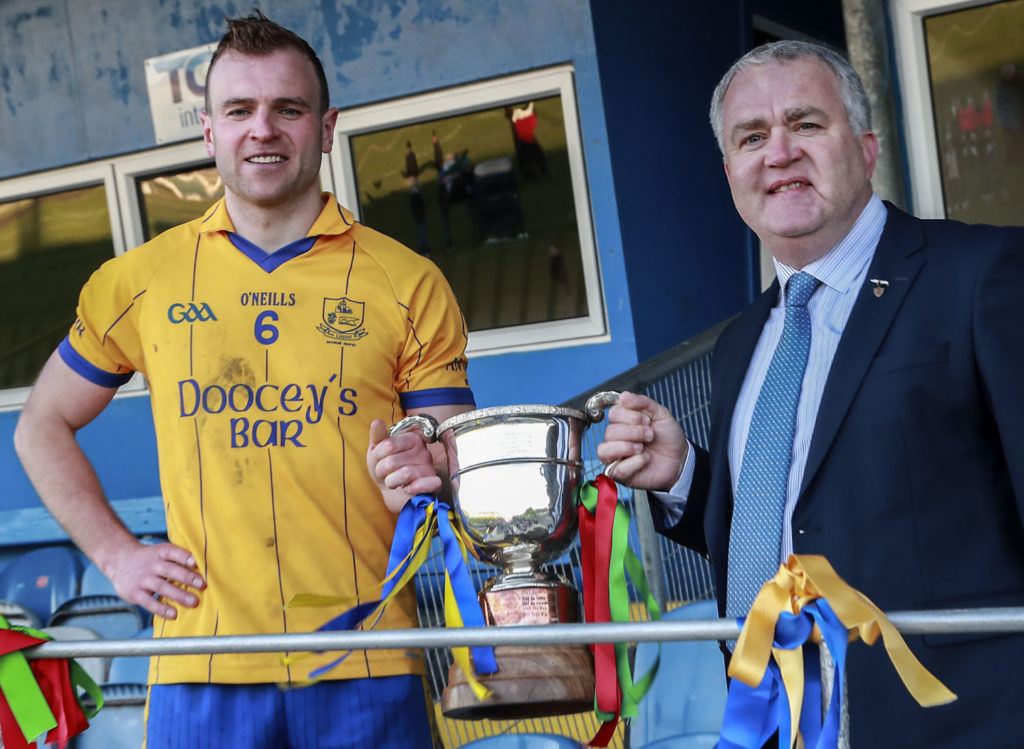 James McGrath played a captain’s part on and off the field. On a day of high emotion, his speech hit the right note.
A minute’s silence was observed before throw in to mark the death of Clonea chairman Pat Hunt last week. He remembered Pat and passed on his condolences to Paudie who he soldiered with at inter county level. He also paid tribute to Nire president Dinny McGrath and Deirdre O’Meara, mother to Shane, who passed away recently. Well said.