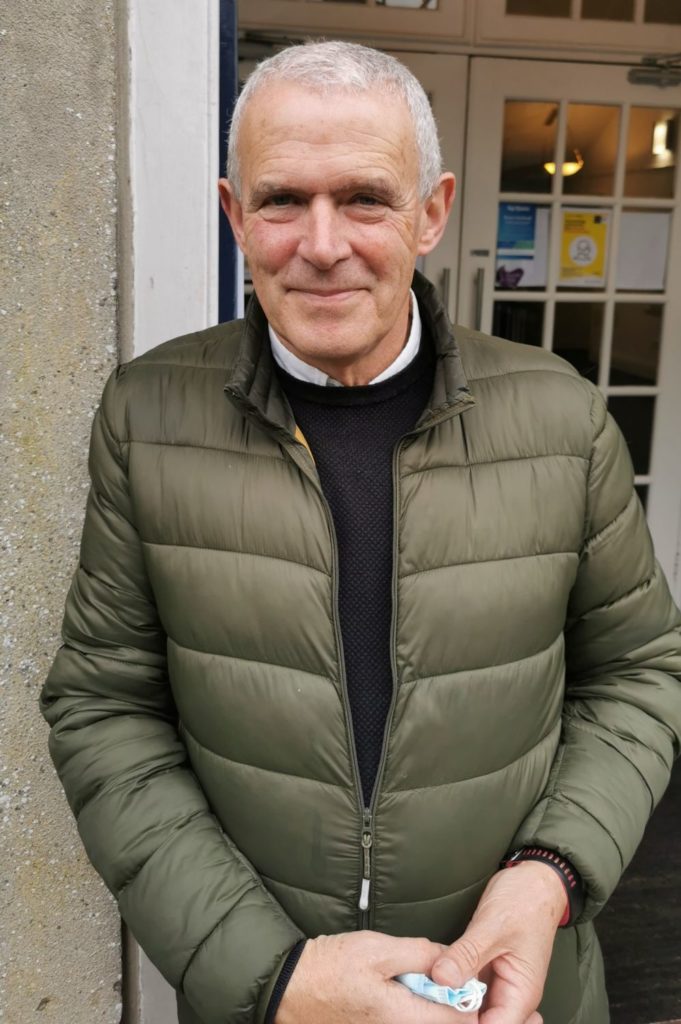 Back in the theatre: Michael Grant has worked diligently in bringing ‘A Christmas Carol’ to the Garter Lane stage.

AS someone who generally gets an itch any time I enter a theatre, strolling into Garter Lane for the first time in almost two years was more of a delight than I’d previously anticipated. Talk about an unexpected adrenaline shot!

There, I met Michael Grant, who is producing ‘A Christmas Carol’ alongside the equally good-humoured Pádraig Ó Gríofa, both intimately familiar with the challenges of staging a production.

Well, if I have a theatrical itch, then add a few multiples in the case of this particular duo who are as associated with the stage as Charles Dickens is with masterful story telling.

“When I was working with Suir Engineering, I used to go to London a lot,” Michael tells me, standing in front of a stage which was then dressed by only a piano.

“I was passing the Palladium one day and it just so happened that ‘Scrooge’ was on, starring Tommy Steele and the minute I saw Tommy Steele’s name, I instantly thought of my father. So in I went to see it and it was just a wonderful show – brilliant.”

Michael, his eyes dancing as they generally always do when talking about theatre’s soul nourishing pleasure, continued: “Months later, Pádraig was in London and he happened to do likewise so it was a show that we’ve long thought would be a really good show to put on in Waterford.”

Remarkably, ‘A Christmas Carol’ has never before been staged in a Waterford theatre, something Michael and Pádraig are now proudly addressing though this production, directed by Liam Meagher and starring Andrew Holden.

“And it’s the perfect story,” said Michael. “Even to this day I still love the story,” with Pádraig interjecting: “and remains the best Christmas story of them all.”

A nodding Michael told me: “And it’s so well written by Charles Dickens. He got everything into it. And he leaves you feeling better about people and the world – and hopefully that might help us this year, that audiences will leave here feeling a bit better.”

The stunning image of Andrew Holden’s map of the world-faced Scrooge adorns the arched door leading into Garter Lane and several of the major access routes into the city.

“It’s almost too ominous in one sense,” says Pádraig with a grin. “We’ve had to really push that this is a family show! But yeah, it has generated some reaction for us.”

Having decided not to take on a new Bilberry Goats show earlier this year (“we just decided not to even though that would have only been three nights”), Michael and Pádraig felt ‘A Christmas Carol’ was worth the staging.

“Everything was so positive about Covid when it came to the re-opening; we felt the vaccination was our saviour and that’s why we decided to go for it,” said Michael. “This theatre will be very strictly run during it; everyone attending will have to show an ID and a Covid (Vaccination) Cert. We’re going to have a Gluhwein (Mulled Wine) Bar out under the canopy outside the theatre. Each half of the play is less than an hour long so no-one will be in the theatre for longer than an hour at a time and we will be advising audience members – and that’s all we’ll be doing, advising them – to take a walk during the interval and then come back in again. This is a high ceiling theatre too so the circulation of air will be really good.”

There are 18 people currently at work thanks to this production and given what the past 20 months have been like when taking live shows into account, this show truly represents an early Christmas present.

“Liam (Meagher) has great flair and a really great way of thinking when it comes to how a story as well-known as ‘A Christmas Carol’ can be told here, where I’m standing,” said Michael. 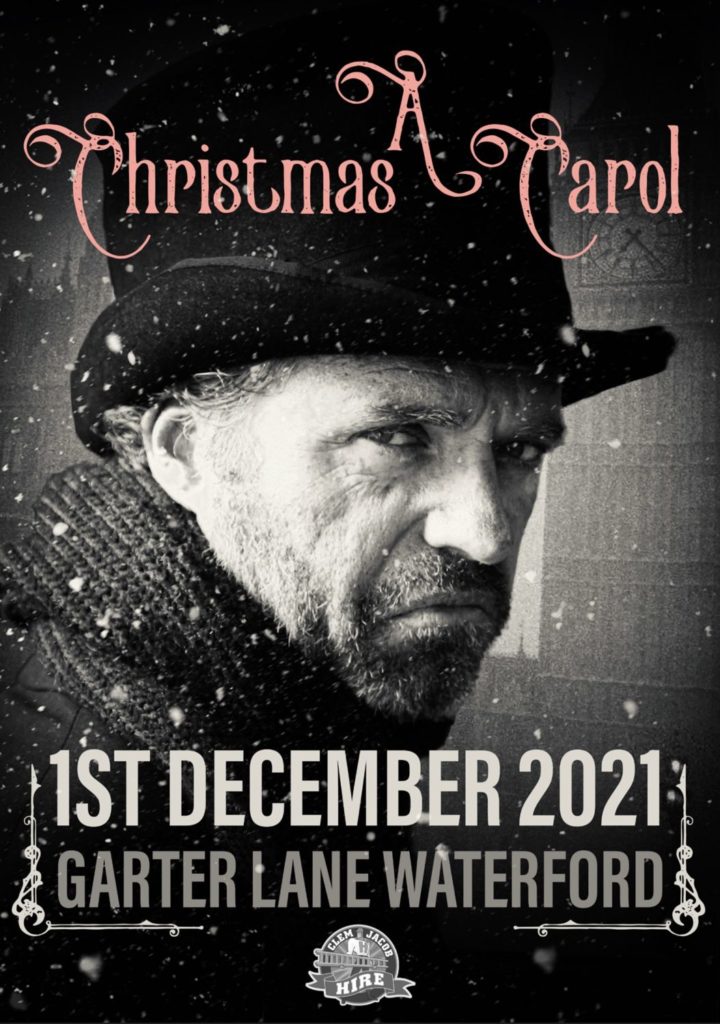 The fabulous promotional poster for ‘A Christmas Carol’ featuring Scrooge (Andrew Holden) has caught the eye across Waterford in recent weeks.

“Here we are, in 21st Century Waterford with a Victorian play so we thought about how we’d marry the modern era with that. Now we had a lot of meetings and chats with different people – a really considerable level of input from people across different fields – and what we’ve got is a traditional, staged show but with a lot of modern technology; we have parts which have been filmed which feature throughout the play so it’s going to be very interesting to watch.”

Michael, his eyes dancing, continued: “The set, designed by Dermot Quinn, looks absolutely brilliant (“powerful,” says Pádraig) and we think it’s going to look amazing. We’ve seven actors, there’s a narration and an inter-mixing of parts going on as well and it’s all told at a very, very hectic pace. It will bring its own lightness all along the way but every so often, you’ll have Marley, the Ghosts of Christmas Past, Present and Yet To Come – and of course, the ‘Humbug’ character of Scrooge. But you’ll also have the lightness provided by Tiny Tim, Scrooge’s nephew along with Bob Cratchit and his family. The story itself is so well done that you wouldn’t adapt outside of it – you’re in in all the time – but the actors will bring everything to life, all those emotional moments such as Scrooge looking back when he was a young man and seeing the girl he should have married, all of that. It’s all going to be there.”

So how does it feel to be back in the theatre? “Lovely,” replied Michael. “Absolutely great. Part of coming to the theatre is that lovely, warm feeling it gives you, of having a shared experience and we just hope peoplewill enjoy this play as much as we’ve loved putting it together.”

‘A Christmas Carol’ runs at Garter Lane until December 21. For more, visit https://garterlane.ie/resources/a-christmas-carol/ or call (051) 855038