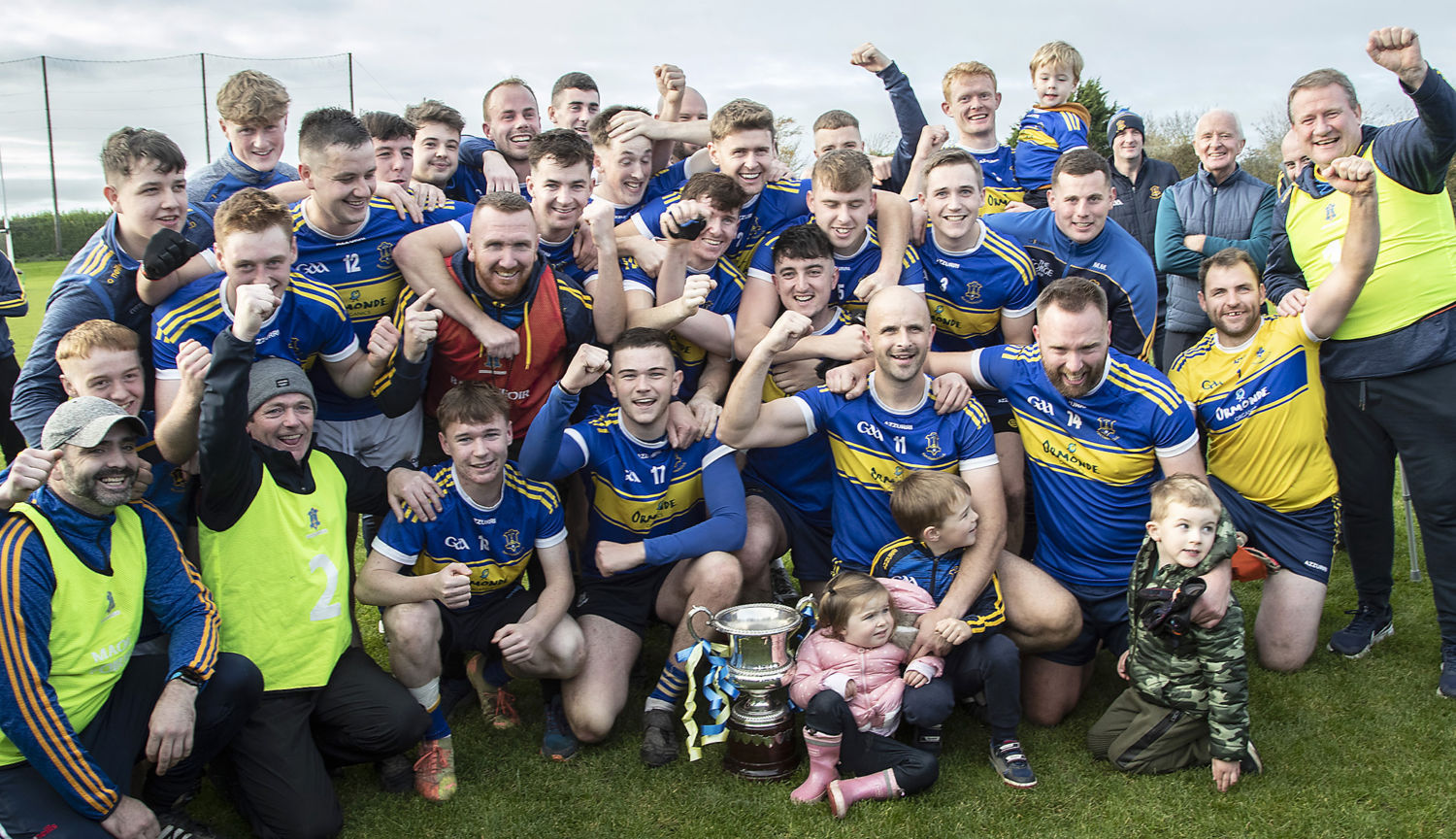 The Portlaw players and mentors celebrate their victory over Dungarvan in the Co. Intermediate Football Final at the Gold Coast Resort. They are in Tipperary on Saturday in Munster Club action. Photo: Sean Byrne.

County Intermediate football champions Portlaw will seek to join Ballygunner and Dunhill in Munster semi-finals with a win over Tipperary champions Dom & Inch in Templetouhy on Saturday next.

Like Portlaw, Drom is better known as a traditional hurling stronghold in Tipperary with Seamus Callanan their best known player but this year they have emerged as surprise winners of the Tipperary Intermediate Football Championship, beating a club with a great football pedigree in South Tipp side Grangemockler in the final.

This is a big game for Portlaw as they face into Munster football competition for the first time. They won the county title in this grade in 2016 but, because of the late finish to the championship in Waterford, they were unable to participate in the Munster championship. As impressive winners of the Waterford title when defeating favourites Dungarvan in the final they be looking forward to testing themselves against outside opposition and if they can produce the form that saw off Dungarvan and Tramore they will be in with a real chance of advancing here.

While little is known of the standard of football in this grade in Tipperary senior teams from the Premier county have always performed well in Munster with Clonmel Commercials having captured the title in recent years and Moyle Rovers always competing strongly when involved. Portlaw should not be out of their depth here with players of the calibre of Darren Rockett, Frank Galvin, D. J. Foran, Michael Donnelly, Jordan O’Sullivan and Luke Woods to call on.

With The Nire also out this coming weekend a win here would be a huge boost for Waterford football.