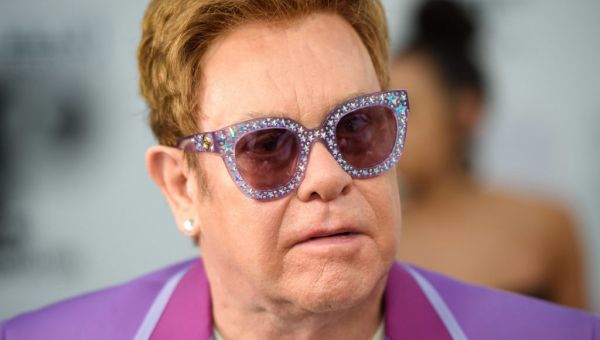 The singer said the news that Merry Christmas had jumped to number one in the UK Big Top 40’s Official Singles chart was the perfect way to round off a “crazy year” and thanked fans for their support.

It is Sir Elton’s third chart topper this year and Sheeran’s fifth of 2021.

This has been a crazy year and having my third Big Top 40 number 1 single of 2021 with one of my most special friends is the perfect way to round it off! pic.twitter.com/8hfCBFrXeQ

UK profits from the single, which features sleigh bells, festive lyrics and a music video with a cast of famous friends, will go to Sheeran’s Suffolk Music Foundation and the Elton John Aids Foundation.

Sir Elton’s collaboration Cold Heart with Dua Lipa also sits at number two in the single’s chart, one place above Adele’s long reigning number one Easy On Me.

“This has been a crazy year and having my third Big Top 40 number 1 single of 2021 with one of my most special friends is the perfect way to round it off!

“Thank you @teddysphotos and thank you to everyone for listening and enjoying this new music – Christmas really has come early. I love you all!!”

After being given the news he also joked that he would have to rearrange his numerous accolades.

“They’re in the kitchen, the awards, so I’m going to have to move them around a bit,” he said.

“You know getting something like this is such a joy and such a thrill. I just can’t believe what’s happening this year, it’s amazing.”