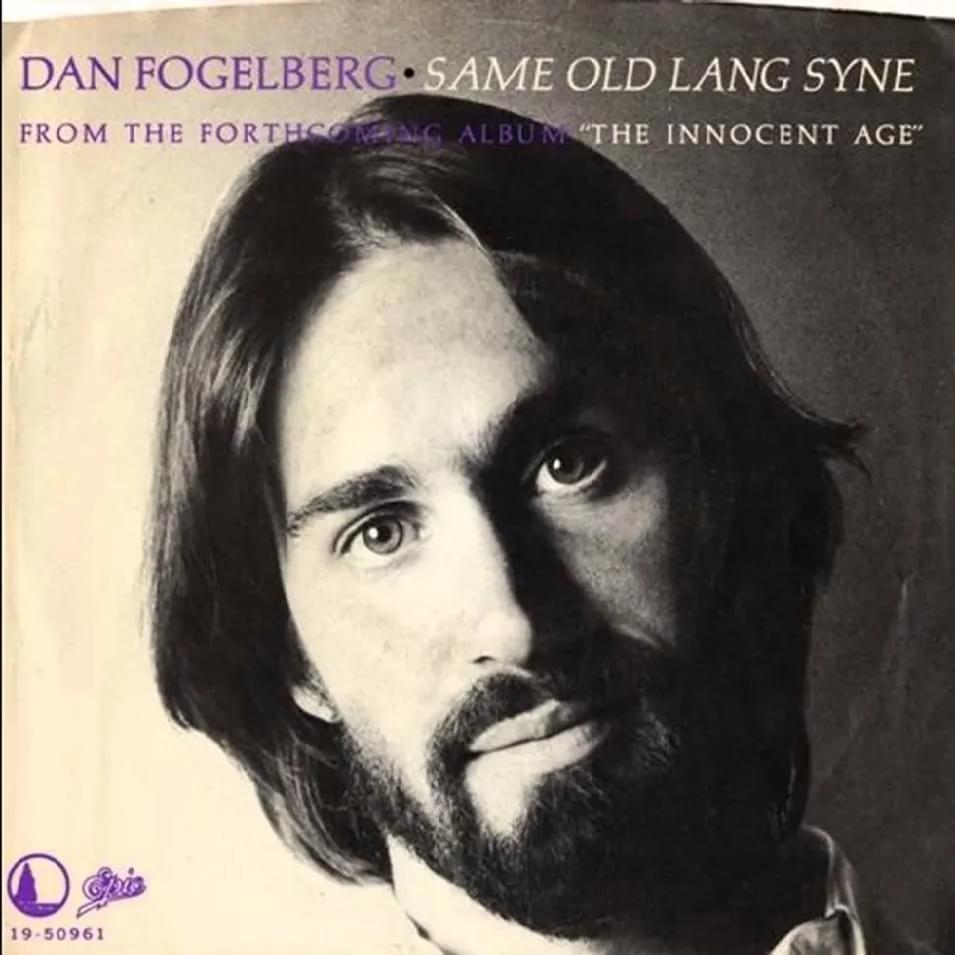 ON December 16, 2007, one of my favourite artists of all time passed away. To say he went before his time would be putting it mildly. Sadly, he lost his battle to cancer at the age of just 56.

Dan Fogelberg was not just another artist but to me a storyteller and possessor of a rare gift. The voice and his songs have been part of the soundtrack to my life and to this day it baffles me that he has never been given the recognition his talent so deserves.

‘There’s one song in particular that has added depth and nostalgic value, possibly because we play it every year at this time and it has become Christmas gold’

My introduction to Dan’s music came via Radio Luxembourg in the late 70’s and the beautiful ballad ‘Longer’, probably to this day one of his best known tunes. In the 80’s, on pirate radio, he was played extensively and songs like ‘Heart Hotels’, ‘Hard To Say’ and ‘Make Love Stay’ could be heard on late night radio shows where it was all about great music.

Dan Fogelberg was born in a little known American town called Peoria, Illinois. I’ve since learned it’s home to a rather popular Irish festival annually. His parents were of Scottish and Swedish descent and the apple didn’t fall far from the tree. He picked up his love of music from his father, a band director, and his mum, a trained pianist. Self-taught, he learned guitar and piano and as the years unfolded he honed his songwriting skills and brought us classics like ‘Part Of The Plan’, ‘Run For The Roses’ and a song about his Dad called ‘Leader Of The Band’.

For me , there’s one song in particular that has added depth and nostalgic value, possibly because we play it every year at this time and it has become Christmas gold. I’m referring to ‘Same Old Lang Syne’, a gorgeous autobiographical tale of a chance encounter with an old love on Christmas Eve.

The song sparks all kinds of feelings for many who adore it. Some just enjoy the way he so magically paints the picture of that supermarket, the embarrassed small talk and subsequent reminiscing in her car over some beers.

What makes it even more powerful is that it actually happened. With a slight tweak or two to events using poetic licence, Dan really did meet up with his ex and the bars were actually shut in that part of town. She had green eyes not blue as in the lyrics and she hadn’t married an architect, but rather a PE teacher, but the rest was real and the soul of the song especially so.

It’s been said Dan actually apologised for the liberties taken with the facts when he met her after a concert of his years later.

The year was 1975 and Dan had come home to his folks for Christmas. Apparently his Dad wasn’t well at the time. As the story goes, he needed whipped cream for Irish Coffees and headed out in Peoria to look for some on that fateful Christmas Eve. As it happened, an old girlfriend from High School, Jill Anderson, was also home that Christmas. She too was on an errand as her Mum had asked her to buy some eggnog.

As the song goes, after the initial awkwardness, they tried to find a bar to go and have a drink, but none were open so they sat and chatted in her car over a six pack. I believe it was Olympia beer, a popular brand at the time.

They rolled back the years and talked about old times until they ran out of things to say. We’ve all been there. A kiss goodbye and they parted ways.

Fast forward about five years or more and Jill (now Jill Greulich) is on her way to work as a flight attendant and she is stunned while listening to the radio when she hears what she believes to be Dan’s new song. As she hears the words and the story unfolding, it dawns on her that all this happened and she was the lady in question. The song was about that long ago Christmas Eve.

To this day, Jill loves to hear it. Yet it was years after its release before she ever told anyone that she was the woman. When Dan passed away in 2007, she felt more able to talk about it claiming that before she didn’t want to take any of his limelight and also cause any potential hurt for Dan’s wife.

Jill said when asked about the song, “It is a memory I will never forget, and it continues to take me back to a wonderful place every time I hear the song. I am so glad that Dan was a part of my life.”

Now remarried, perhaps Dan was right that she hadn’t seemed entirely happy when he bumped in to her that day in 1975. In her 70’s now, she and her husband are retired and living in St. Louis. She still gets asked about the song and says even her hubby enjoys the fuss over it and isn’t a bit jealous. The school where she and Dan used to hang out is situated on what later became Fogelberg Parkway, an honour bestowed on the artist after his death.

‘Same Old Lang Syne’ has been known to induce a tear or two. Jackson Browne for one. A big fan of his music, Garth Brooks himself cites Fogelberg as an early and important influence on him musically going as far as to say that Dan’s music changed his life at college.

Makes it all the harder to believe that the song might never even have been released. Dan claims he was only experimenting with the lyrics and music.

No bells, no sleigh or children’s choir and yet it remains essentially a heart-warming, bittersweet Christmas memory that evokes something very personal for so many. Maybe it just captures something lost. The ghost of Christmas past.

It gets me every time. I’m certain we’ll be listening to it for years to come. Just in case you haven’t heard it make sure you give it a listen. Thank you Dan for giving us a timeless perennial musical treasure.