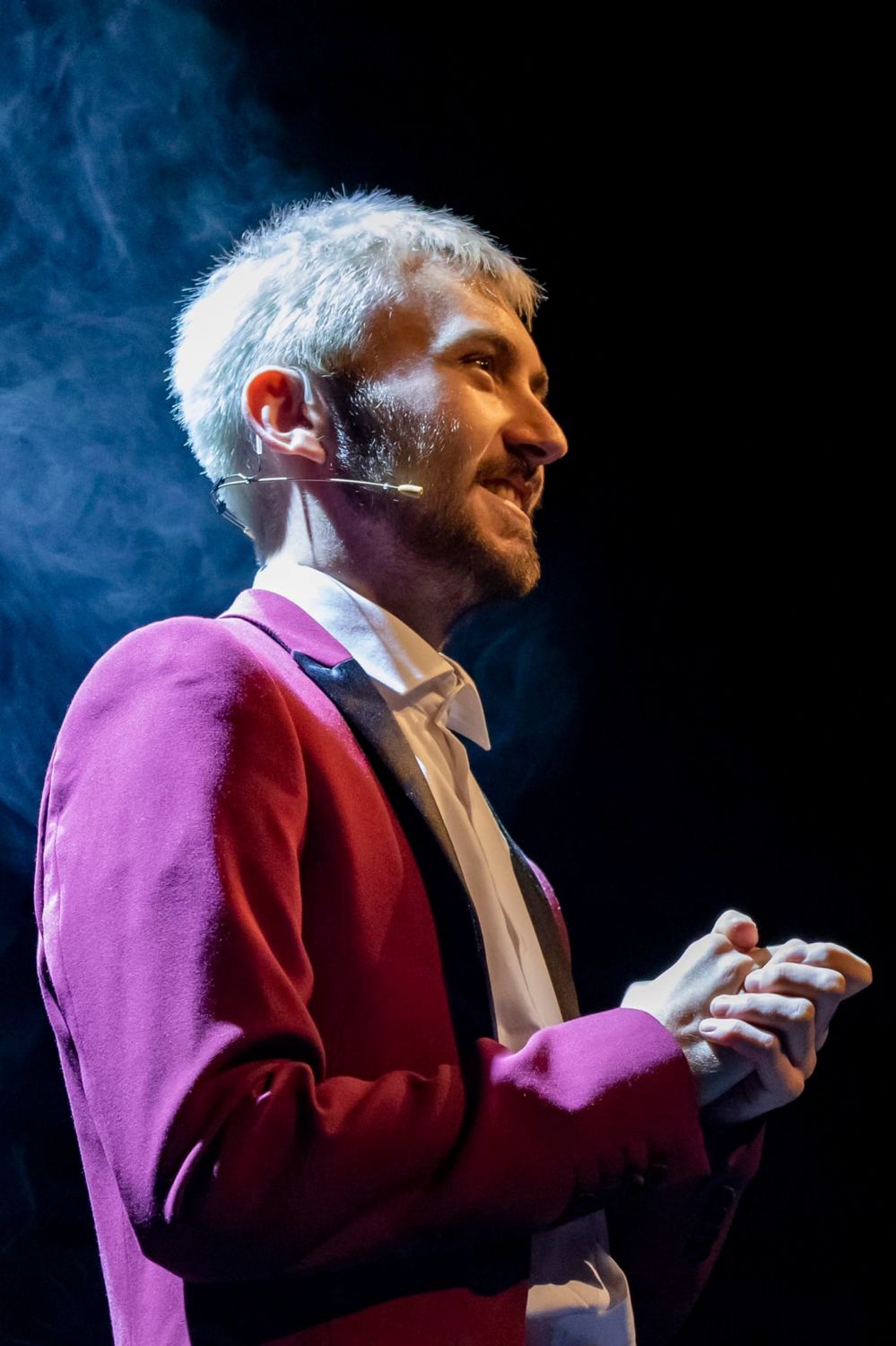 JACK Cunningham Productions returned to a packed house at the Theatre Royal with a first-class variety show that has the audience in a happy-clappy singalong mood that’s just the ticket for the first frosty night of the winter. The Winterval lights are on, there’s a buzz in the Foyer that tells me we’re in for a good one.

And Jack has an answer to the ‘no programme because of Covid regulations’ dilemma with barcodes on the wall for download to a snappy, info-driven, colour brochure that tells me all I need to know.

Jack may only be 20 but he’s got more musical theatre experience under the belt of his tiny waistline than many seasoned performers that I know. You can tell the amount of talent he has from the line-up of seasoned performers that he attracts. Tobie Hickey, Anne Marie Collins, Jenny White, Emma Walsh, Bill Stafford, Chloe McGrath and Tom Rogers are frontline performers with no small AIMS, Green Room Awards and Nominations under their belt.

And it’s great to see AIMS President Mr Robert Donnelly looking resplendent in his AIMS Chain of Office in the audience for the performance.

Anyone lacking in confidence should watch and listen to Jack. He’s got a welcome for everyone in the audience and to them with the assuredness of an intimate or a relative. Older women just love him and oooh and aaaah their way through the evening as he gives interesting background to the musicals he’s drawing on and builds the reputations of his performers. A political party would be delighted to have such a powerhouse of communication.

He can tap too. Along with an excellent dance-troupe of Cian Cunningham, Patrick Drennan, Tara Quinn, Ava Coppinger and Millie Sloan that bounced the entire night along. Jack constantly changes the picture that we are watching onstage and the dancers are the key to this.

It’s a night of Broadway musicals and the audience certainly likes the programme. Show People from Curtains, New York New York, When You’ve Got It, Flaunt It brings a real up-tempo feel to the performance before big ballads like Stars from Les Mis and You Will Be Found from a new musical Dear Evan Hansen brings a slower, more reflective mood.

Jenny White and the glam-gals rock their way through Somebody To Love from the Queen musical, while Broadway Baby, of course, gets an outing from the same cast in a night dedicated to Broadway. Get Me To The House on Time is a real knees-up, singalongable finale to Act 1.

The Rhythm of Life from Sweet Charity is a real showstopper before a number called Six from a new musical around the lives and deaths of Henry VIII’s six wives gets an airing. Act 2 is a night for big ballads. Anne Marie Collins excels with Send in the Clowns, Bill Stafford is in reflective mood with If I Were A Rich Man, Emma and Jenny wonder aloud If Momma Were Married, Tom Rogers leans and whistles while Leaning on a Lamp Post before Tobie Hickey duets with himself on a phone in that Pyjama Game gem Hey There.

The evening closes out with a spirited version of One More Day from Les Mis and with the audience on their feet for Abba’s Waterloo.

A good night at the Royal from Jack Cunningham Productions.