Gunners seek passage to fourth Munster final in a row 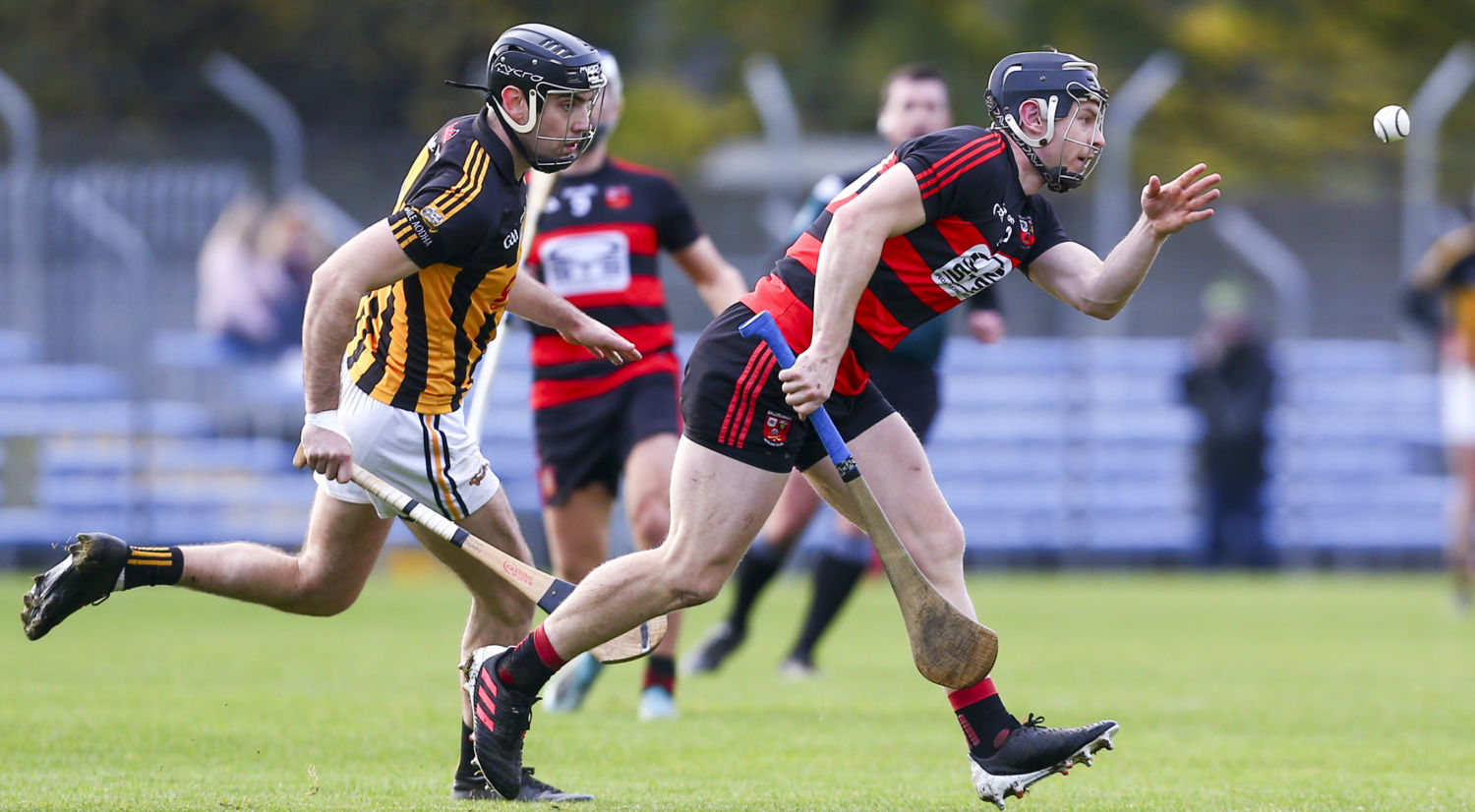 After a year blighted by injury, Philip Mahony was a most welcome returnee for the Gunners against Ballyea the last day. Photos: Inpho.

Having just failed to retain their hard won 2018 Munster title when losing to Tipperary champions Borris-Ileigh the following year in Pairc Ui Rinn, Ballygunner were denied the chance to regain the title through the invasion of the Covid 19 pandemic last year. Now, a year on and having captured an eighth successive county title attention is firmly fixed on the recovery of the Munster title and with that a real shot at that elusive All Ireland Club title.

Two weeks ago Ballygunner took the first step in that direction with an emphatic win over Clare champions Ballyea, themselves former Munster title holders and a team Ballygunner had beaten in a classic encounter on their way to their second Munster title in 2018. The manner of Ballygunner’s victory over the Clare champions in Ennis showed that the one year sabbatical from Munster competition has, if anything, whetted the appetite for this year’s renewal and that the Gunners are well primed for the challenges that lie ahead.

On Sunday next Ballygunner will be seeking to qualify for a fourth successive final when they take on Tipperary champions Loughmore-Castleiney in Walsh Park. It will be Ballygunner’s fourth meeting with Tipperary champions in five successive campaigns having lost by a single point away to Thurles Sarsfield’s in 2016, avenging that defeat in Walsh Park the following year and then suffering what was a surprise defeat to Borris-Ileigh in the 2019 final.

In facing Loughmore-Castleiney Ballygunner will be up against a club that has captured the imagination country wide in that the same group of players have been on the road each week since the start of the Tipperary championships at the end of August, alternating between hurling and football. There are a lot of teams in the Tipperary championship, they will be reducing the number next year, but the small mid Tipp club has defied all the odds in capturing the senior hurling and football titles with virtually the same group of players.

For the Tipperary side this year has seen their first foray into Munster competition since their footballers lost out to Dr. Crokes in 2016 and having lost to Eire Og on Sunday last there is a determination to prolong their amazing journey into the new year. 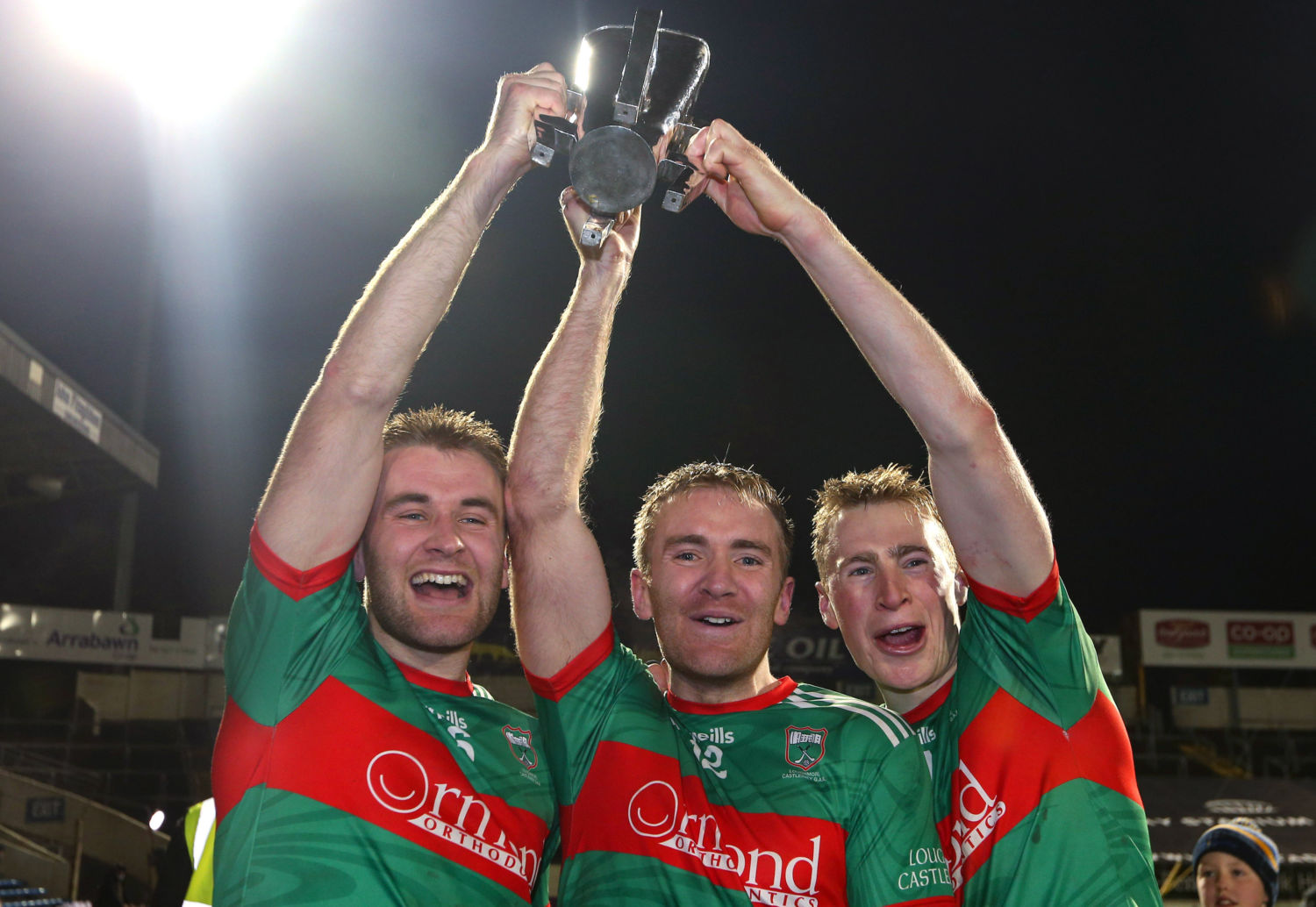 John, Noel and Brian McGrath celebrate with the cup after their Tipperary Co. SHC Final replay win over Thurles Sars.

It is a team driven on by the McGraths with Noel and John the two best known and All Ireland winners. Brian McGrath, a former star minor and Harty Cup player with Templemore C.B.S. is fast emerging as a big player for Tipperary in the coming campaigns while Liam McGrath, a Fitzgibbon Cup winner with W.I.T. and a dual intercounty player with Tipperary brings considerable experience to the side at centre forward and is presently playing the best hurling of his career. In all there are seven McGraths in the team between brothers and cousins making for a great club spirit.

While Loughmore have been battling in the trenches in recent weeks Ballygunner have retained the momentum from their comfortable county final victory resulting in a brilliant performance when seeing off fancied Clare champions Ballyea in Ennis. All of their experienced players such as Stephen O’Keeffe, Barry Coughlan, Ian Kenny, Shane O’Sullivan, Peter Hogan, Pauric Mahony, Philip Mahony and Dessie Hutchinson are in top form and the younger contingent of Tadhg Foley,  Ronan Power, Patrick Leavey, Conor Sheahan, Mikey Mahony and Kevin Mahony have shown themselves to be ready to carry the torch into the future.

EXPERIENCE COULD TELL FOR GUNNERS

The big plus for Ballygunner going into this game is their experience.  Munster is their hunting ground and with three final appearances out of the last four they know exactly what it is going to take to achieve victory on Sunday.

At some stage the long season is going to take its toll on the Tipperary champions no matter what they say. It may or may not be on Sunday next but certainly their resolve will be tested to the full. The Gunners, at their best, and against the best that Loughmore-Castleiney will bring to the table, will come through here.