The late Jackie Whelan of Portlaw 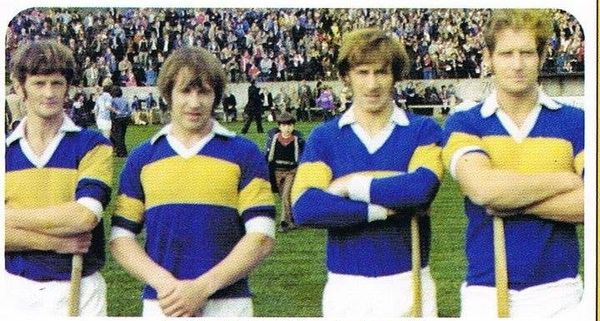 This week saw the passing of Jackie Whelan, the oldest of the four brothers who spearheaded Portlaw’s rise to the top of Deise club hurling in the seventies when the club collected four senior hurling titles.
Jackie Whelan rose to prominence in the mid sixties making his intercounty debut on the Waterford U-21 team that lost to Tipperary in the first ever U-21 championship in 1964. Thereafter he graduated to the Waterford senior squad and was a regular player and panellist at midfield, often with his late younger brother Mossy, up to 1972. A truly talented hurler who gave everything on the field for club and county Jackie Whelan will long be remembered in Waterford GAA annals.
To his wife Christine, his daughter Martha, sons Bobby and John, brothers Peter and Frankie and the extended Whelan family we offer the sympathy of all who sported and played with and against Jackie.