View from the Green Room: A spoonful of festive sugar 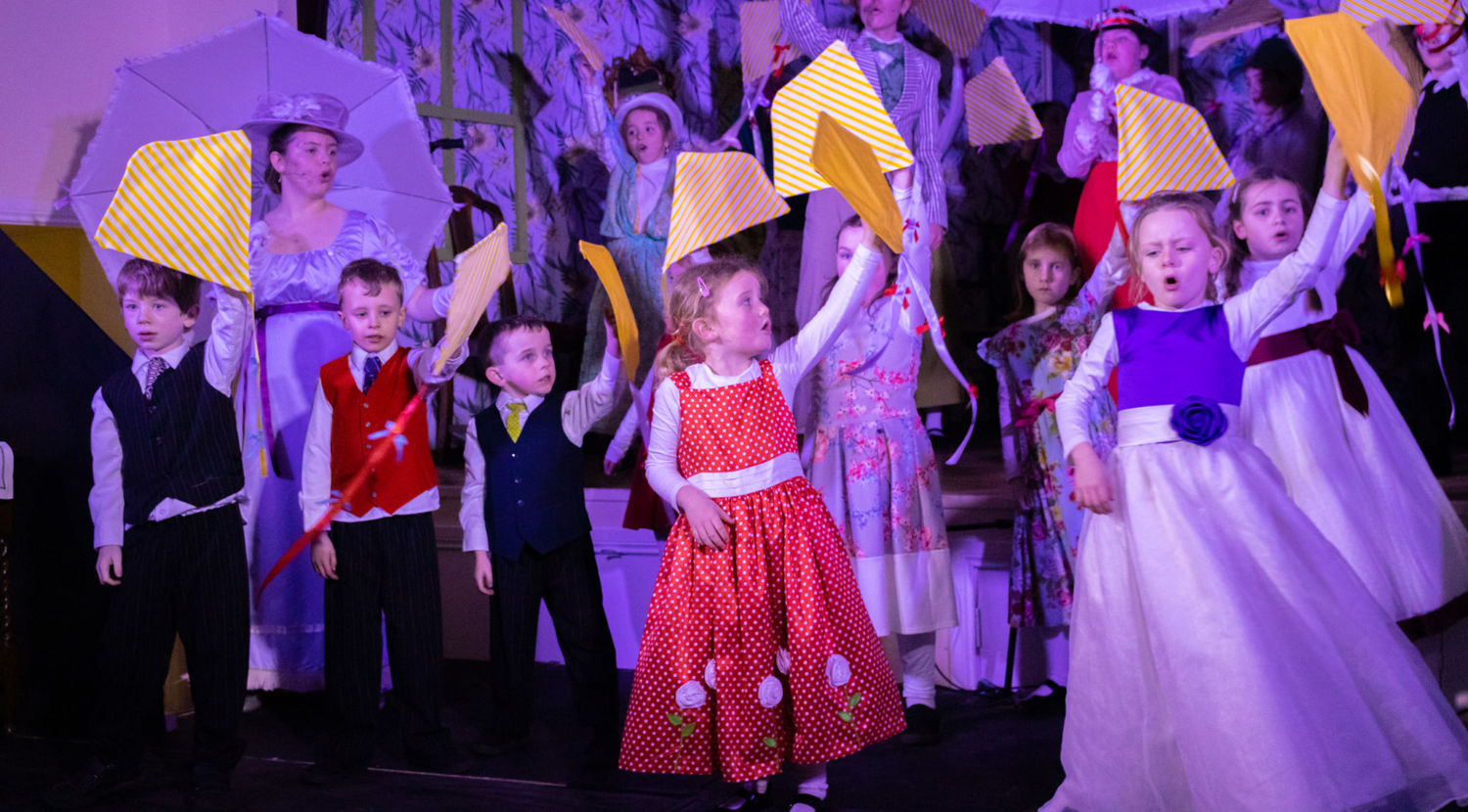 Barron Hall, Stradbally: ‘A Spoonful of Sugar’ by The Stage Coach

MARTINE Rogers is doing wonderful work for theatre and voice at her now well-established stage school in the picturesque town of Stradbally. A full house for all performances – with all Covid restrictions observed – and a top class ninety minutes of entertainment from a well-drilled and talented young school of performers.

In fact, Martine’s school is now so large that her stage crew has had to extend the current Barron Hall stage to cater for the large cast. Husband Tom and crew have been working all the hours of the early morning to get the stage ready for performance.

And what a smashing set Martine had designed! The Banks/Mary Poppins sitting-room is detailed and functional with lots of nods to the Poppins film, including a small blackboard with drawings of Mary P flying in on her brolly with the stars and a waning moon above. And all above a magnificent antique wooden rocking-horse that would fetch a fortune on the Antiques Roadshow.

Tom Rogers chats to me about the difficulties of mounting such a production in these Covid times and pays tribute to the amazing Quinn Donnelly who had to step in at 10 days notice to replace the young girl who was forced to drop out. In true ‘show-must-go-on’ fashion, Quinn turns out to be a trooper and her ‘Mama, I’m a big girl now’ from Hairspray is a show highlight.

Quinn and young Bertie Rogers are excellent co-hosts and their patter and clever introductions are well scripted and entertaining. And they move the show along at a cracking pace.

The performance is the school’s Christmas Variety Performance and I am amazed at the variety of what’s on show here. Speech and drama play a major role. Alannah Power, Saoirse Kiely and Molly Bradshaw really engage the audience with a performance that includes a poem from Robert Louis Stevenson, shadow moves from the speaker’s shadow and a dance-interpretation from ballerina Molly Bradshaw as an inky-black shadow. Molly also performs as ballerina in a full-cast ‘Naming of Cats’ from Cats the Musical.

A child-friendly opening, with a Spongebob lookalike front and centre, is just the ticket for the young audience that chime in with ‘The Best Day Ever’ and ‘Matilda and The School Song’. The big numbers just fly with this audience and a cheerful ‘Lets Go Fly a Kite’, a big-smiley Happy Days are Here Again’, a foot-stompin’ ‘Oom Pah Pah’, an in-yer-face ‘Matilda’, a cheery-comic ‘Pick a Pocket or Two’ and a super-charged ‘Supercalafragelisticexpialadocious’ send us all out into the warm afternoon with a smile on our faces.

‘The Dark House’ is a clever piece of narration that features Hazel Walsh and Eva Bray O’Sullivan that comes with a comic twist and a community radio sketch that features Tom Rogers as the exasperated compere that is left with the unenviable task of interviewing the Looney family of Caoimhe O’Reilly, Molly Bradshaw, Polly Rogers and Lauren Whelan leads to lots of laughs in the Barron Hall.