DARREN SKELTON: ‘At Christmastime…there’s no need to be afraid…’ 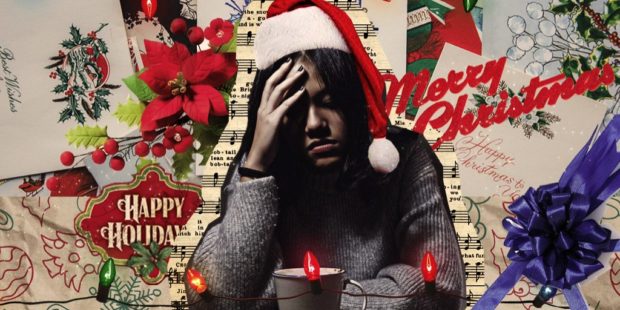 THERE’s no time like Christmas. It’s magical and painful in equal amounts. We all feel like we should be feeling a certain way, reminiscent of that Christmas when we got everything we wanted and were hugged by everyone that mattered. There really is no pressure like the one we bring on ourselves every single December.

Personally, I feel like I’ve never had enough money in December. I’m the kind of person who doesn’t know how to stop buying presents for people. As much as I enjoy receiving gifts, I’m extremely awkward at it and never know where to look or what to do with my hands. I say that I prefer giving presents than receiving them but the reality is that I revel in other people’s awkwardness. That and I like making people happy. I think like most other deeply awkward Irish people, we spend our days trying to please others and this comes to a thundering and expensive crescendo at Christmas time.

At Christmas, as well as needing money to buy an unlimited amount of presents for your loved ones (especially the miniature ones), you also need it for the vast amounts of excessive eating and drinking that you’ll do. Even in a pandemic there are events and nights out that you must attend because “it’s Christmas”. Boxes of Celebrations and bottles of wine are opened on a Monday because “it’s Christmas”. If someone handed me €10k on December 1, I’d probably still run out of money by Christmas Eve.

So what is it all about? Why do we do this to ourselves every single December? It’s certainly nothing to do with Jesus, Mary and Joseph and the wee donkey. There’s a pressure to have the perfect Christmas and nobody’s really sure where it comes from. Maybe it’s from those Christmas films with the perfect Christmas trees and the perfectly wrapped presents underneath. Or maybe it’s all those Facebook and Instagram posts of other families having a seemingly perfect Christmas. “Winterval Day”, the picture on Instagram says, with the lot of them in their Christmas jumpers and faces covered in churros and doughnuts. ‘Why didn’t we have a Winterval Day’ you think to yourself.

The problem with Christmas, as far as I’m concerned, is that someone somewhere has made a model for it that we’re all supposed to follow. The fridge is supposed to be full, the hair and nails are supposed to be done, you need to have at least four boxes of crisps and 24 litres of coke, there should be presents for absolutely everyone and above all, you should be with your family on Christmas Day and you should eat Turkey and Ham and then play a game of ‘Go for Broke’ after dinner. I love Turkey and Ham and I also quite like Board Games but nowhere in the bible does it say anything about either. “Though shalt eat the meat of a large bird, and then play Monopoly until someone snaps and has a mental breakdown”.

The point I’m trying to make is that in order to be truly content this Christmas, you might have to turn your back on convention. Don’t like Turkey and Ham? Who cares, have a pizza instead. Don’t want to spend all your money on presents that people probably won’t like anyway? Ideal! Just make sure to tell them so they don’t spend December trying to get something “for the man who has everything already”.

Now, I know this is easier said than done. Sometimes, other people’s Christmases depend on you joining in, but maybe you should sit your significant others down and ask them what kind of Christmas they would like to have this year instead of just doing what you’ve always done. The reason I’ve been thinking about this is that so many people really struggle with their mental health at Christmas time and often don’t even know why. We’ve put Christmas up on a pedestal and this is why every feeling, from anger to grief, is intensified at this time of the year. As much as I love it, I resent the pressure that it puts on people. I hate that there are people out there who have so much fear and dread over such a tiny part of the calendar.

Anyway, when it comes to everything that I’ve written above, I haven’t got an ounce of credibility because I’m still going to do what I do every year, which is spend too much, drink too much, eat too much (including piling a Christmas Dinner a foot high and not being able to make even a remote dent in it) and feel guilty for once again failing to even think about taking part in the Christmas swim.

My advice still stands though, even if I don’t heed it myself – if you’re feeling the pressure this year and are suffering from bouts of anxiety or depression just remember that much of it is coming from this fake festive force telling you that you’re not doing everything as well as everyone else. It’s all nonsense. And by the way, people are always contacting me on social media for a chat, so if you’re ever looking for a sympathetic ear or some advice from a hypocrite, you know where to find me! Happy Christmas everyone!