CHRISTMAS ON THE SPOT: Andrew Holden 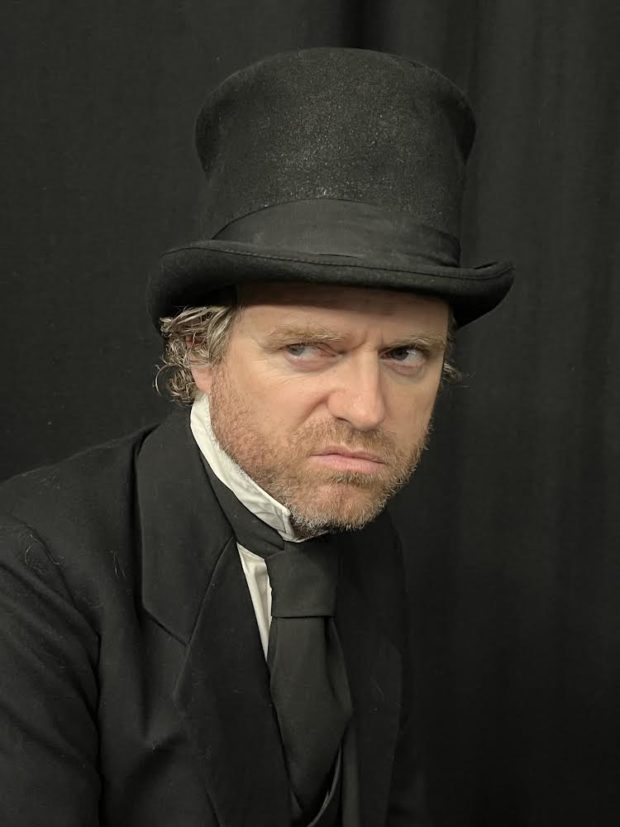 ANDREW Holden is a Waterford born and based actor. He trained at The Gaiety School of Acting and The London School of Musical Theatre and over the last 25 years has appeared in a wide variety of projects from Shakespeare to Riverdance and from pantomime to Sondheim. He lives in Williamstown with his wife Gabrielle and their children Kate and Peter and most recently he appeared as Ebenezer Scrooge in ‘A Christmas Carol’ at Garter Lane.

Like any parent of young children my Christmas day will start early but hopefully not too early! It really is special watching them opening their presents, probably the best part of the day. We usually eat about two o’clock so the time leading up to that is mostly spent helping to prepare the dinner. I’ll collect my mother (who handily lives very nearby) about half-one and once we all sit down to dinner it’s time to relax. The rest of the day and evening is usually a lovely, lazy mix of eating, nodding off and watching snatches of about four different films on the telly in between naps!

What is your earliest Christmas memory?

I remember Santa giving me a Fisher-Price frog that could leap if you pressed the button on a yellow lead plugged into its back! I think it’s one of my earliest memories; I was maybe three or four.

What was the best present that Santa Claus ever brought you?

Santa was very good to me over the years but one that sticks out is a Snow Speeder from ‘The Empire Strikes Back’. Now, I hadn’t even seen the film at that point but he knew he couldn’t go wrong with Star Wars for me and he was right!

What’s the worst Christmas present you ever received?

Honestly… nothing sticks out but probably one of those deodorant/shower gel gift sets that someone who doesn’t know you very well but for some reason feels they have to get you a present. With apologies to Lynx…

I love Christmas. The tree, the lights, the decorations – all of it! My new favourite tradition seems to be eating myself into a coma and falling asleep on the couch!

What will be on your plate this Christmas Day?

The old reliables… turkey, ham, roast spuds and carrots, stuffing, croquettes, gravy… those vile little green balls of evil (aka sprouts) will not be coming within a mile of me!

What are your favourite Christmas songs?

O Holy Night and White Wine In The Sun by Tim Minchin.

What are your favourite Christmas movies?

Scrooge (with Albert Finney), The Nightmare Before Christmas, Scrooged, The Christmas Chronicles and Home Alone (even though my children take the pee out of me for looking like ‘Marv’!)

If you were seven again, what would you ask Santa for?

Can I ask him for Pep Guardiola and a blank cheque book to rock up at Everton? Pretty please…???

What kind of Christmas shopper are you?

I think I’m ok… I try to prioritise and once I have the main ones sorted it takes a lot of the pressure off. I have learned this from stressful experience!

Who will you be missing this Christmas?

My brother Patrick along with his wife Susan and daughter Lilian – live in the UK and won’t be able to make it over this year. Unfortunately there are a few people in our family no longer with us… the first ones who spring to mind are my father who passed away in 2014, and my grandmother Lily (who was a massive part of Christmas for us as children).

Green Fingers: Good luck and observations in the garden

Consumer spending down for first time since January