A Wyse rides into history 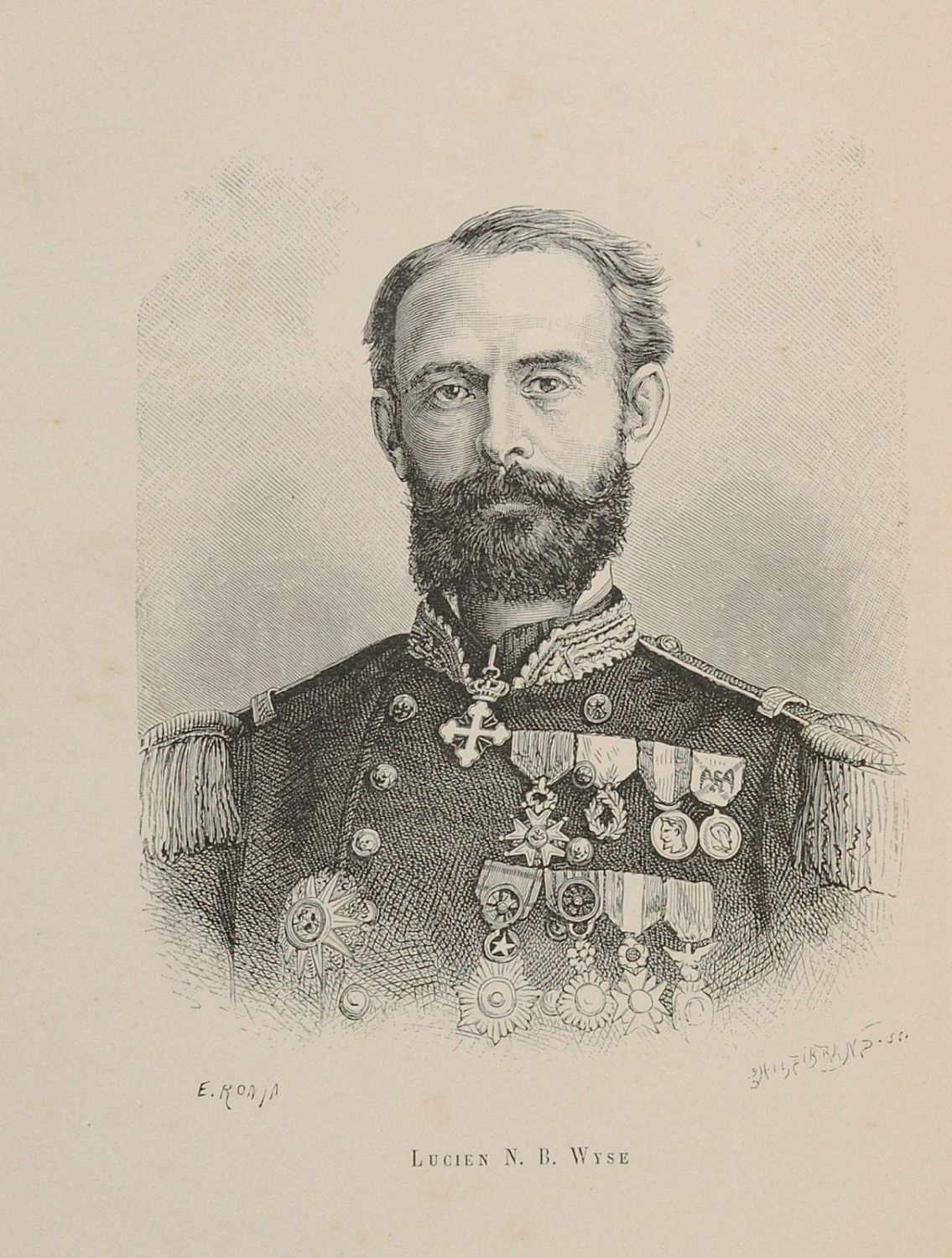 ON the morning of March 12, 1878, two men rode into Bogota deep in mountainous Columbia. Bedraggled and bearded, serapes muddied and frayed, wearing wide-brimmed Panama hats, they looked a sorry sight to puzzled early morning strolling Bogotans. Seven days later they emerged from the presidential palace with a document that was to have an indelible impact on world trade and transport. The document was the ‘Wyse Concession’ and carrying it was a French naval officer and engineer whose mother had lived in Waterford while married to a man of considerable importance, Thomas Wyse. The young naval officer was Lucien Bonaparte Wyse whose mother was a niece of the great Napoleon Bonaparte.

‘It was 19 years later that Lucien, future engineer, naval officer and explorer, was born and named Lucien Bonaparte Wyse, being given Thomas’ family name’

Lucien’s mother, Princess Laetitia Bonaparte, was daughter of Lucien Bonaparte, younger brother of the man who shaped the cultural and military landscape of Europe following the French Revolution. This dynamic, spirited, and beautiful 17-year-old proved irresistible to visiting Thomas Wyse who soon proposed marriage. Following the marriage in 1821, the couple spent the next five years in Italy. Ironically, it was in the year of her marriage that her uncle Napoleon Bonaparte died. I sometimes wonder when news of his death in faraway St Helena reached her and what her feelings were. In 1825 Thomas Wyse returned to Waterford with the 21-year-old Laetitia. And it was nineteen years later that Lucien, future engineer, naval officer and explorer, was born and named Lucien Bonaparte Wyse, being given Thomas’ family name. At the time of his birth, sixteen years had passed since she had last seen her husband.

In the intervening years Laetitia resumed her engaging social life. This time in London, where early on she threw herself into a pond in a public park only to be rescued by a handsome British officer. I am tempted to believe she saw the gentleman approaching and then decided on her dramatic introductory swim, rather than the suicide attempt that some writers believe to have been her motivation. Two daughters were born from the union that followed and then, years later, Lucien came into the world. Who his father was remained for him a question and his later filial relationship with Ferdinand de Lesseps of Suez Canal fame might well be explained by the unanswered question. Whatever the elusive answer, there is little doubt that his relationship with the famous French canal builder would be directly linked to his eleven-day ride through the tortuous 400 miles of malaria infested tropical forest and over the Andes into Columbia in early March 1878.

What was the purpose of this mission? For some 300 years adventurers, conquistadors, politicians, engineers and gold prospectors had investigated a route linking the two great oceans either side of Central America – the Isthmus from Nicaragua to Columbia. Eighteen years before Lucien, bearing the proud Waterford name of Wyse, rode into Bogota on his continent-changing mission, another eminent Waterford name figured in the search for the elusive route. In 1860 Thomas Francis Meagher crossed the isthmus in Western Panama in search of a rail link and concluded that a route was possible. His fascinating account of that journey was published in Harpers New Monthly magazine in January 1861, a piece of writing that caused a stir among politicians and entrepreneurs. And an account by another Waterford man of identifying and following that route was published in this newspaper one year ago.

But it was now the turn of a young French naval officer, whose mother linked him to Waterford and whose name connected him to the influential and respected future ambassador Thomas Wyse, to search for a canal route and who undertook that arduous and dangerous 11-day horseback ride to Columbia seeking the huge prize of a concession to build a canal across what was then Columbian territory in what is now Panama.

The son of Thomas Wyse

Lucien Napoleon Bonaparte Wyse was born in Paris in 1844, the year Thomas Francis Meagher returned to his native Waterford from Stonyhurst College in Lancashire, the same Jesuit college that educated our Thomas Wyse and sons of other, prosperous Irish Catholic families. His mother had settled down with the handsome English officer who had rescued her from the London pond. Together they had two daughters, beautiful and later famous. She travelled widely, it would seem, and according to David McCullough, author of the influential The Path Between the Seas: the Creation of the Panama Canal, 1870-1914 “she was a sensational woman who was known in every capital of Europe.” At some point she went to Paris where she conducted a literary salon with her mother. It was during that Paris period that Lucien, her 5th child was born. There is much uncertainty about who the father was but Lucien’s name did not include that of Studholme John Hodgson, Laetitia’s rescuer. However, officially he was recognized as the son of Thomas Wyse.

At age 16 Lucien entered the French navy and was promoted to Ship’s Lieutenant in 1870. He travelled abroad and wrote several papers based on his travels and business experience, notably presenting a paper to the Geographical Society in 1866, “Travels in the Andes”, and an 1874 “Report on Agriculture in Tunisia”. Through one of his Studholme sisters he met Istvan Turr, acknowledged by Parisian society as Lucien’s brother-in-law. Turr was head of the Turr Syndicate, a group with an interest in building a canal across Central America. It was therefore through Turr that Lucien met Ferdinand de Lesseps, the renowned and successful Suez Canal builder.

By 1876 Lucien was deeply involved in the canal project and in November of that year was commissioned to lead an expedition to Panama to investigate possible routes for the canal. The Panama Railway had been in existence since 1856. In fact Thomas Francis Meagher had travelled on it during his Panamanian mission. The French expedition of 1876 was to explore the area east of the railway, the torrid and difficult Darien province. Terrain, climate and disease combined to defeat Lucien’s expedition and he returned in weakened condition equipped only with a vague report that he had crossed the isthmus and his conclusion that a canal was feasible. Lucien was in favour of a “locked” canal, a proposal rejected by De Lesseps who sent him back to Panama a second time to work out details of a sea-level canal and more importantly to negotiate exclusive rights for a canal from the Columbian government which at that time had jurisdiction over Panama.

And this brings us to Lucien’s extraordinary journey on horseback through the mountains, swamps, ravines and raging torrents of the Darien area of east Panama. By any standard his 11- day ride to Columbia’s capital, Bogota, was remarkable. Apart from his fellow adventurer, French lawyer Louis Verbrugghe, Lucien, as far as I can ascertain, had no guide as he set out on the perilous 400-mile route which he later described as “perpendiculaire”. Today travelers will tell you that there is hardly a spot to safely pitch a tent, a hammock strung between trees the preferred sleeping option. He chose this route over the safer but longer boat route to get to Bogota before President Para retired on April 1. And this brings us back to that morning in Bogota when two Frenchmen, one with a proud Waterford name rode down from the mountains to successfully negotiate a 99-year lease which would eventually lead to the building of the great Panama Canal.

Lucien’s mother, Laetitia, who left Waterford in 1828 returned once, to contest the will of her husband Sir Thomas Wyse and to erect a plaque in his honour. In 1871 on March 15, Laetitia died in her home place at Viterno, Italy where she had spent the first years of her marriage with Thomas. Thomas Wyse was one of the great contributors to Waterford social and political life. He is remembered for much but his work in education leading to the establishment of the National School system will remain forever one of his great achievements. He died in Greece in 1862 while carrying out his duties as Ambassador to Greece. Lucien eventually returned to France where, after a productive life, he died near Cannes on the June 15, 1909. 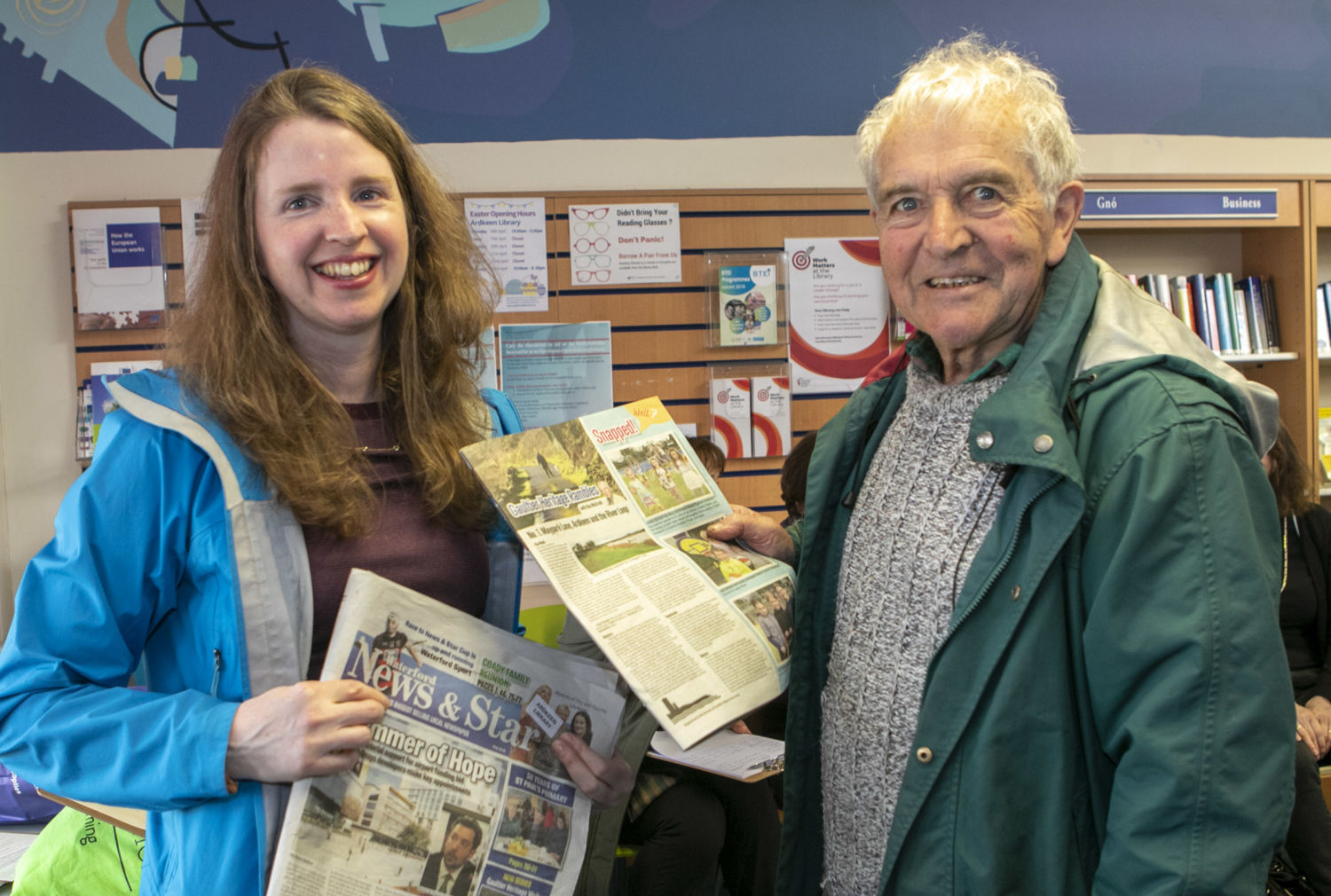 Ray McGrath has written for the Waterford News and Star, most recently a series on Gaultier Heritage Rambles. In 2018 he went to Panama to identify and trace the route taken by Thomas Francis Meagher in connection with building a railway across the Isthmus of Panama. He has also followed the route of another Waterford explorer this time in the Canadian Rockies, Captain John Palliser. While on the Meagher project he learned about the role of Lucien Bonaparte Wyse in the early French plan to build the canal. Ray is a member of the executive committee of Waterford’s Council for Older People where he takes a particular interest in well- being through learning and walking. He is chair of Waterford U3A (University of the Third Age) and a member of the Barony of Gaultier Historical Society.