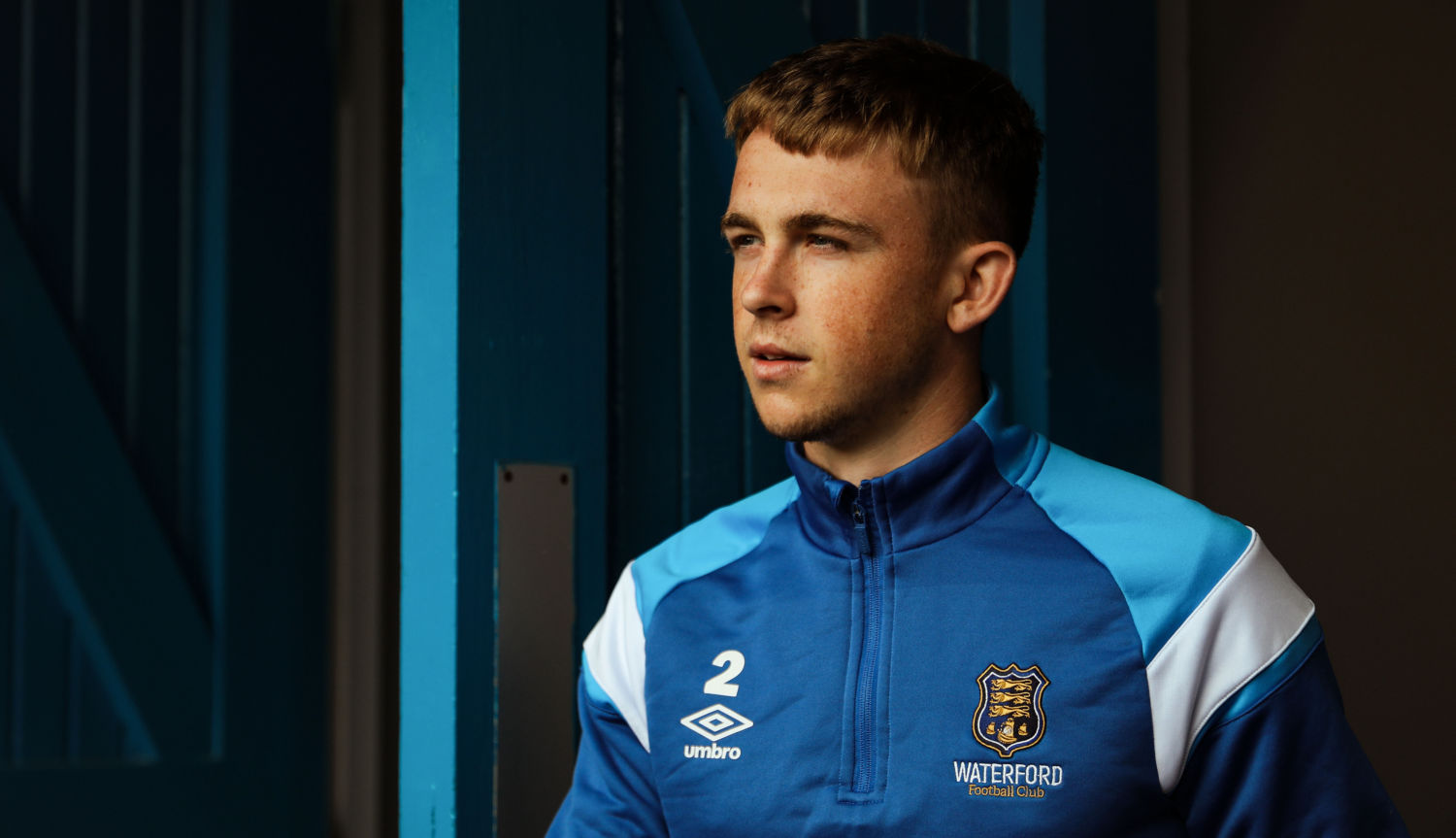 Waterford FC manager Ian Morris had added two more of the Blues’ squad from last season to his ticket ahead of the SSE Airtricity First Division campaign after securing the signatures of both Darragh Power (pictured above) and Tunmise Sobowale ahead of the opener against Athlone Town.
After having a super 2021 season at right-back, Darragh Power’s decision to link up with his local club once again will put a smile of the faces of the Waterford fans as the Kilmacthomas native really shone through in the last year.
A graduate of the club academy, Power won the Under 19 National League with the Blues, and now he is preparing for his third season in the professional game. Although he was been looked at by a number of top division teams, the 21-year-old elected instead to try lead Waterford back to the Premier Division.
Commenting to club media on his decision to return for the 2022 season, Power said: “First of all, I’m delighted to be back. I had a few chats with Ian and I really believe in what he’s trying to achieve this year. Obviously last year was a hard year for everyone but I felt I’ve gained a lot of experience from it. I can’t wait for the season to start and I’m fully focused on getting Waterford back to the Premier Division.” 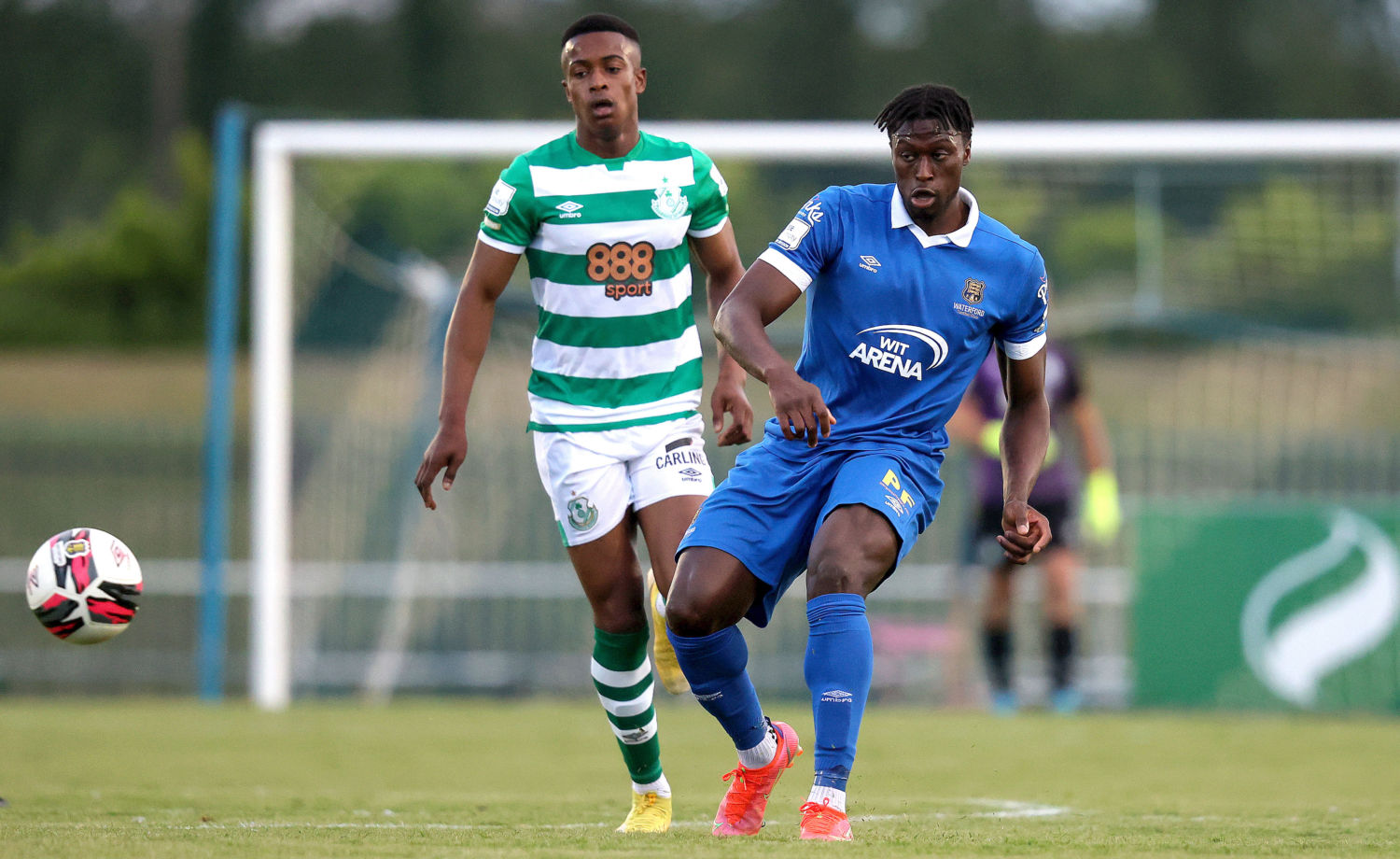 After spending the second half of last season on loan with Athlone Town where he made ten appearances, Waterford native Tunmise Sobowale (pictured above) has also made the move back to the club for the season ahead where he claims that he has “unfinished business.”
Sobowale, who has also played in the League of Ireland with Finn Harps, was also part of the Waterford FC Academy after starring with local club Villa, and he will be hoping for better fortunes with the Blues for the forthcoming campaign.
Speaking to WaterfordFC.ie, Sobowale said: “I have unfinished business with Waterford so I’m happy to be back. Last year didn’t go the way I expected it to personally and when Ian called and told me his plans for me and the club, it was a no brainer.
“I’m here on a mission to get Waterford back into the Premier Division. It’s a shame how everything played out last season especially the second-half. I felt with the way the boys performed that relegation was tough but we have a chance to make it right now.”

“ENERGY AND POWER”
For new Blues boss Morris, he will be happy to have further options for the season ahead, and commenting on the two additions, he said, “Darragh will gives us loads of energy and pace this year. He is improving all the time. Hopefully it’s a big season ahead for him.
“Tunmise has come back in fantastic condition. He’s athletic with power and pace and he can play in a couple of positions.”
It’s expected that Under 19 duo from last season, Callum Stringer and Cian Browne, could be set for the step up to the big time, with Anthony Wordworth’s return to the club also not ruled out. A number of other options are been assessed by the new manager as he continues to finalise his squad for 2022.