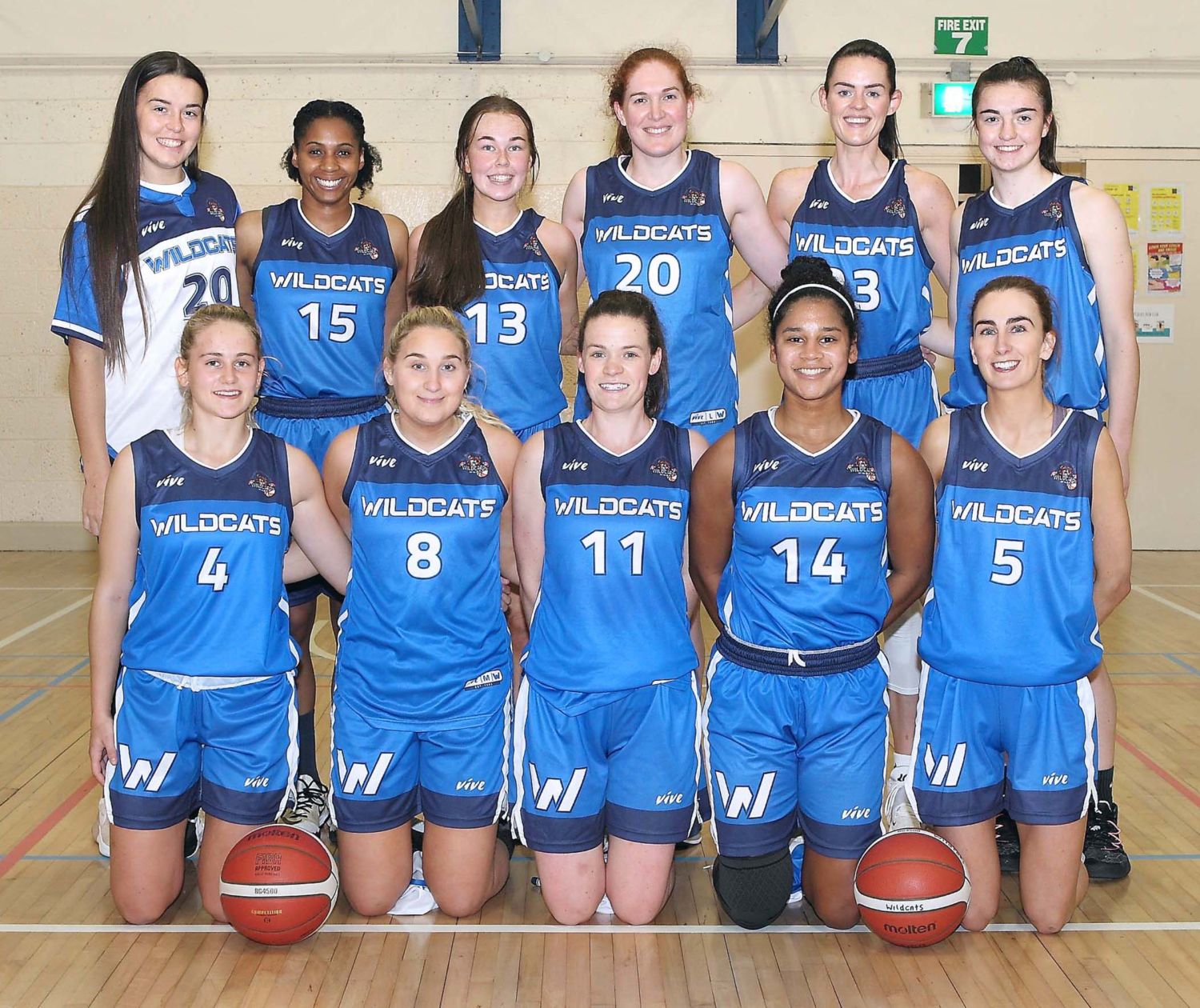 The WIT Wildcats senior team are first into action when they take on DCU Mercy on Saturday in Cork. Photo: Noel Browne.

Next weekend Waterford Wildcats are in the National Cup semi-finals at senior and U-20 level.

DCU will be the opposition in both games which take place in Cork city. The seniors are in action at 1.30pm on Saturday in Neptune stadium. The following day (Sunday) it’s a 2.00pm tip off in the Parochial Hall for the U-20 event.

The experts predict these semi-finals could go either way as recent form shows little between the sides. The U-20 game is certainly hard to predict but if Wildcats show similar form to their quarter-final win over Belfast they will be difficult to beat. Wildcats are the reigning U-20 cup champions and no doubt they will be determined to repeat that success this season.

On the other hand, the senior Wildcats will be without a game for three weeks which is not ideal preparation for such a major event. All Super League games were cancelled last week including the top of the table clash where Wildcats were to host Glanmire. The executive committee decided that due to the rapid cases of the virus reported across the country they would postpone the league games in the hope that the cup semi-finals would go ahead as scheduled. No doubt coaches Tommy O’Mahony and Jillian Hayes would have preferred to play the Glanmire game as they needed to rectify some problems from previous games. The main issue is fouls which cost them dearly in the double overtime game away to Dublin’s Killester and their last home game in the league pre Christmas against this weekend’s opposition DCU. While they were victorious in that game due to a tremendous up-tempo performance which saw them lead by 19 points at the midway stage. Wildcats left DCU back into the game through fouling. The Dubliners hit 11 from 12 on the foul line to bring the deficit down to eight in a nervous final quarter. Thankfully Wildcats went on to win by 14 points. Yes it’s difficult to get it totally perfect playing with such intensity but when some of your better players are sitting out for long periods because of foul  trouble it’s something they need to put right if they are to progress to the final.

The senior game can be watched at the following link:

The U-20 game can be watched at the following link: