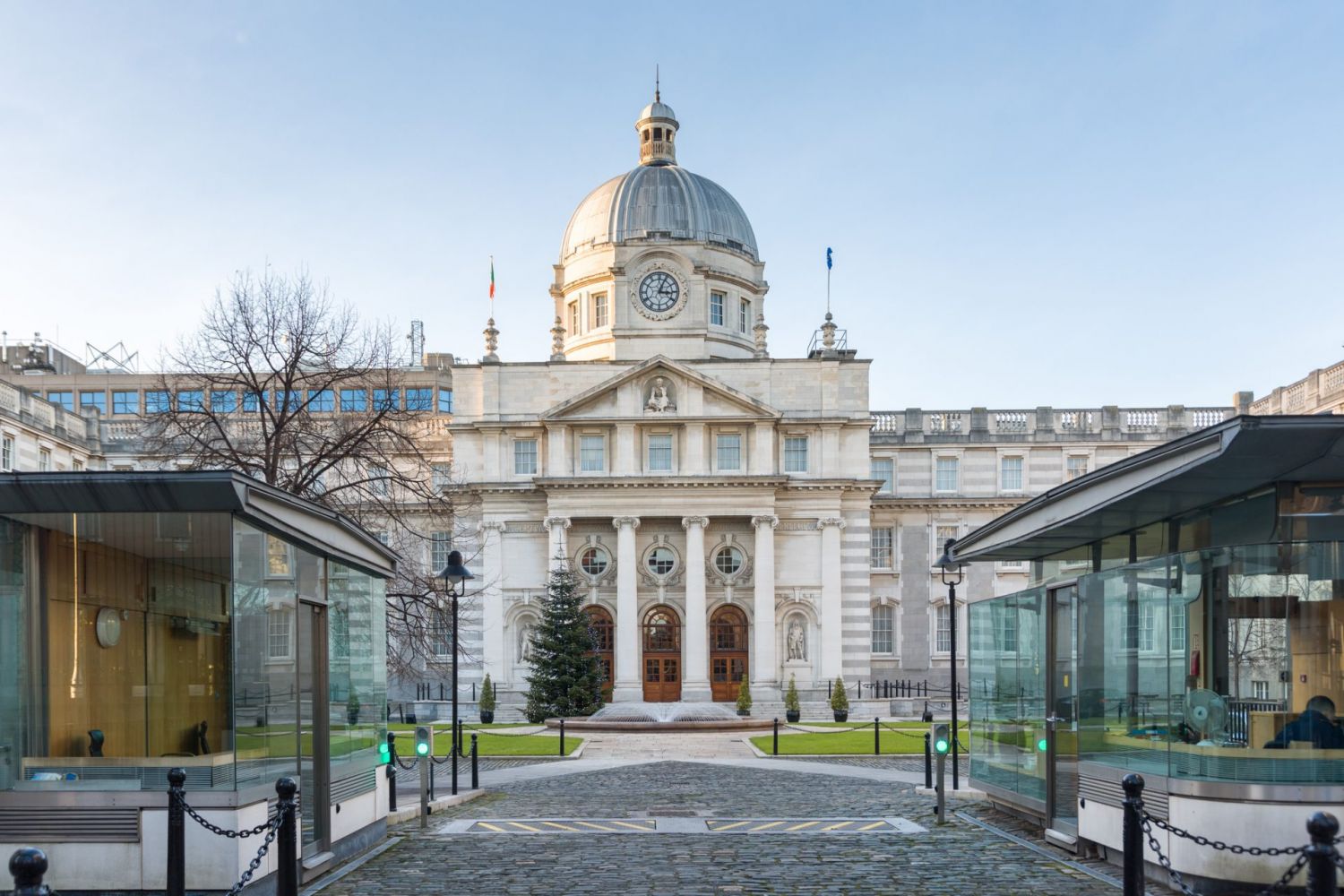 “Does any minister appear to be doing the people’s business?”

THE Phoenix Political Awards have been cancelled for 2021. There were no political winners from a year that was essentially just extra 2020.

Normally this column could rise to celebrate the few crumbs of positivity, the small steps forward won on the political battlefield. It would be lovely to knock out this copy in a Cork or Dublin newspaper.

Politics in the South East is an extraordinarily low scoring game, it has not produced a winner who actually won in a generation. If politics is the art of the possible, politics is not even really played here because at the moment the State cannot do one meaningful thing in our region. Nothing has been possible, to say otherwise would be deceiving.

Let us start by looking at the national leaders. Meaningful Christmas to Kleptocrat-for-Cork Micheál Martin looks like a winner from Cork South Central, but from a few miles away it is more like a scene from Waking Ned, the 1998 paddywhackery film about when a lottery winner dies of shock, his fellow townsfolk attempt to claim the money.

Martin has been a deadman walking in FF since the election, held upright like Leonid Brezhnev in his last days by comrades who have no viable alternative. He has used his autumn in power much as Michael Noonan did – to line his constituency with projects. Loser.

Leo ‘who will never forget Waterford’ Varadkar got mauled by 2021. Mostly it was payback for his failure to make his mark as Taoiseach. After the disaster of Enda, FG went looking for an iconoclast within its ranks.

Leo really looked like he was going to shake things up – honest and tough in sound-bite mode, a great Leaving Certificate suggesting he was no thicko coffin surfer, eventually openly gay, and not the usual blue to white skin tone of a normal Irish politico.

He looked like a great front of house man right until the election drubbing of 2020, the Leo the leak scandal which we cannot comment on because of ongoing criminal investigations and his absence of authority over his sole trader ministers. Loser.

Mary Lou McDonald is obviously a bit of a winner in 2021, but only because she has yet to hold the reins. She is in that weird phase of being very careful as she walks the tightrope towards power, a tightrope with three years to go.

Expect her to be enveloped in political bubble wrap in 2022, seen occasionally in wellies in floodwater, hard hat and high viz on factory floors. 2022 is another year where she will practice pointing at things. Will her ascent to power be another Gilmore gale of the left? Draw.

Various Ministers have acted with a mix of cowardice and backbiting mean-spiritedness throughout the year. There is still hardly an ounce of camaraderie. For most of the year they each attempted to hang each other out to dry, leaking and briefing against each other. Live tweeting of parliamentary party meetings is now the norm.

Meanwhile, house prices rocket further away from people wanting a home, hospital waiting lists and our national debt spiral out of control, another year of no progress on our university ambitions, schools, hospitality, tourism and the arts have been royally messed around by the absent leadership – does any minister appear to be doing the people’s business? A shower of losers in 2021.

So what of our own TDs and Senator. In the main, they followed their leader’s fortunes.

Minister Mary Butler continues to deliver handsomely for the people of Cork; it is hard to find a single positive development in Waterford that is her initiative.

In our earlier national round-up Green Party leader Eamon what’s-his-name did not feature, Marc Ó Cathasaigh TD is cut from the same cloth with only a few bike racks on his list of achievements.

Senator John Cummins is perpetually talking up Government policies that fail Waterford, like Mary and Marc always party before people. The hospital, airport, technological university, M24 motorway, North Quays are all in trouble and these three of this year’s losers need a win to keep their political careers alive in Waterford.

David Cullinane TD follows his leader Mary Lou, he is seriously being groomed for high office. So he is on listening tours, standing on the plinth of the Dáil holding reports and studies, trying very hard to genuinely convince middle Ireland that he can turn health around. He has become mute on all things Waterford, as he knows voters will have to back him strongly to win a seat at the cabinet. Whether he will deliver for Waterford is still a great unknown, he is worth the punt, but still a draw.

David’s silence has seeded space to Matt Shanahan TD who has straddled the two horses of regularly voting with the Government whilst also being mouthy about all things Waterford. He has put in some sterling Dáil performances that corner those in power over 24/7 cardiac care, the airport and the technological university. It brings attention and pressure, but this agenda has yet to yield a result. A draw!

We are now locked into this unpopular Government for the next three years. FFG and the Greens are so electorally unpopular they would be stupid to ask the people for an opinion.

SF are peddling hard at appearing more competent to middle Ireland as they strive to become a real party of Government. A small ray of hope is that tightening Government numbers might bring Matt Shanahan’s vote into play, or that both FF and FG might see off their disastrous leaders in Leo and Micheál. We might even hope the Government falls and we get another shot at some sort of fairness from the national table.

We can all hope that there are people worthy of trophies in 2022 because this Government is not working for us. Do try to raise a glass for 2022, because from here, the only way is up.