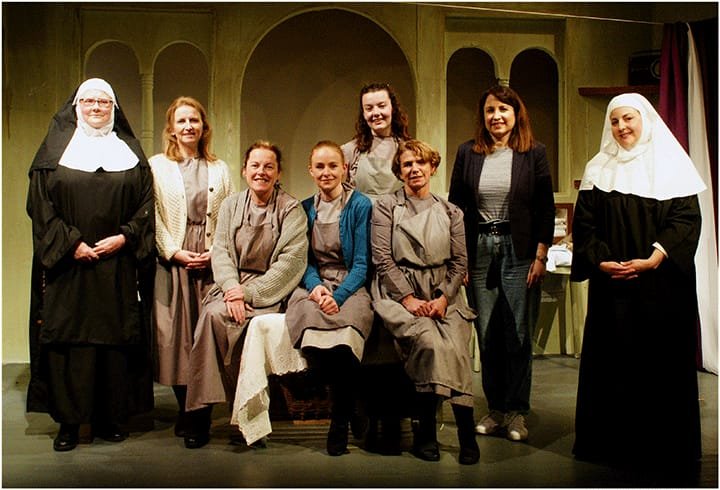 The cast of Brewery Lane Theatre’s ‘Eclipsed’, which ran prior to Christmas.

BREWERY Lane Drama Society, and companies like them, are among the reasons that I love amateur theatre so much. Its pre-Christmas production of ‘Eclipsed’ – set in a Magdalene Laundry in the fictional town of Killmacha – has seen an epic journey of a year’s rehearsal to bring it to the Brewery Lane stage.

Covid shutdowns, partial and then full re-openings and now back to partial re-openings along with significant team issues due to illness, that required Barry Comerford to replace Tom Nealon as director, has made the ‘Eclipsed’ journey heroic.

I can only imagine the number of times that the temptation to withdraw the play must have arisen and, yet, here we are tonight with a tiny audience in this jewel of a little theatre that is Brewery Lane.

‘Eclipsed’ was a deeply disturbing play when it was written some 28 years ago and its author, Patricia Burke Brogan, bore the brunt of the anger of a deeply conservative Ireland that was not ready to accept the appalling vista of what was about to unfold about institutions such as Magdalene Laundries, orphanages and industrial schools.

During her summer holidays, novice and teacher Patricia Burke Brogan was sent to the Magdalene laundry in Galway’s Forster Street to help supervise the women.

What she saw shocked her and ultimately played a role in her decision to leave the order. She has remained an active member of the Catholic Church, but never forgot what she had seen these women endure.

The story takes place in St Paul’s Home for Penitential Women in the fictional Irish town of Killmacha, where a young novitiate Sister Virginia (Sheenagh Raggett) is put in charge of five women imprisoned in the laundry system, played by Paula O’Dwyer (Nellie Nora), Mandy (Mary McGrath), Bridget (Jacquie Ahern), Cathy (Fiona Hennessy) and Caoimhe O’Shea (Julia).  Mother Victoria (Maria Clancy) is determined that the penitential women will do penance for their sins and reduces the lives of the young women to misery and slavery where escape is virtually impossible. 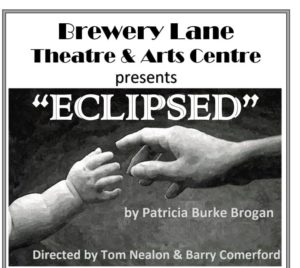 When a seriously asthmatic Cathy – denied any medical treatment – does succeed, she is caught by a laundry van and returned to the convent where she is beaten by a sadistic Mother Victoria.

While the script sheds light on the appalling conditions of the laundry, it falls short on backstory with shadowy references to the reason for the incarceration of the young women and the nature of their relationships with former lovers.

The register of young women that Rosa – one of Bridget’s twin daughters given up for adoption without her consent – is all that remains with comments such as ‘signed in by an older brother’. A deeply disturbing subsequent revelation exposed that many of these registers had been deliberately ‘doctored’ to prevent future disclosures regarding the whereabouts of these forcibly adopted children.

While some of the 1992 script now seems dated and predictable, the impact of the story of these young women, hidden away from society and shunned by their relatives, remains powerful and the women’s attempts to survive and overcome their inexplicable incarcerations are the stuff of epic survival.

Life for everyone in the laundry is grim. Mandy retires into a fantasy world where Elvis is her boyfriend and will come to take her away; Juliette, straight from the orphanage retreats into the world of laundry labour to escape from release into a terrifying world; Nellie-Nora is already institutionalised and lives for the butts she finds in the pockets of laundry items; Cathy is consumed with her daily struggle with asthma while feisty Bridget spends her days plotting her escape. Sr Virginia constantly wrestles with her conscience and her role as the keeper of the keys that the women beg from her while Mother Victoria broods over her labour-camp like the capos in the Nazi concentration camps.

The standing ovation when I attended was not only for the production itself but an acknowledgment that theatre shines a light in our lives in the darkest of times and gives meaning to our understanding of our place in the world around us.