Young guns can fire Gailltír to another All-Ireland crown 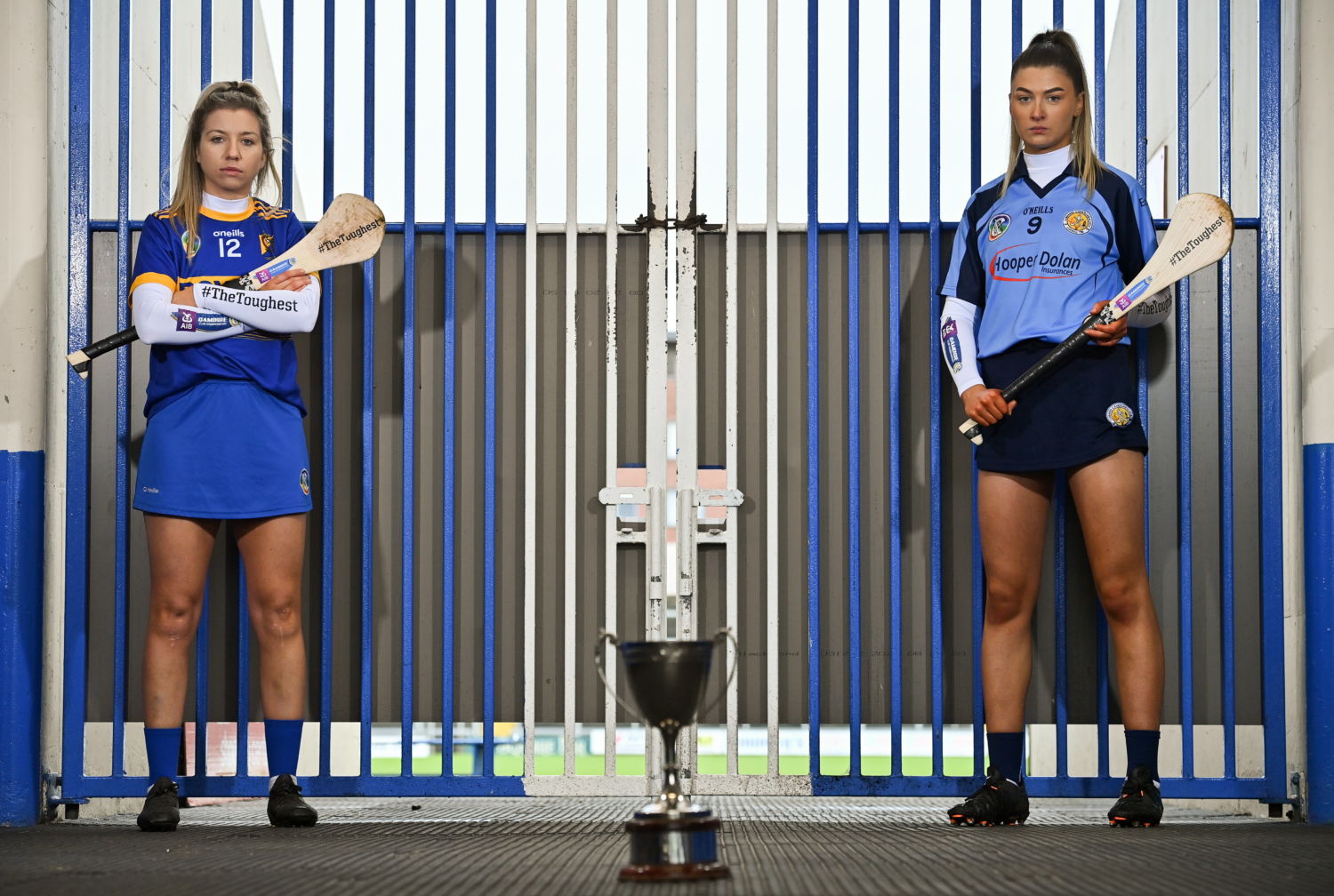 Pre-covid times were the best of times for Gailltír.
March 1, 2020 marked the greatest day in the club’s history.
Trailing by a point to St Rynaghs in the All Ireland final, super sub Úna Jackman snatched victory from the jaws of defeat with a goal four minutes into injury time. Her sister Patricia sent a long range free in around the house, Shauna Fitzgerald grabbed the sliotar, offloaded to Úna and she buried it in the top corner.
“It’s just a dream, I don’t have words since the final whistle went. I just can’t believe it. I feel like I’m actually dreaming. Someone is going to pinch me and we’re going to have to do it all over again! I thought it was gone, I really thought it was gone.”
Áine Lyng climbed those famous Hogan Stand steps and lifted the Agnes O’Farrelly trophy. “I stood at the end of the steps, I closed my eyes and took a breath. I enjoyed every single step going up there! I’ll hold this in my heart forever.” Later that night, they ran across Rice Bridge and held a homecoming at the Woodlands Hotel.
The world changed utterly after that. The medals were due to be presented two weeks later but that event, like so many others, was postponed. Those boxes remain unopened.

The Gailltír players celebrate after their March 2020 All-Ireland Final win over St Ryanaghs in Croke Park. They meet the same opposition, this time in Thurles, on Saturday, hoping for the same result. Photo: Inpho.

NORMAL SERVICE RESUMED
Gailltír got back to the field in the summer and won another county title but didn’t get the chance to defend their All Ireland. They were one of 35 clubs who successfully lobbied the Camogie Association to complete the 2020 provincial and All Ireland series. Almost a year later than advertised, they can go back to back on Saturday. Better late than never.
There has been a change of the guard since that unforgettable afternoon at GAA HQ. Club greats Áine Lyng, Patricia Jackman and Emma Hannon have all departed as well as matchwinner Úna Jackman.
The next generation have stepped up. Seven years ago, Gailltír won the All Ireland Under 14 Féile for the first time at Semple Stadium and those players are all grown up now. Annie Fitzgerald, Aoife Fitzgerald, Clodagh Carroll, Leah Sheridan, Hannah Flynn and Ciara O’Sullivan are first team regulars in 2021. Carroll has been commanding centre back all season long while Aoife Fitzgerald has taken over from her cousin Annie on frees.

STARRING TEENAGERS
Teenagers Maeve Sheridan and Alannah O’Sullivan have also made their mark this season. O’Sullivan sparkled in the county final with four points from play, found the net in the Munster final and scored 2-3 against Clarinbridge. Sheridan shadowed Déise captain Niamh Rockett in the county semi final and Abby Flynn in the final.
This young team have answered every question so far. Even when playing below par, they can still grind out a result. They did just that on county final day against De La Salle when late points from Laoise Forrest, Annie Fitzgerald and Aoife Fitzgerald sealed four in a row. Inspired by goalkeeper Ciara Jackman, they battled back in the second half of the Munster final against Thurles Sarsfields to capture their fourth provincial crown in five years. It was more straightforward in the All Ireland semi final as Alannah O’Sullivan and Anne Corcoran goaled twice in a comprehensive 4-14 to 0-5 win over Clarinbridge.
Captain Margo Heffernan is a major injury concern for the defending champions. The number three missed the Thurles Sarsfields and Clarinbridge games with a broken hand. Hannah Flynn has minded the house in her absence.
St Rynaghs are seeking revenge for what happened at Croke Park. The Offaly side saw off Eglish 3-15 to 1-3 in the other semi final. Mairéad Daly struck two goals, Róisín Egan got one while Kate Kenny hit nine points. They have collected five county senior titles in a row as well as three Leinster intermediates.
Gráinne Dolan, Róisín Egan, Kate Kenny and Siobhán Flannery were all on the Offaly starting fifteen last season that stayed in the senior ranks. Linda Sullivan also has plenty of inter county experience while Mairéad Daly is a star player with the Faithful ladies football team.
As Rynaghs know all too well, Gailltír have a knack of winning tight games and this final will go right down to the wire again. If the Fitzgeralds, Alannah O’Sullivan and Anne Corcoran fire on all cylinders, the blue and navy could have two sets of All-Ireland medals to hand out. 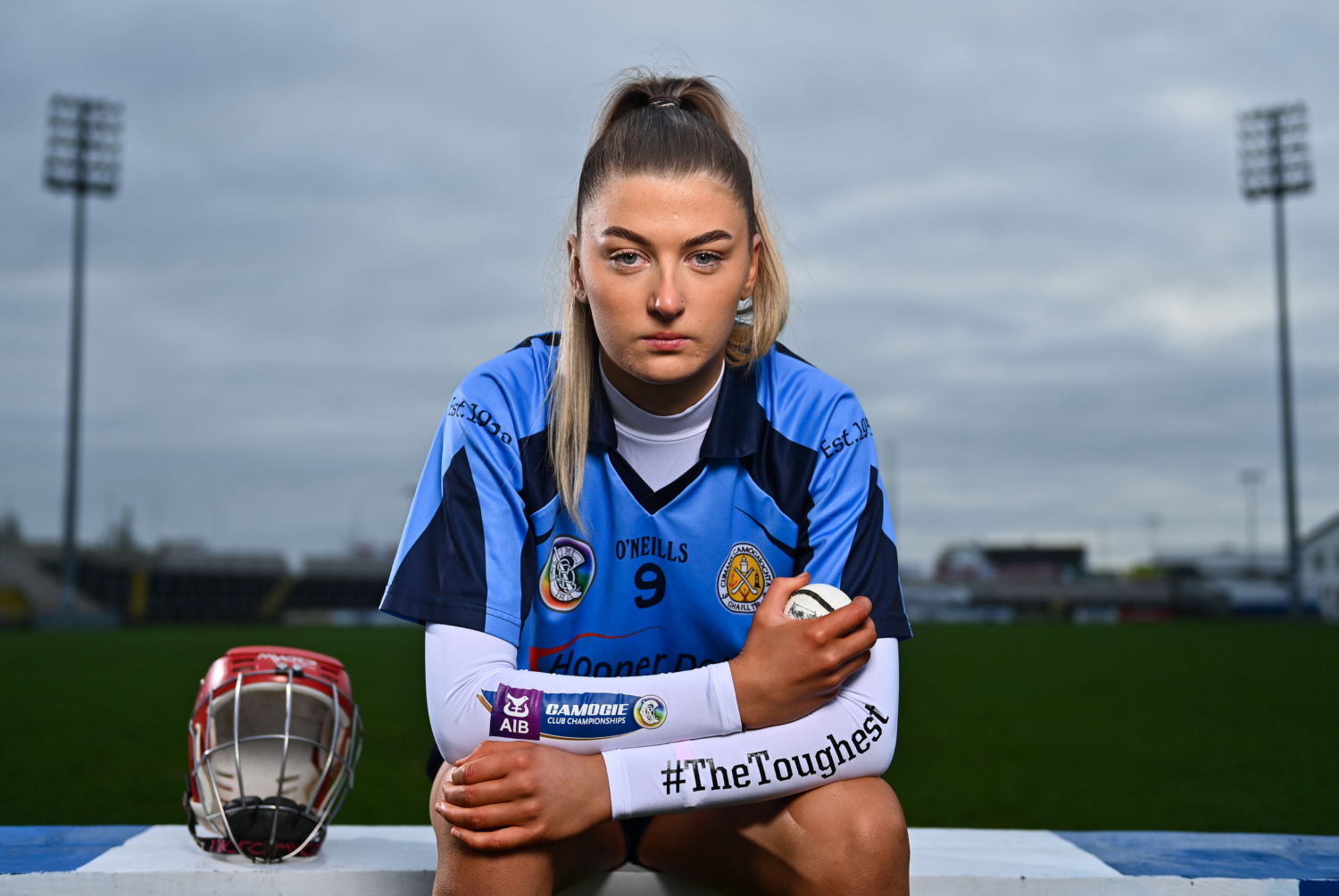 Ciara Jackman at the media day this week ahead of Saturday’s All-Ireland final clash with St. Ryanaghs of Offaly in Semple Stadium. Photo: Sportsfile.