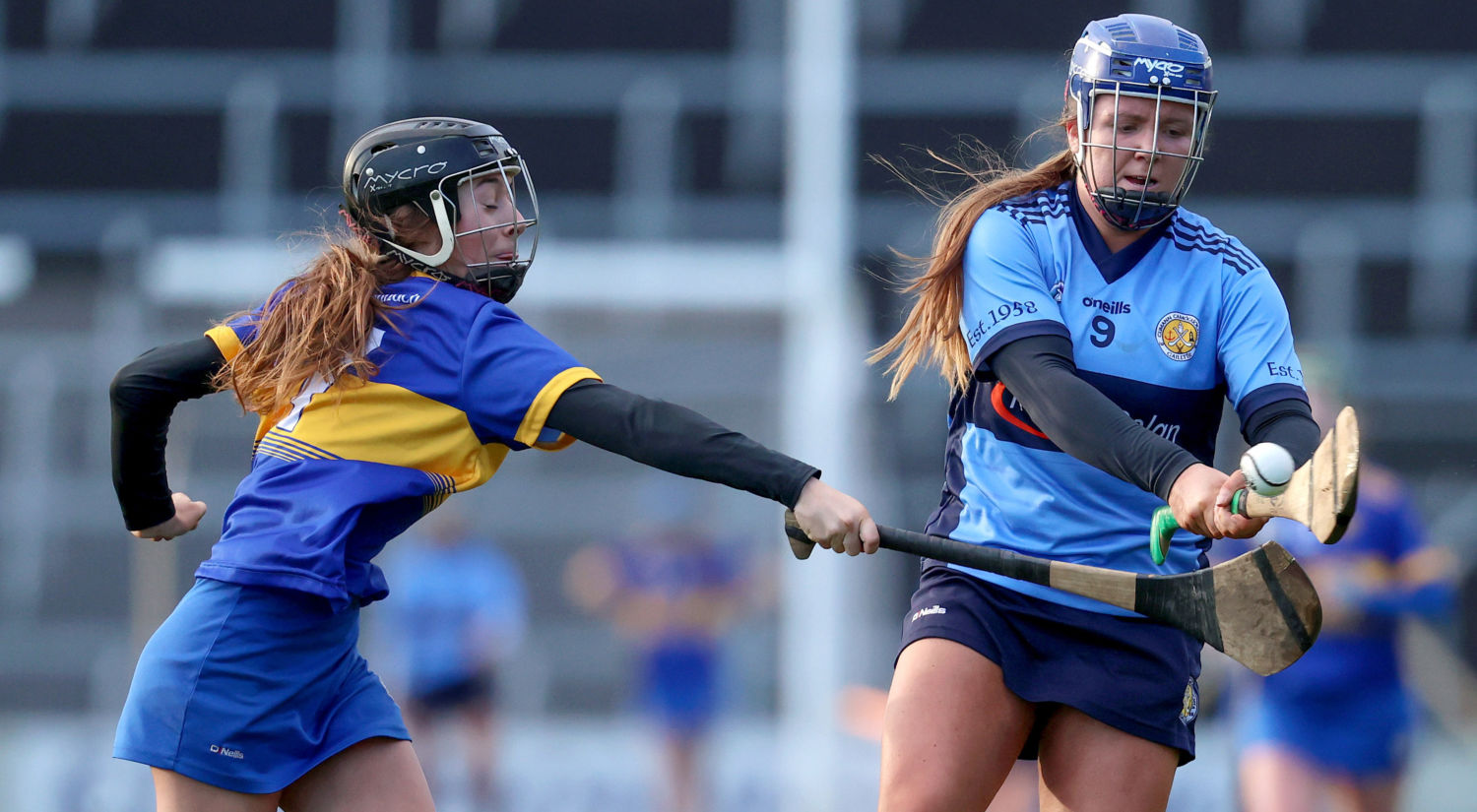 There was All-Ireland Final heartache for Waterford camogie champions, Gailltír today, as they lost out to St. Ryanaghs of Offaly in the 2020 AIB All-Ireland intermediate club camogie final at Semple Stadium.

The sides had met in the 2019 decider, when the Déise crew prevailed, but the Saints were stronger on this occasion, albeit that they needed a slice of fortune when the otherwise flawless Gailltír goalie, Ciara Jackman dropped the sliotar from Aoife McLoughlin’s shot just over the line three minutes after the resumption. Their own goalkeeper, Ellen Galligan made a vital double-save in the final quarter to keep their noses in front.

That gave Mark and Molly Dunne’s team a lead they would never relinquish, thanks to some unyielding defensive work and Kenny’s accuracy. Helen Dolan, Emma Corcoran and Elaine Sullivan were just some of those who shone for the victors, but Kenny’s tour de force earned her the player of the match gong.

Gailltír will rue being unable to build on a fast start and St Rynaghs’ first-half endeavours into a very strong wind, which saw them level at 0-6 apiece at the interval, laid the groundwork for an Offaly club’s first All-Ireland triumph. Clodagh Carroll, Aoife Fitzgerald and Anne Corcoran led the champions’ defence but they could not do enough to retain possession of the Agnes O’Farrelly Cup.

Both units started without talismanic figures due to injury, Gailltír denied captain Margo Heffernan and Rynaghs minus the services of Siobhán Flannery, though both arrived at the same time, immediately after McLoughlin’s goal.

In terms of the turnover from their last meeting however, it was the Offaly women who looked to be in a healthier position for the availability of Mairéad Daly, who was sidelined in 2019 with an ACL injury. In stark contrast, Gailltír could no longer call on the vastly experienced and powerful ex-Waterford trio Trish Jackman, Emma Hannon (Roche) and the victorious 2019 captain Áine Lyng, as well as the match winner that day, Úna Jackman.

Gailltír began with a very strong wind and had two points in 38 seconds from the Fitzgerald cousins, Annie and Aoife. Rynaghs’ experience told however and they gradually settled into the fray, beginning to get on top in the rucks. A number of frees resulted and Kenny slotted three of them. McLoughlin helped herself to a super score from a tight angle too and the Banagher contingent led by 0-4 to 0-3 at the water break, Aoife Fitzgerald having driven over from a 60m free at the other end.

It might have been even better for the winners, when Kenny’s free dropped into the mixer and McLoughlin drew a fantastic reflex save from Jackman with her first-time shot off the sod from close range. The netminder also needed to be very alert on three or four other occasions in mopping up a number of loose ends as Rynaghs threatened.

Aoife Hartley levelled again from distance and in all the teams were locked together five times in that opening period and six in total. Aoife Fitzgerald and Kenny exchanged frees, the latter after being fouled herself and after the former lofted over from near 65m, Kenny split the posts with her first score from play after being found by Gráinne Dolan.

Gailltír were quickest out of the traps once more as Corcoran’s searing run ended with a scooped shot that just cleared the crossbar at the start of the second half. Kenny equalised from a free once more and McLoughlin’s goal came directly from the next attack.

Both outfits defended stoutly and Orla Murphy switched the Fitzgerald cousins in a bid to get Annie into the game more. The Blues really ramped up the pressure in the final quarter throwing kitchen sink, cooker and all at their rivals.

A huge moment arrived in 22nd minute, as Saints custodian, Galligan made a double save from Corcoran and Alannah O’Sullivan. Four minutes later, Kenny glided into space and slotted magisterially after Louise Mannion had carried for 40m

Aoife Fitzgerald took a point from a free on the 20m line as four minutes of added time were signalled but it was St Rynaghs who had the final say.

Kenny produced what will already take beating for score of the year. Linda Sullivan did the spadework initially but Kenny had so much to do when gathering possession. Excellent footwork made some space before she unleashed a shot, tight to the left sideline and no more than 25m from the endline. Daly followed and sweet victory was finally assured. 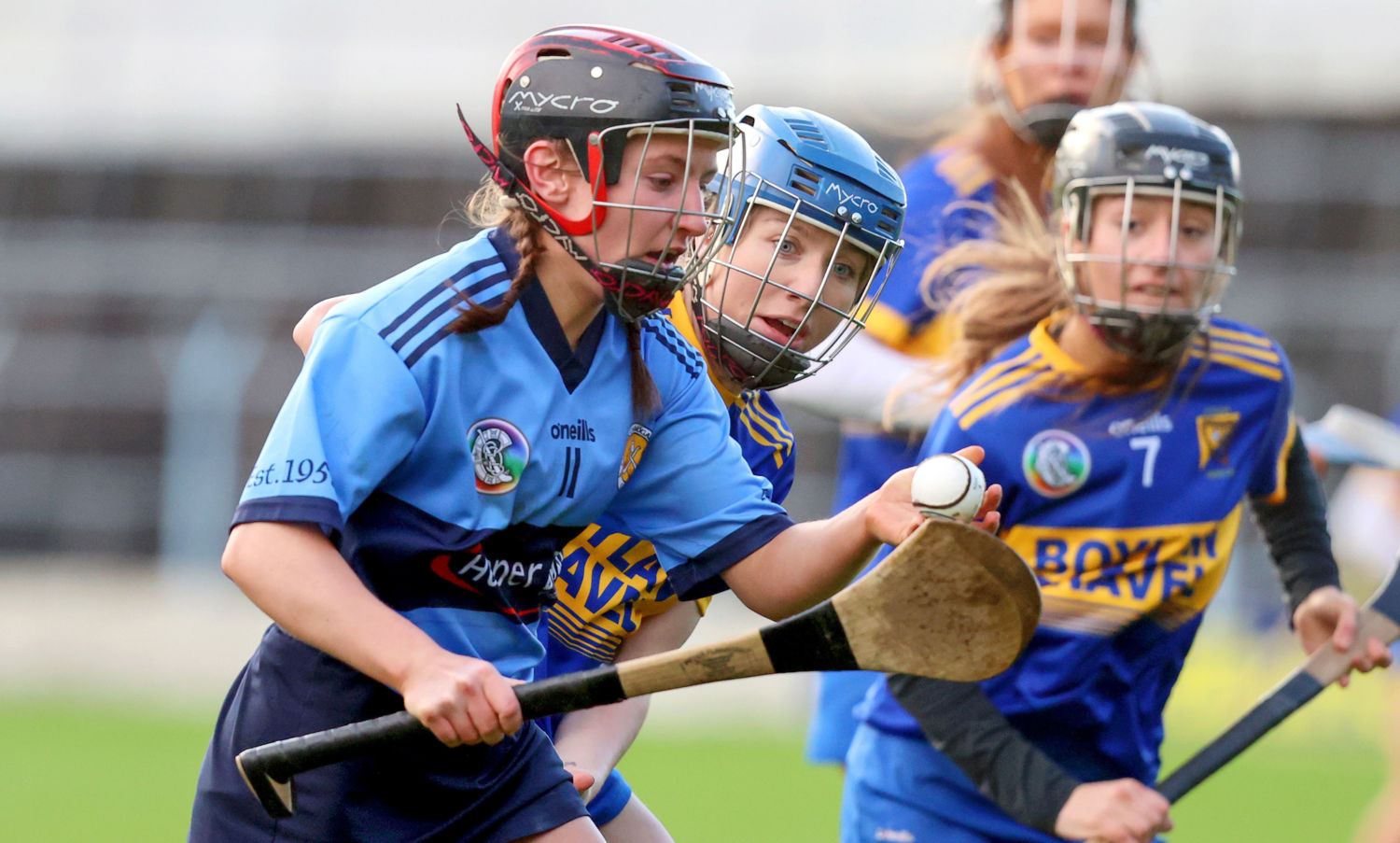