The Wonder of Crough 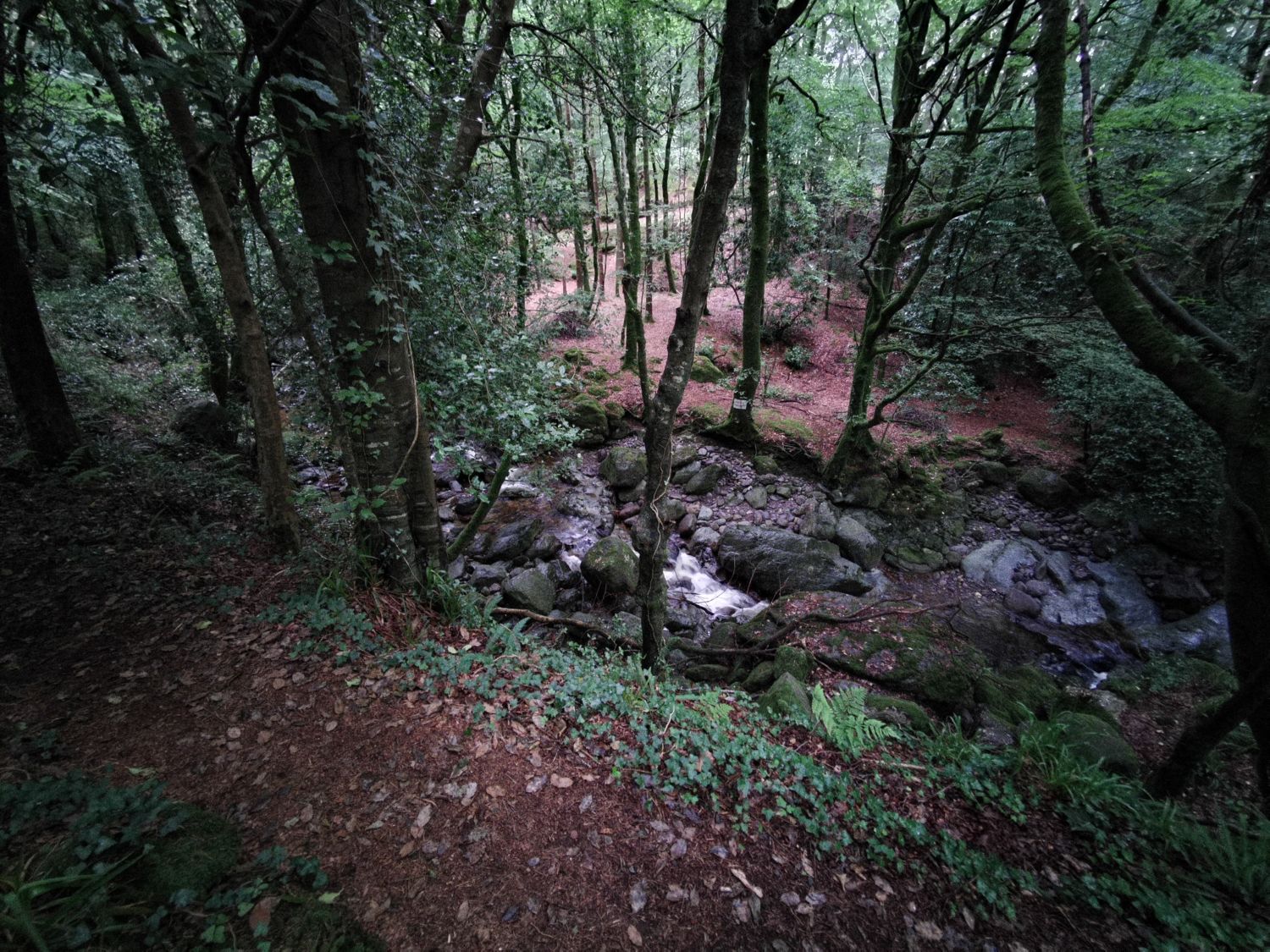 The River Mahon as it descends through Crough Wood: another Waterford treasure.

A SOFT afternoon towards summer’s end in 2021. It’s one of those less hectic days and we’re in no rush to do anything in particular. There are never enough days like these.

On the way back to Waterford from Dungarvan, herself suggests a trip to Crough Woods at the foot of the Comeraghs. I heartily second the motion and within a few minutes, we’ve arrived at our destination in Mahon Bridge.

Within minutes of taking to the pathway, passing by Lorcan Quinn’s Fairy House (words printed in vivid white against its deep red roofing), I find myself transported once again and completely at peace.

There’s a Tolkien-like quality to Crough. It doesn’t require much imagination for me to envisage Frodo and Sam embarking on a harmless amble through these parts. Alas, these parts have not escaped the mark of the worst kind of Isengard wizardry.

Sadly, there are few high and ancient native trees along the route which runs parallel to the Mahon River, as an A4 sheeted history, Perspexed on bark, informs visitors.

Following the death of Miss Caroline Fairholme, the estate established by the Pallisers in the latter half of the 1700s, who sat at nearby Comeragh House, was broken up.

“The woods,” the notice states, “at one time boasted of having a tree from every country in the world. Certainly, many exotic trees were remembered by the local people growing throughout the estate.”

Yet sadly this was not to remain the case. “The woods so important to the Fairholmes and Pallisers were felled without regard to the preservation of the exotic trees. All wood was the same as far as the merchants were concerned. Local people remember walnut and redwood trees. A few remain in the grounds of Comeragh House (along with) a very few oaks in the Mahon Glen, just because they were inaccessible at the time.”

Remarkably, as the notice points out, this warning from history was not heeded during the mid and late 20th century.

“Then the forestry planted the whole lot with Scots Pine and the place became inaccessible until the trees grew and killed the undergrowth of briars, whorts, etc. Forty years later during the 1990s, the Forestry harvested the timber again amid great destruction, including the breaking of the Mill race bank. This time, huge machinery was used and rough roads were made to take out the timber, causing a change in the flora and fauna once again.”

The notice concludes: “The woods were rescued from further destruction by private buyers and the local community development group.” And what a magnificent job these stakeholders have done, given the settled, mature look to the woods which greets visitors today.

Of course, the revived Crough Woods has not been without some contemporary upheaval. In August 2020, the most severe local flood in almost 60 years undid a great deal of the work the Comeragh Community Development Group (CCDG) had achieved in terms of developing the path. Yet within three days, work which I saw at first hand, the group had the 2.6 kilometre route re-open to the public following a round the clock effort.

A Go Fund Me Campaign secured €5,000 for the works almost as quickly as Crotty The Robber entered into local folklore, so much so that his ghost, dubbed the ‘Dark Stranger’, now reputedly haunts the Comeraghs. 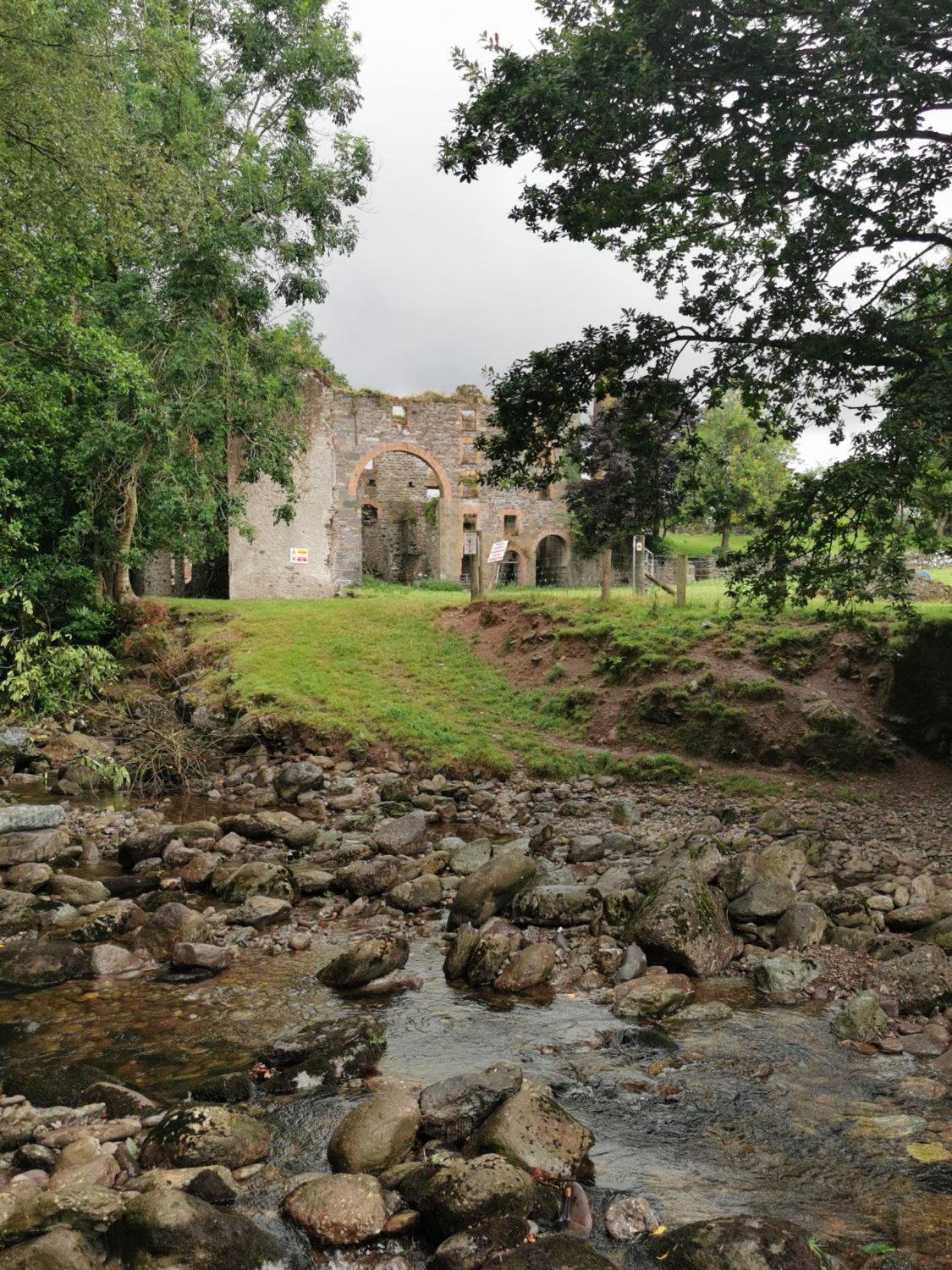 Along the walk, one sees the William Tinsley designed mill, which once featured the second largest diameter mill wheel in Ireland, was completed in 1847, a relic of a bygone industrial age.

Through this welcome gesture, the general public surely recognised not only the need of the group at that juncture, but were also saluting them for years of hard work to deliver one of mid-Waterford’s most beautiful amenities.

It’s impossible to fully quantify the value of what locals like Declan Mulhearne and Niamh Quinlan, to name but two, have done on behalf of everyone who walks along this beautiful loop.

The forest green-painted CCDG donation box at the foot of the walk can never have enough currency in it. It behoves all of us who love and avail of the walk to throw in what we can when we have it to hand.

From the stunning mid-19th century mill, which emerges from beyond the Mahon and through the trees, to the glimpse of the Comeraghs, shrouded in cloud at the loop’s turning point, Crough happily takes me hostage. It’s impossible not to surrender to nature as you walk through this glorious glen.

A couple of days after looping through Crough, I sought out a lyric that touched on the essence of not only that pleasant hour under the Comeragh canopy, but of my greying temples and time’s irreversible advance.

I did so after a few hectic hours of to-ing and fro-ing in which I’d done a few chores, none of which will ever amount to any noteworthy achievement. The things we all do. The things we have to do.

I read the following 700-year-old words, credited to Charles of Orleans (1394-1465) but below versioned by RL Gales (‘The Renewal’) and thoughts of nature, the passage of time and the pandemic all came to mind.

The year has left his mantle grey

For gold and blue of shining skies,

The frost and cloud of his disguise

By the clear sun is swept away.

There is no beast nor bird today

But in his jargon sings or cries:

The year has left his mantle grey

For gold and blue of shining skies.

River and brook and fountain play,

They sparkle in such gallant wise,

Their silverwork makes glad the eyes;

New is each leaf and flower and spray,

The year has left his mantle grey.

Sometimes, it’s essential to remind one’s self that we’re just passing through and that fussing is as pointless as it is time consuming.

Pausing to inhale our landscape, to take in nature in all its beauty, be it by yourself or in good company, now that’s when living gets done. The beauty of Crough Wood, I sincerely hope, will remain eternal. Please see this Waterford treasure for yourself. 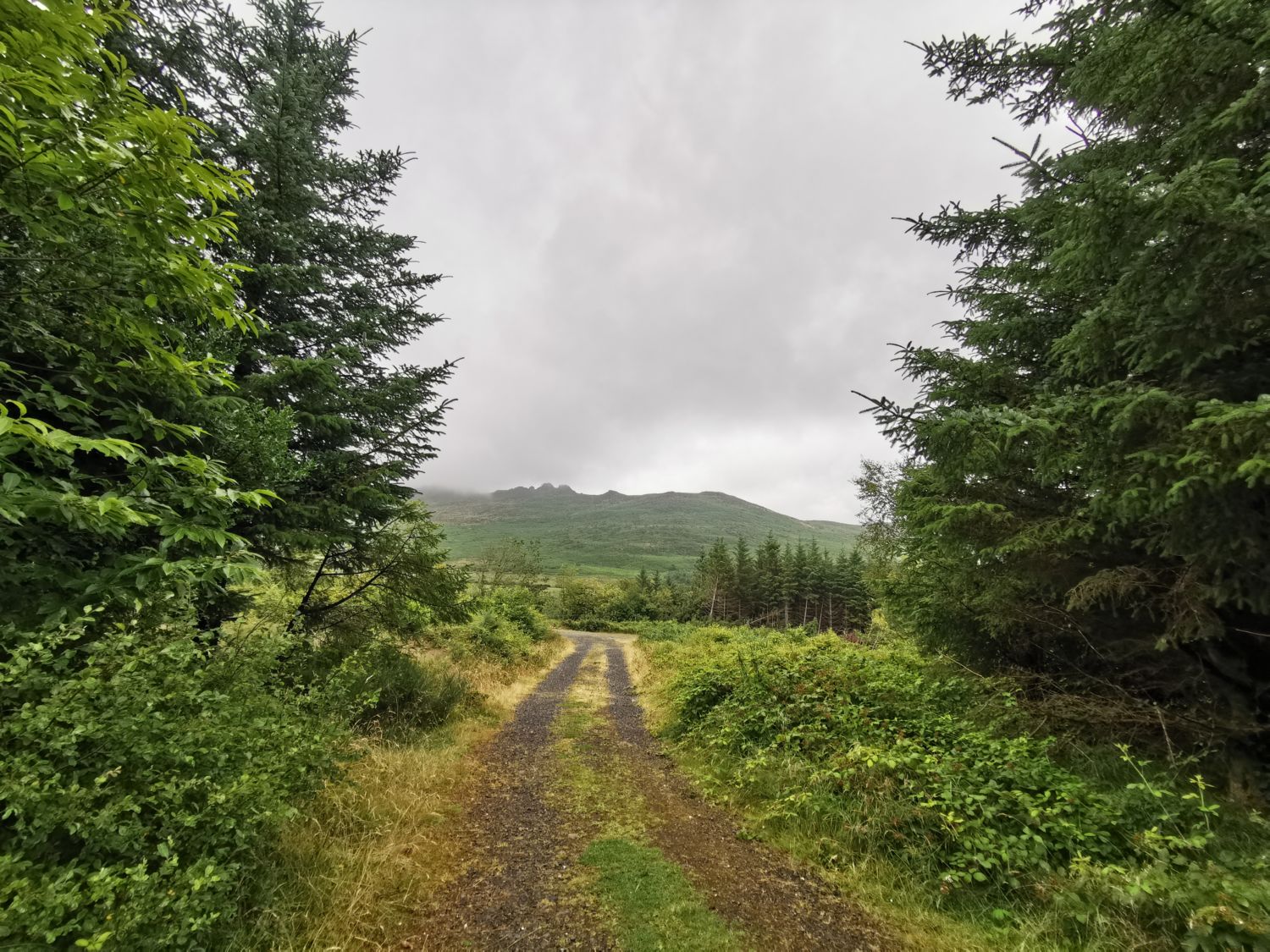 The Comeraghs emerging through the late summer cloud at the Crough Loop’s turning point.