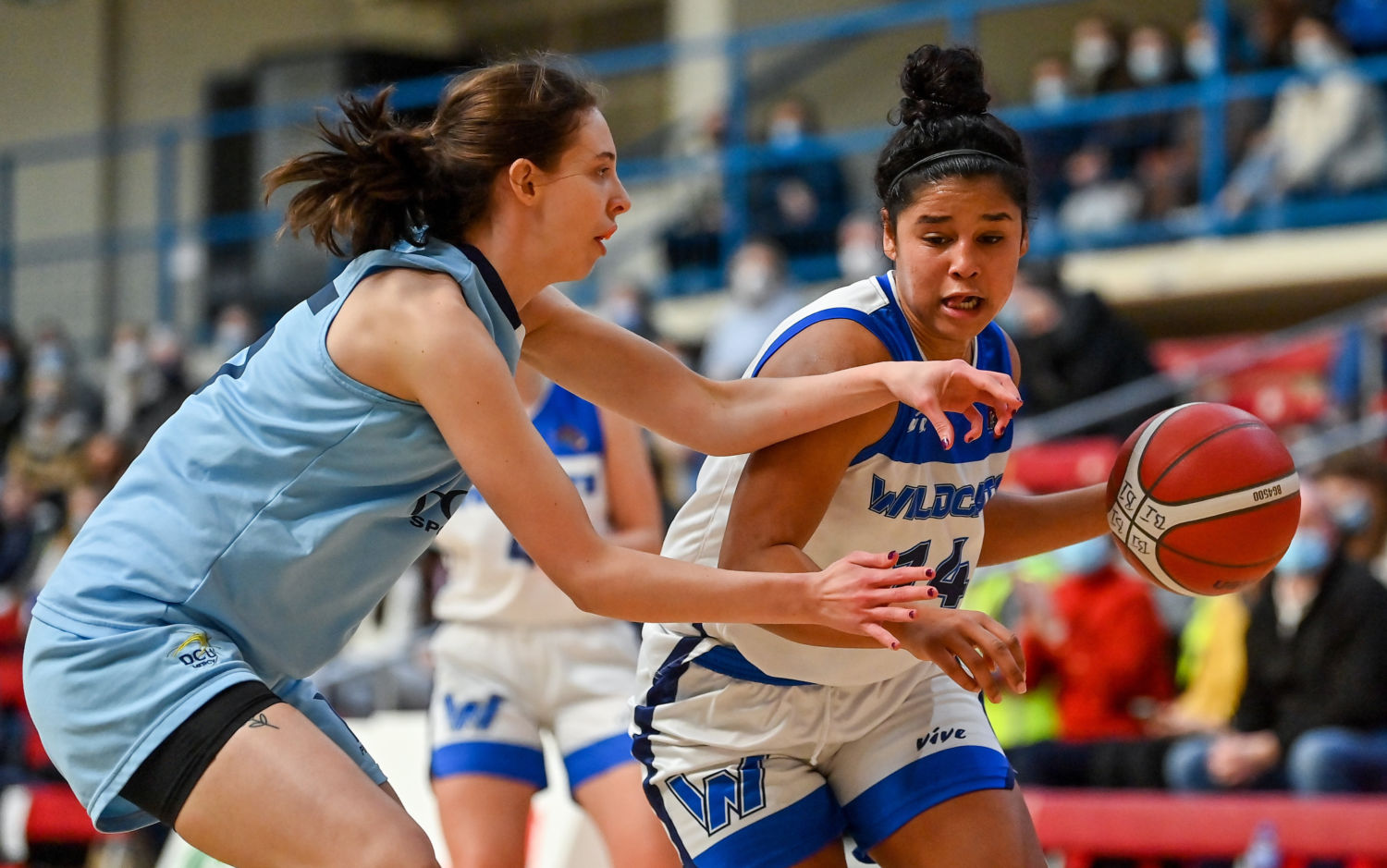 WIT Wildcats missed out on a place in the Paudie O’Connor Cup final of the InsureMyHouse.ie National Cup, after lost out by a single basket to DCU Mercy at Neptune Stadium today.

The second quarter followed the pattern of the first, WIT Wildcats inching into a lead, only for DCU Mercy to peg them back. A Stephanie O’Shea layup had WIT Waterford Wildcats 30-24 up with three minutes to go in the second quarter.

But a Mayze fastbreak and layup and another layup from Rachel Huijsdens made it a one-point game, 30-29, with less than two minutes to go. But WIT Waterford Wildcats stretched their advantage to five by half-time, 34-29, Rachel Thompson with the final points of the quarter.

DCU Mercy cancelled out that advantage in the opening minute of the third quarter, thanks to a Mayze 3-point jump shot and a Greenberg layup, to bring it level at 34-34. DCU Mercy then went in front with four and a half minutes gone in the quarter, Greenberg again with a two-point jump shot, to lead 43-42.

A big three from Rachel Thomspon in the sixth minute put WIT Waterford Wildcats back ahead, 45-43. However the topsy turvy nature of the game continued, two Hannah Thornton lay-ups saw the lead switch once more, with Mayze following with two points too, to make it 49-46 to DCU Mercy.

DCU Mercy opened the fourth quarter with two big threes from Bailey Greenberg to make it 55-48, but Kate Hickey responded with one of her own for WIT Waterford Wildcats.

Four points in quick succession by Megan Connolly saw DCU Mercy open a nine point advantage, 64-55, midway through the final quarter and an Alarie Mayze rebound afterwards 66-55 made it an 11-point game.

WIT Waterford Wildcats tried to force their way back into the contest, however the baskets just weren’t initially landing for Tommy O’Mahony’s side. But WIT Waterford Wildcats came roaring back in the final two minutes, with nine points in a row to make it 68-65 with 32 seconds remaining. As the clock ran out Jazmine Walker had one final attempt to level it, but failed with her three point effort.