Brilliant Gunners take it to another level 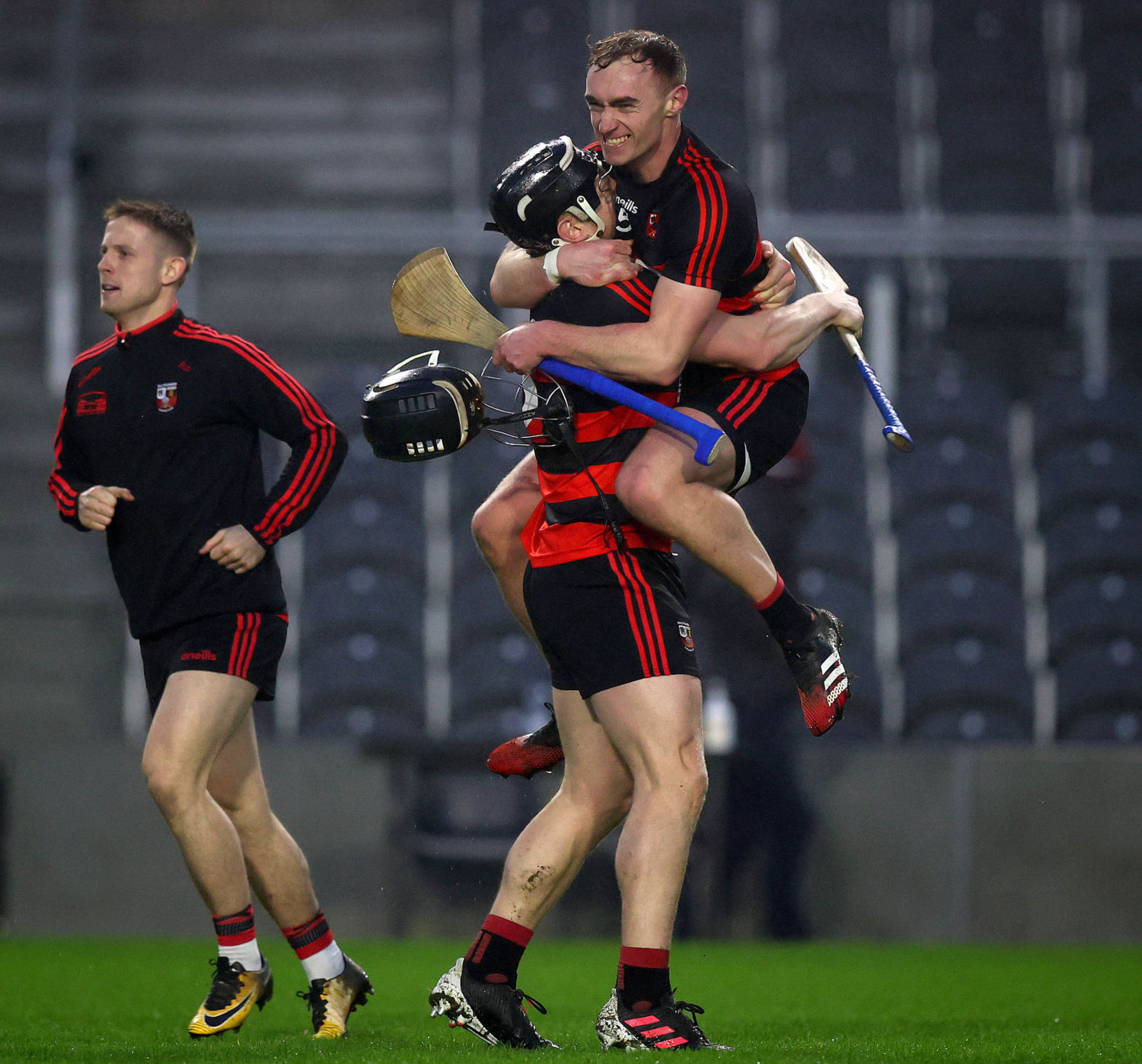 That winning feeling: Ballygunner’s Philip Mahony and Kevin Mahony celebrate at the final whistle after a Gunners display that will live long in the memory.
Photo: ©INPHO/Ryan Byrne

HOW good was that? Seriously? How many times at club or inter-county level have we seen a senior team from Waterford take their opposition to the cleaners like that?

Kilmallock, so impressive in emerging from the treacle pit that the Limerick Championship constitutes, got about five minutes of a competitive look-in at Páirc Uí Chaoimh this afternoon. Once the outstanding Pauric Mahony sent Ballygunner ahead for the first time in the eighth minute, this provincial decider was all about one team.

Ballygunner, the club which has played in more Munster Club Hurling Championship games than any other team in the province, secured a third provincial crown in the most dominant and spectacular of manners.

The quality of their hurling, nine days into January, was a joy to behold. In each of their previous Munster Final successes, the Gunners struck 2-14 over the regulation hour to get the job done. They had matched that tally this afternoon by the 37th minute.

In their semi-final against Loughmore-Castleiney, a match which generated much debate thereafter, Ballygunner prevailed on a heavy sod without ever getting into a comfortable playing gear. It’s the sort of match which previous iterations in black and red tended to lose.

But now this particular vintage has won two Munster titles in four years and in so doing have eclipsed both Mount Sion and De La Salle on the provincial roll of honour. Don’t tell me that statistic hasn’t stuck in the craw out Ballygunner way over this past dominant decade. Another box has been ticked off.

They don’t need reminding that they should have more provincial success in the bag up to now. Today they played like men determined to make up, as best they can, for those previous disappointments.

But this was more than atonement, though. It felt like a statement of intent to those teams who now stand between Ballygunner and a first ever All-Ireland club title.

And while Slaughtneil at Parnell Park will represent a novel challenge come that semi-final and cannot be in any way underestimated, anything approaching today’s performance will surely see the Gunners progress to the big one.

Considering Kilmallock’s full-blooded start, leading by two points after two minutes, there was never even the remotest level of panic in Ballygunner ranks. The muscle memory of previous Munster Finals surely came into play, in addition to the enormous self-belief running through this group.

Talent is nothing without a work ethic, as Pauric Mahony brilliantly demonstrated when blocking Micheal Houlihan’s shot from halfway after nine minutes. The ball broke to Ronan Power, who in turn passed to Peter Hogan, whose infield ball picked out the electric Dessie Hutchinson in the red zone. As soon as Hutchinson gathered the ball, one sensed a goal was on. And, in Eddie Brennan-like fashion, Dessie did it again.

He would end the day on 1-5 from play, another outstanding contribution from a player who was, incredibly, a delighted supporter and brother when the Gunners won this title in 2018. Brighton’s loss has been not only been Ballygunner’s gain, but the game as a whole. What a joy it is to watch Dessie play. He is a genuinely electric, game changing presence in attack. And even when he had two or three backs within proximity today, his threat remained permanent.

Feeding ball after ball into Dessie while also unerringly converting dead balls, Pauric Mahony’s return from injury has been another joy from a club and county perspective. Alongside brother Philip, Stephen O’Keeffe and Shane O’Sullivan, Pauric is a natural leader and standard setter. Who among us wouldn’t proudly emerge from a trench with any of the aforementioned?

To return from so serious an injury is a triumph in itself. But to return to the white heat of competitive hurling without losing a step is a testament to not only Pauric’s talent – but his levels of resilience. And there’s plenty in the tank yet.

In this, my 23rd year covering Gaelic Games, I’ve never previously witnessed so stylish, blood pumping and commanding a performance at this stage of competition from any Waterford senior hurling team. More of the same would do very, very nicely. But for now, celebrations have been well earned. Congratulations to Darragh O’Sullivan and his management team. That really was something. 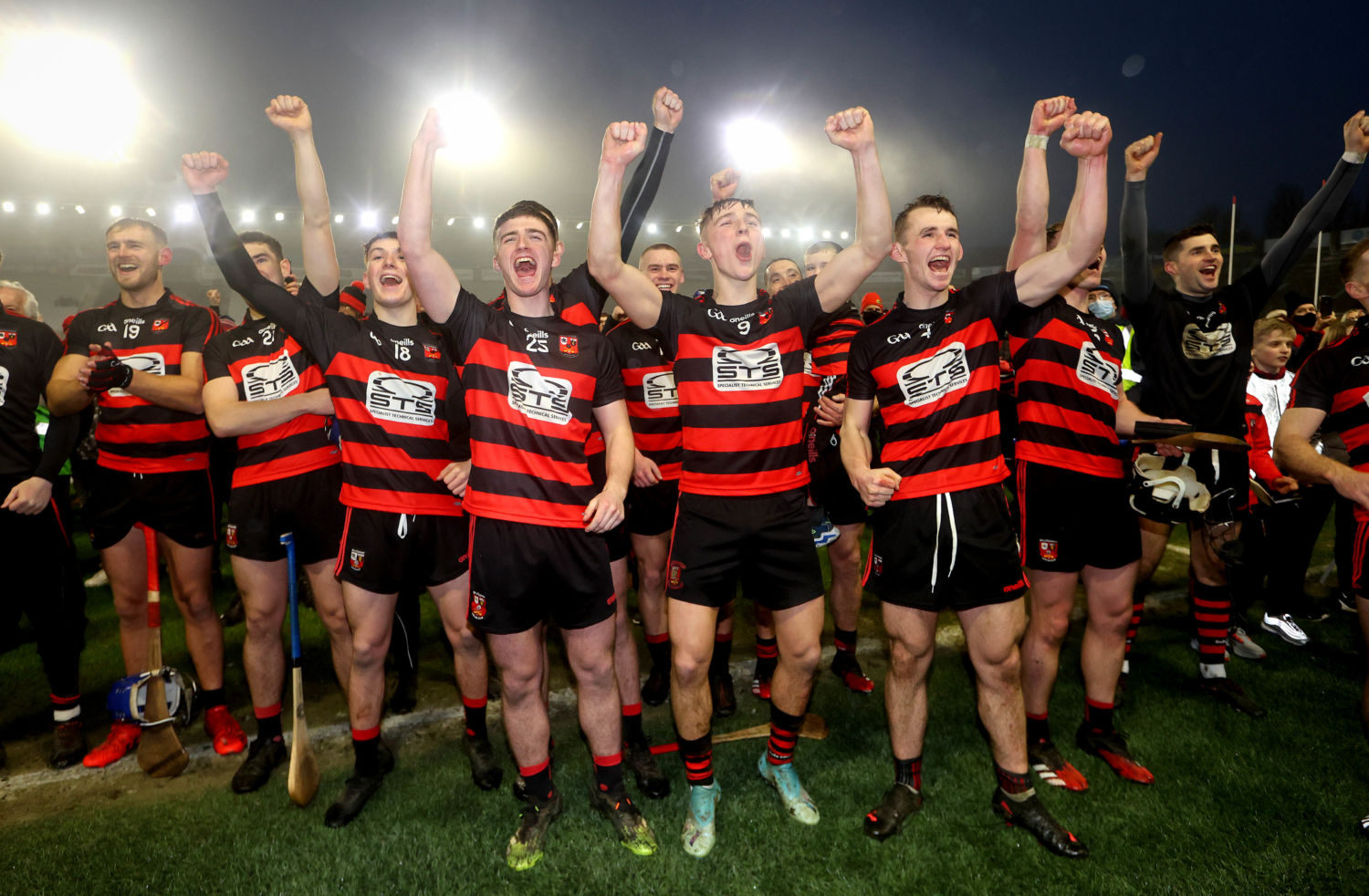