Council confirms that Moresby Buoy is ‘beyond repair’ 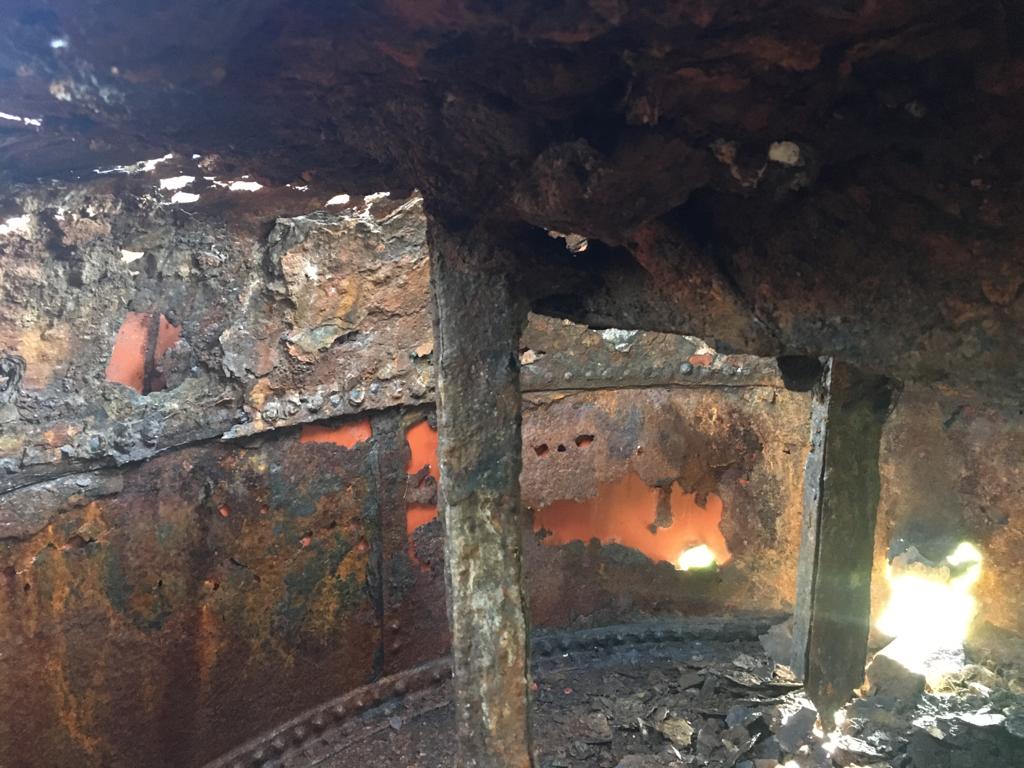 ABBEYSIDE’S Moresby Buoy, which was removed in early December to facilitate seawall repairs amongst other works, is ‘beyond repair’, Waterford City & County Council confirmed in a statement on Thursday last.

This follows a major local debate about the future of a memorial that was initially installed on the Causeway by the then Abbeyside Pattern Committee in 1988, commemorating the loss of the Moresby in Dungarvan Bay in 1895.

Re-iterating comments made by Council Environment Head Ray Moloney at the December meeting, a Council spokesperson stated: “Waterford City and County Council confirmed (at that meeting) that during the course of upgrade works at Moresby Park, Abbeyside, Dungarvan, which includes repairs to the sea wall, the Moresby Buoy, which commemorates the MV Moresby which sank in Dungarvan Bay in 1895, was dismantled and moved offsite to Council facilities to assess its condition.”

The spokesperson added: “The buoy has been examined by Dungarvan firm, Coffey Engineering Ltd, who have confirmed that the floating substructure is beyond repair. Waterford City and County Council is currently examining the option of reconstructing the buoy and cost of same.”

In a response to the Waterford News & Star, a Council spokesperson confirmed that a visual inspection of the Buoy was carried out on site prior to its removal from the Causeway.

“The Moresby Buoy was removed by truck mounted HIAB [crane] using slings. Holes were cut to facilitate slings as it was not possible to attach lifting eyes. Some minor damage (dents) was caused.”

Coffey Engineering carried out an inspection of the buoy on Thursday last, January 6, “and (a) verbal appraisal was given on site”.

Replying to concerns raised on December 13 by Cllrs Thomas Phelan (Lab), Damien Geoghegan (FG) and Conor McGuinness (SF), Ray Moloney said there had “been a lot of difficulty in removing (the buoy) off site because of its condition. And having taken it away and had an opportunity to look at it, it is in very poor condition and, unfortunately, is beyond repair. I’ve had discussions with a member of the former Abbeyside Pattern Committee who, as Cllr Geoghegan acknowledged, were the committee that put it in place in the first place, and we would hope to have further discussions with them in relation to a suitable replacement, whatever that might be.”

Mr Moloney continued: “I think the Moresby Buoy and the story of the Moresby is an important part in the maritime history of Dungarvan and it’s important that we would replace it with something suitable. At this stage, I don’t know what that would look like, whether it would be a full-scale replica, a smaller replica or an artistic or sculptural piece but we will replace it with something and we will have discussions with the original committee that put the buoy in place and with yourselves, the members, with our proposals in that regard. One of the things we will have to be conscious of is that, unfortunately, we have no specific budget for this so what we’ll do (in terms of a replacement) will be in the thousands rather than in tens of thousands but we’ll revert to the members as soon as we have more concrete proposals in place.”

In last Thursday’s statement, the Council added: “The essential upgrade works to the sea wall being carried out at Moresby Park, coupled with the enhancement works to the park alongside the sea wall, demonstrates the Council’s commitment to the continuous enhancement of our outdoor spaces in the town and indeed our commitment to the conservation of this very important piece of maritime heritage, while working in close collaboration with the Pattern Committee who installed the piece in 1988.”

As to why the two sections of the buoy were subsequently sent to two separate locations, the Council spokesperson cited an “availability of space” behind the decision.

The matter came up for futher discussion during yesterday’s Dungarvan/Lismore District meeting, which we’ll report on later today…