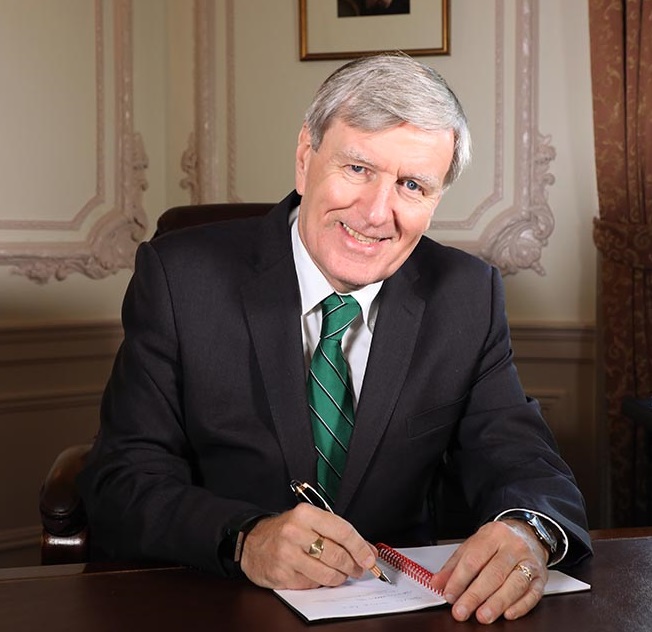 Ambassador Dan Mulhall has never been one to let the grass grow under his feet.

“I’D recommend reading Chapters 1, 12 and 18,” Dan Mulhall suggests when discussing James Joyce’s ‘Ulysses’ with me, a book I bought 20 years ago but gave up on by page 30.

My excuse for crying halt at the time? Well, I’d my final college exams that summer. That’s where my focus needed to be there and then.

The truth is I’d time aplenty for both Joyce and college, but Manchester United’s progress in the Champions League was of greater interest to me then than the events which engaged Leopold Bloom & Co on June 16, 1904.

By a quirk of fate, while removing the Christmas decorations from my mother’s attic a few weeks back, what should I see through the top of a sealed, transparent storage box only my Penguin copy of ‘Ulysses’.

Soon afterwards, I messaged Ireland’s Ambassador to the United States in Washington DC to inform him of my serendipitous discovery. He replied: “2022 is the year to read it – aided by a newly published book.”

The tome to which the ‘Top of the Town’ native referred to was his newly published work, ‘Ulysses: A Reader’s Odyssey’, a book which feels like the natural consequence of Dan’s decades-old passion for all things Joycean.

And in this, the centenary year of the book’s original publication, Dan hopes his own book will provide a route for new readers into one of 20th Century literature’s most acclaimed works.

“I’ve designed it to be very accessible,” he told me. “I’ve avoided any kind of literary theory or anything like that when it comes to it, though. I’ve described what’s in the book and reflected and commented upon it, while availing of a lot of other material about ‘Ulysses’ of which there is no shortage, let’s face it.

“It’s all designed to be helpful for both lovers of the book and for those who may never read ‘Ulysses’ but want to know a little bit about it. And now that I’ve received the first copy and read through it again, I have to say I’m very happy with it. I feel it’s as good a job as I could have done. It’s not an academic book – it’s a book for the ordinary reader.”

Like everyone else during lockdown, Ambassador Mulhall sought out both a distraction and challenge during these restricted times. Revisiting ‘Ulysses’ proved his literary salvation.

“I suppose a lot of us sought out a silver lining over the past two years and this is my one, my pandemic book! The pandemic tied me down and kept me indoors for a lot more time than I expected to be indoors for – but it only refers tangentially to the pandemic – but I certainly wouldn’t have finished it so promptly without being ‘gifted’ all this extra time.”

As for those adventures that await beyond his 40-plus years as a diplomat, Dan commented: “America has cured me of the idea of retirement in the conventional sense because none of the people I know here, who are a lot older than I am, have ever retired. They do different things; they don’t just drop out of sight. They continue to be active. There are so many exemplars here of people in their 70s and 80s who are still active and doing useful things. So I’d like to do a bit of teaching either in America or somewhere else because I’ve always been a teacher by instinct and orientation. I’ve a few more books I want to write which will occupy part of my time and I’ll be available to companies that might want to have someone like me to advise them in areas that I’ve a lot of experience in. So I’m hoping to build up a portfolio of activities but not to work 24/7 either. I’ll have the opportunity to spend more time with my family, to do the things I like doing as opposed to those things that right now I have to do.”

He clarified: “When you’re Ambassador, it is a 24/7 job, whether you like it or not. It doesn’t mean I work 24/7 but I am available to work 24/7. And wherever I go here, I never cease to be the Ambassador, even if I’m in a social setting or on holidays, I’m always aware of the fact that I’m the Ambassador to the United States and that I have responsibilities and that I have to keep in touch with my office to make sure that I’m au fait with anything that may be happening that might need my attention. So I’m going to be moving away from that, from that obligation to be switched on 24/7 when I finish my assignment here – but I still want to be switched on, albeit on a slightly different sense. I don’t think switching off would be a good idea. I think I would become a different person if I switched off and that would be unfortunate for me and, I hope, for others as well.”

Given his experiences of the 2004 Indian Ocean tsunami while serving in Malaysia, his time in the UK dominated as it was by Brexit and the extraordinary upheaval he has borne witness to in the United States, a riveting memoir surely awaits. That work is “20 per cent complete” according to the man himself so watch this space.

As for my foray into chapters (Episodes) 1, 12 and 18 of ‘Ulysses’ which took almost five hours to navigate, well, to quote a few lines from number 12, “the spirit has been well caught”. Job done, Mr Ambassador. Never has a visit to the attic proven so educational – says I like a good citizen…

‘Ulysses: A Reader’s Odyssey’ (€15.95) by Dan Mulhall, is published by New Island (pre-order at www.newisland.ie) and is available in bookstores from Friday, January 14 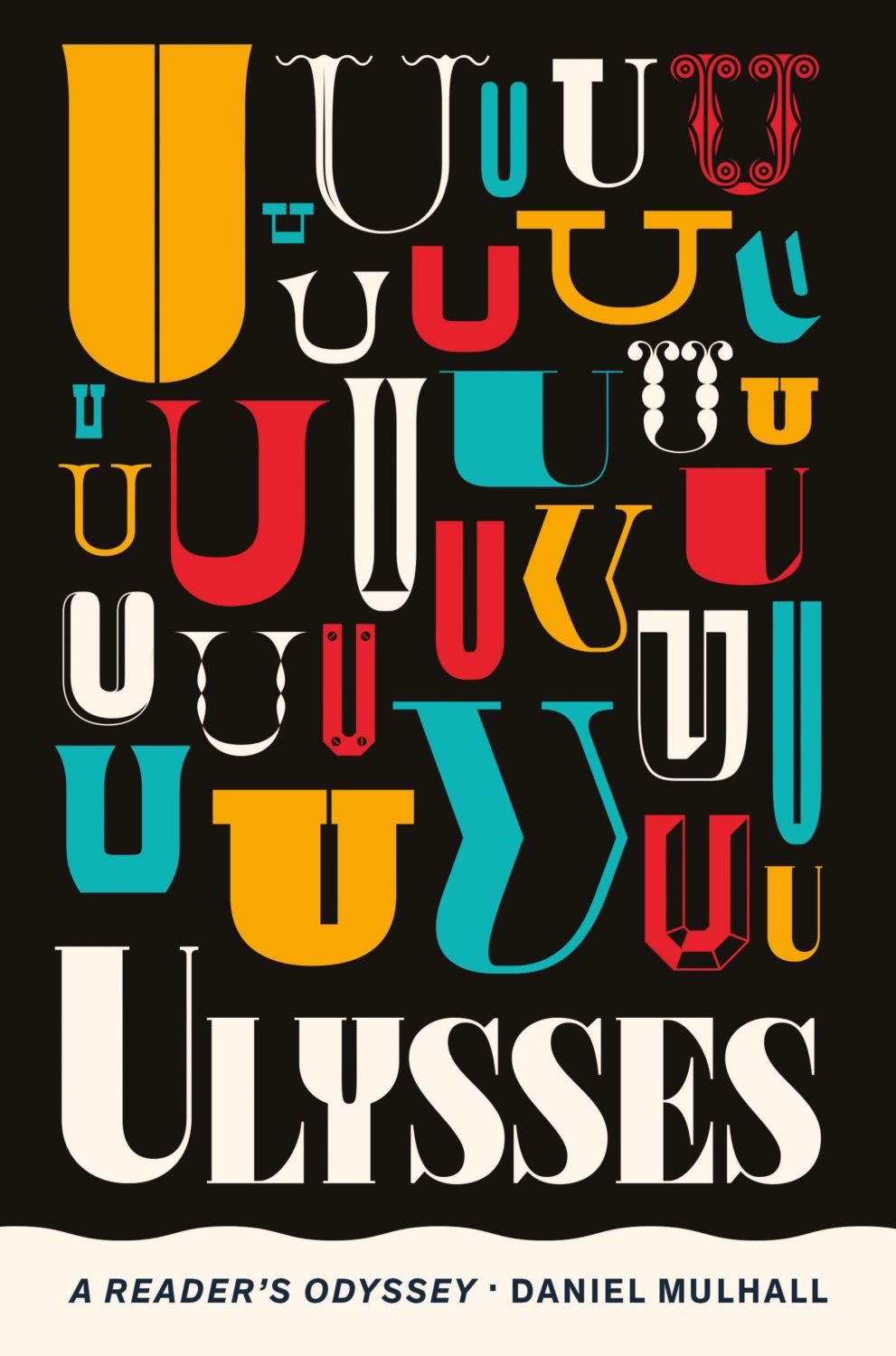 Dan’s new book on ‘Ulysses’ has been described as “an essential introduction for all readers seeking to navigate Joyce’s notoriously impenetrable masterpiece”.