“We’ve been training for two years for this” 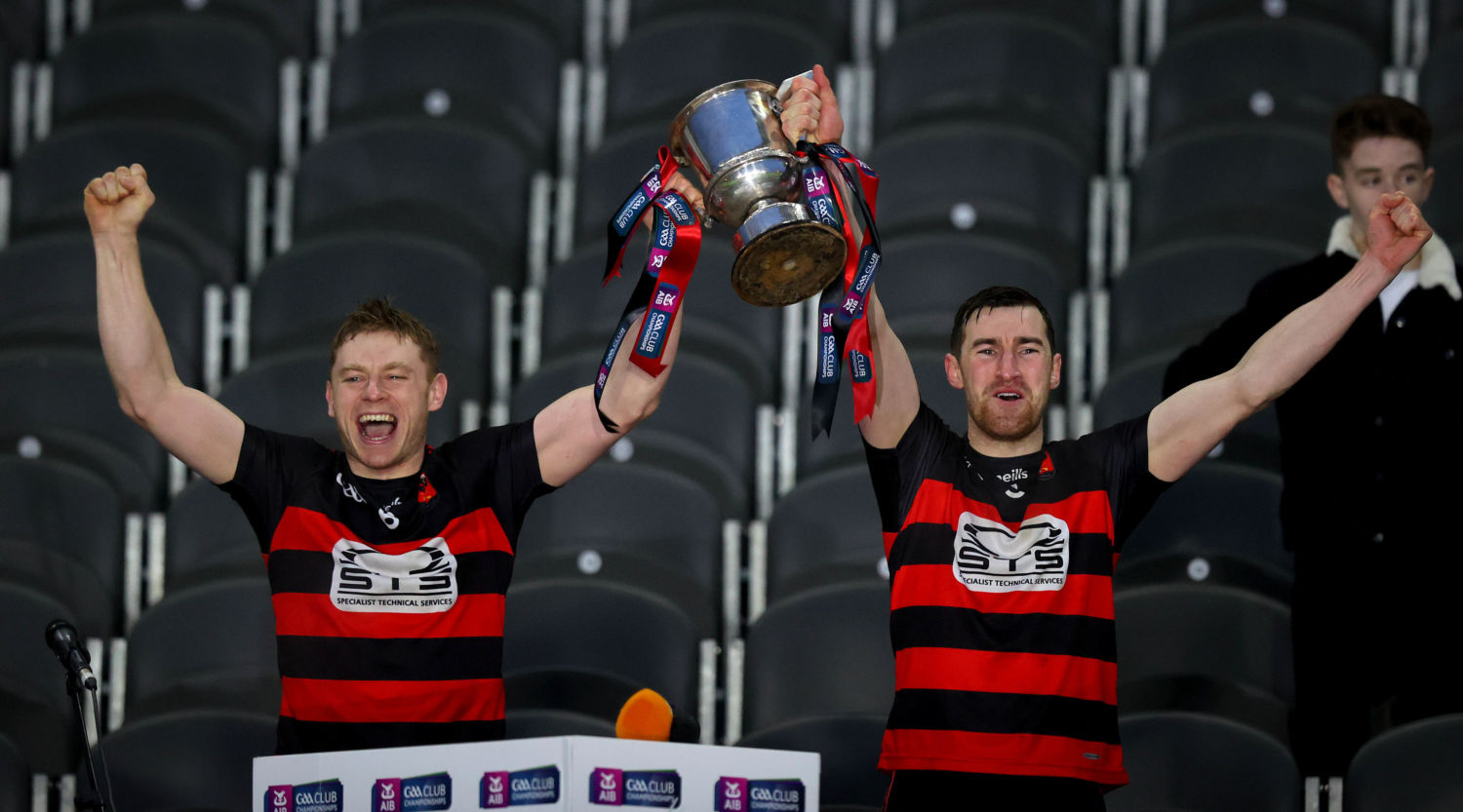 Despite the warnings over the PA, the Ballygunner supporters spilled out onto the pitch and slapped their heroes on the back. Philip Mahony was over the moon to share this victory with them on his 31st birthday. This day was a long time coming for the Gunners joint captain. He was desperate to get his hands back on the Munster cup after what happened in November 2019. “We put a lot of pressure on ourselves in the last two years,” he said in his speech. “Only a mile over the road, two years ago, we were at rock bottom and this team never gave up and this club never gave up and now Ballygunner are Munster champions again!”
That defeat to Borris-Ileigh was finally put to bed on Sunday and he soaked it all up among the sea of red and black. “It’s unbelievable. If I could explain how low we were feeling leaving two years ago, I’ll never forget it coming home on the bus. It’s probably a relief more than anything. The lead-up to a game like this is tough because you know it means so much to you and it means so much to all the lads. To see everyone from Ballygunner out here, that’s the reason you play hurling.”
The 2019 final down the road in Páirc Uí Rinn served as personal motivation for the number six. “We didn’t really talk about it too much but for me it was. I’ll never forget that day. You’re visualising all week lifting the cup and then you’re watching someone else lift it. With Covid and that, it’s been tougher because we didn’t get a chance to try and get it back the year after. We’ve been training for two years for this.” 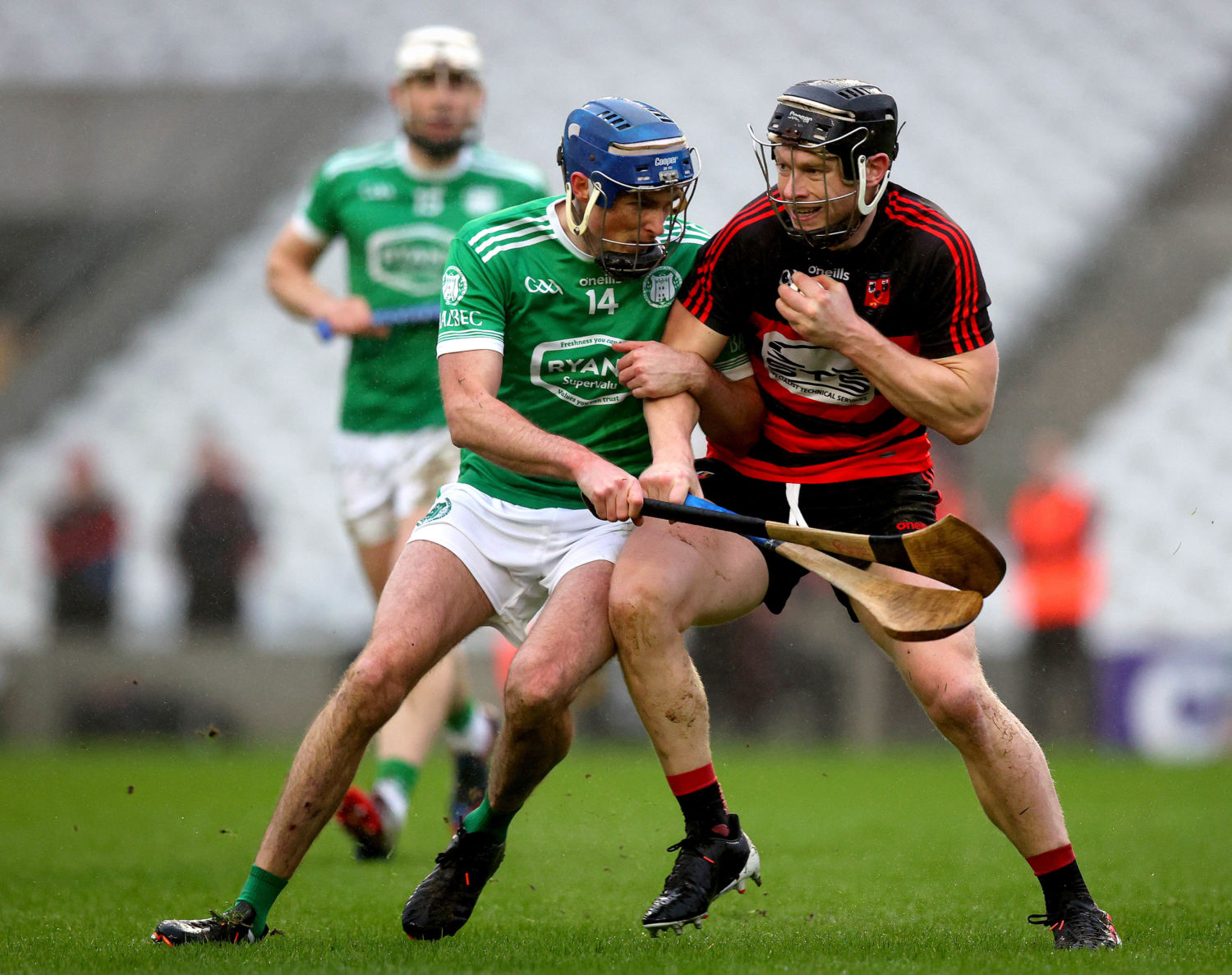 ‘WE WORKED VERY, VERY HARD’
The key to victory was simple. “Our work rate. We worked very, very hard, all the lads up front. To be honest with you, it’s special watching the younger lads come through. When you see the likes of Ronan Power, how hard he hits and to see the commitment of the likes of Ronan and Kevin and Paddy Leavey and Tadhg Foley, they’d literally do anything. They’re ten times more committed than I ever was at that age. When you’re beside Ronan and Tadhg in the backs and you see how aggressive they are and how athletic they are, it’s brilliant. It means so much. To see all the lads, I saw Brian O’Sullivan there and David, they were involved when we won in 2018 and Sean. It’s brilliant to see everyone around here.” 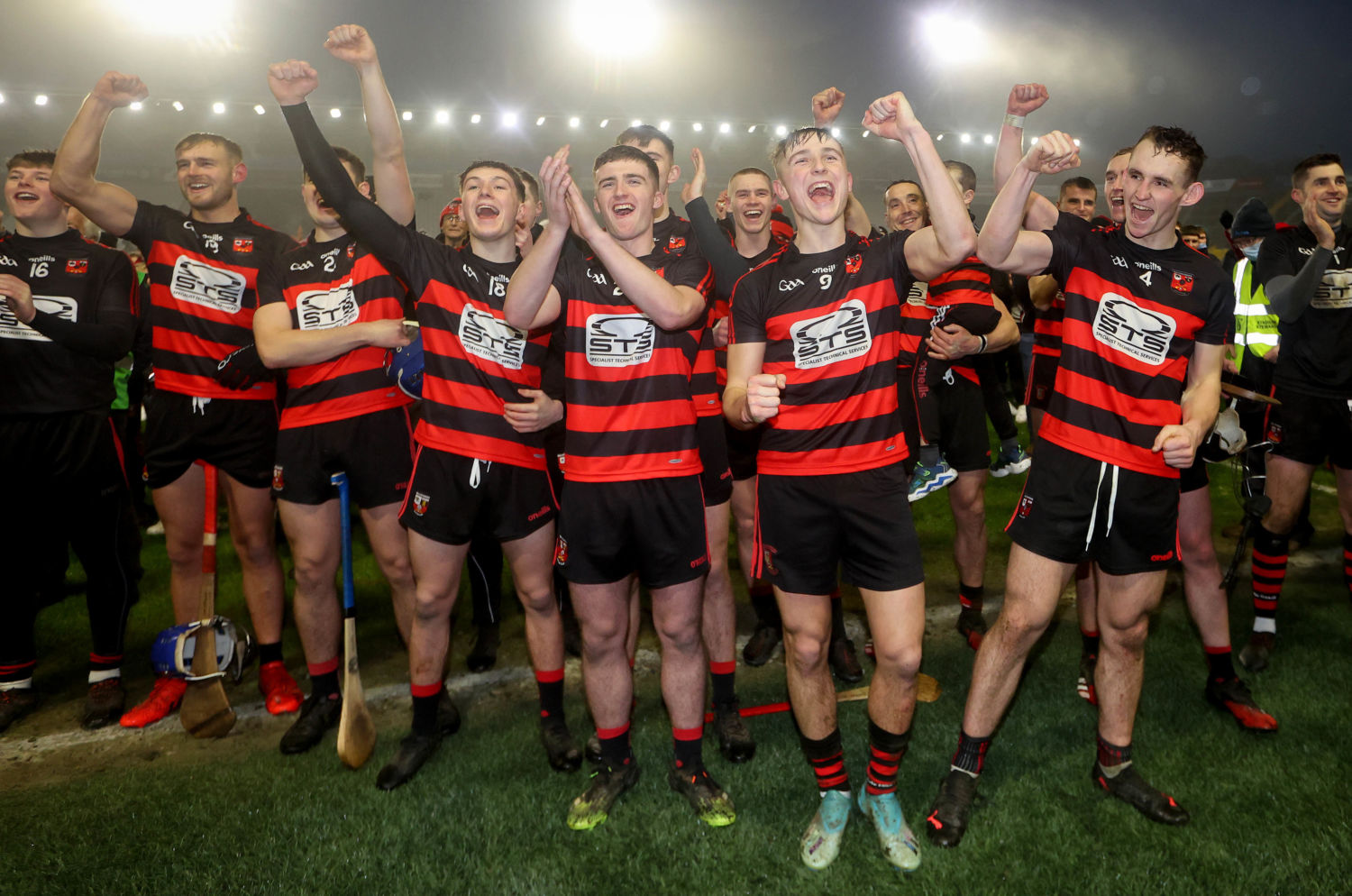 Ballygunner’s Paddy Leavey, Tadhg Foley and their team-mates celebrate as Philip Mahony and Barry Coughlan receive the cup after their Munster Final win over Kilmallock.