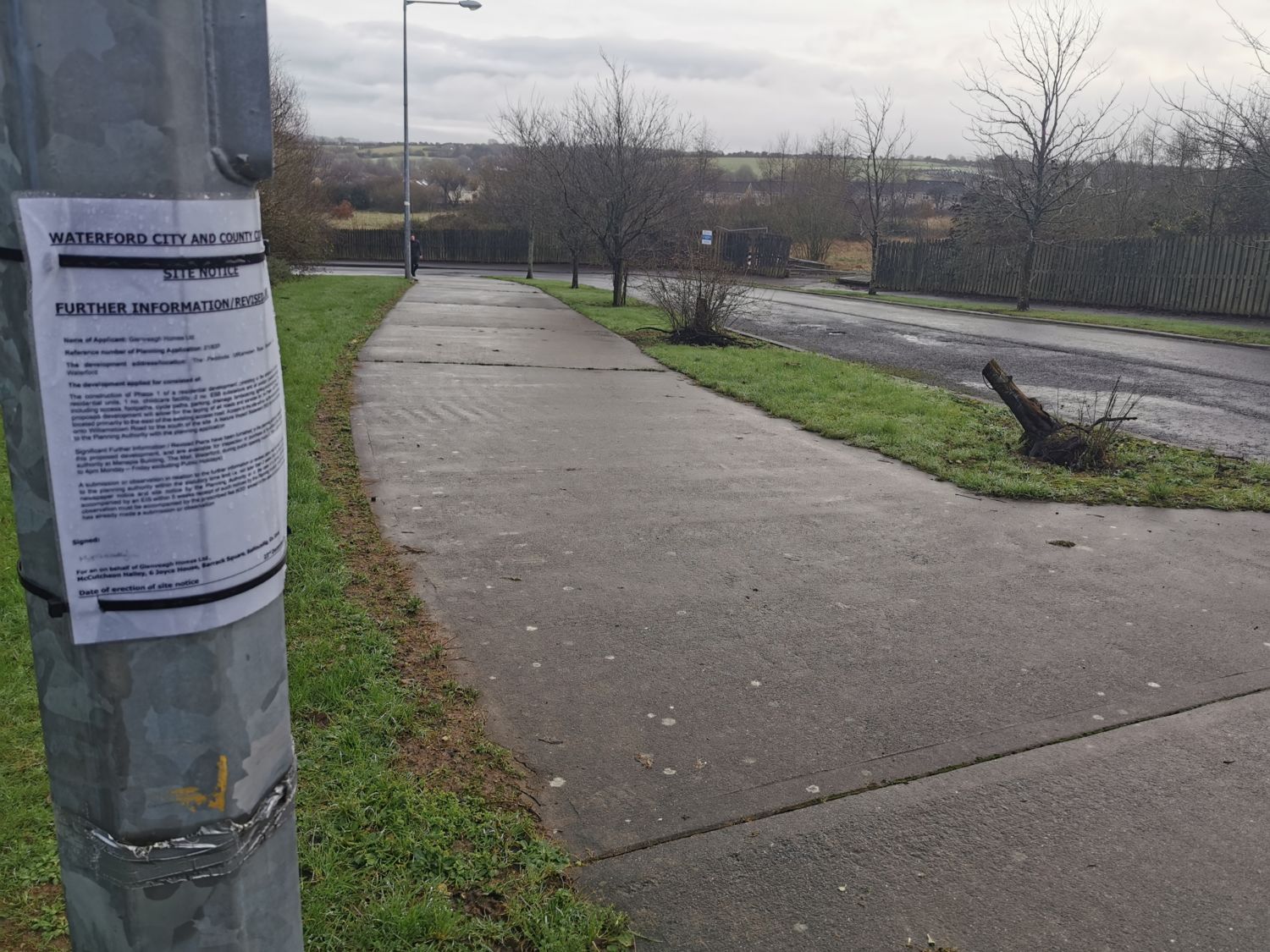 The revised planning application for the development of 99 new houses at The Paddocks, just off the Williamstown Road.

REVISED plans for the first phase of a housing development off the Williamstown Road, along with a childcare facility and two ESB substations, were submitted to Waterford City & County Council prior to Christmas.

The site notice, erected by Glenveagh Homes Ltd on December 23, notes an application for 99 new residential units, a new childcare facility, along with the necessary electrical and ancillary works.

The notice states that this development “will allow for the laying of all roads and services for the Phase 1 and Phase 2 proposed development primarily to the east of the existing access road. Access to the site will be via the existing entrance onto Williamstown Road to the south of the site. A Natura Impact Statement has been submitted to the Planning Authority with the planning application.”

The site is primarily zoned R1 under the existing City Development Plan, which provides for low-density development, which is reflected in the footprint of those estates which flank The Paddocks.

In May 2o19, citing its layout and design, An Bord Pleanála rejected a Strategic Housing Development (SHD) proposal which envisaged 324 units on the same site.

Glenveagh Homes’ initial application for the development was submitted on August 31 of last year, with further information requested by the local authority on October 21.

A total of seven submissions were received in relation to that application, including one from The Paddocks Residents’ Association, which laid out their objections to the project.

The Association, while acknowledging “that the site needs to be completed and (that) houses will be built over the coming years”, believes that opening the site onto the adjoining Cnoic Caisleán “will lead to antisocial behaviour (and) larger congregations of young people in the area. This is already an issue in the Dunmore/Williamstown Road.”

The Residents’ submission also said that the large hedgerow within the site offers “a natural break… and offers privacy to residents. It also houses natural wildlife, for example Foxes, Hedgehogs, Wood Pigeons and Pheasants… the existing green space has been maintained by the current residents over the past 14 years and we feel very strongly about both the green space and the hedgerow remaining as is”.

In addition, their objection contends that a proposed play park could lead to “insurance and maintenance implications” and suggests that such an amenity would exacerbate incidences of anti-social behaviour. Insufficient car parking spaces, the units occupied by Acquired Brain Injury Ireland on the estate and existing issues with road traffic levels on the Williamstown Road were also referenced.

A representation was also submitted by City & County Councillor Eddie Mulligan (FF), which reflected the concerns outlined by residents in The Paddocks in their own submission, along with residents of adjoining estates. According to the Council file, a decision on the revised application is due on Friday, January 28. 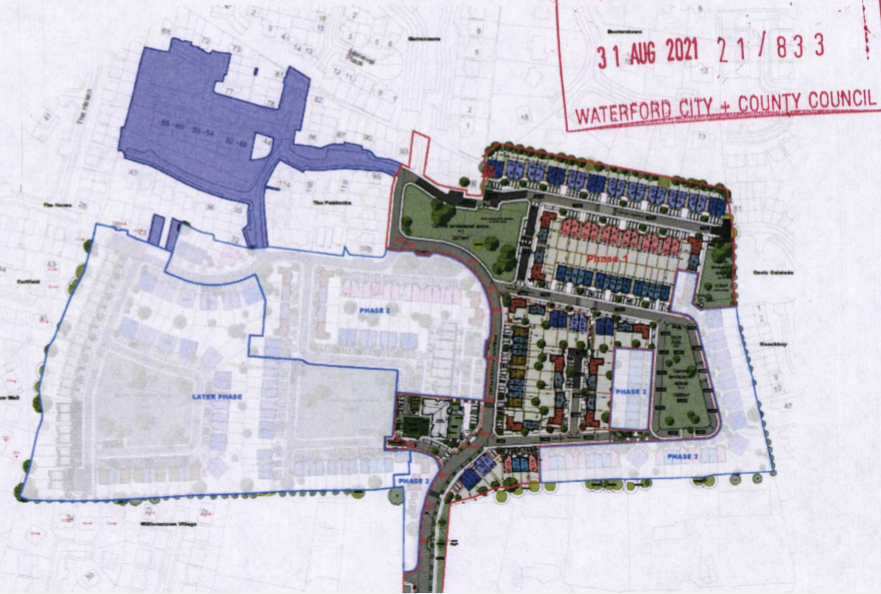 A layout drawing of the initial proposal submitted to the Planning Department last August. The Williamstown Road runs along the base of the drawing.