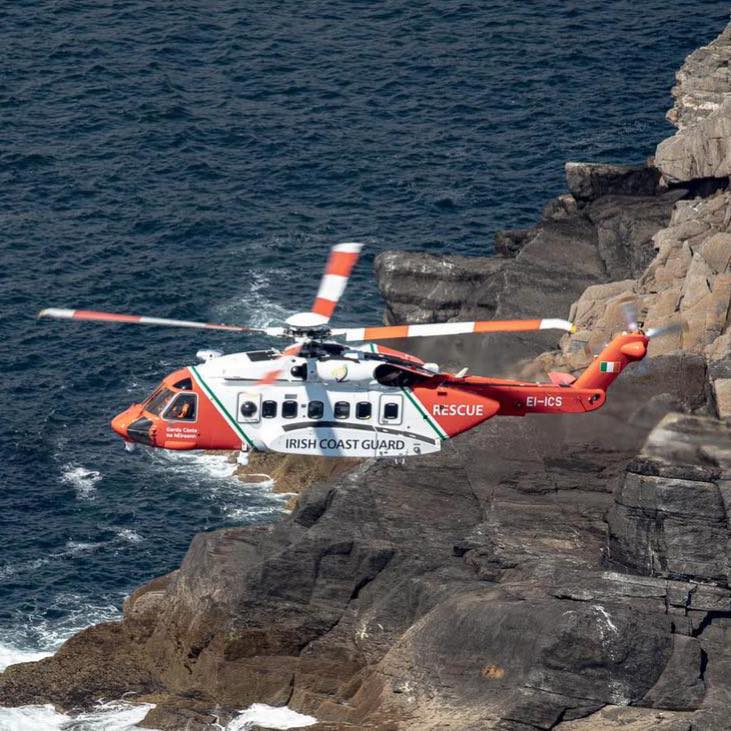 Rescue 117, the SAR helicopter based at Waterford Airport.

WATERFORD’S City & County Councillors have unanimously called for the retention of the 24/7 Rescue 117 Search And Rescue (SAR) helicopter service, based at Waterford Airport.

At a special debate held at this afternoon’s January Plenary meeting, it was agreed that letters be sent to the Government, Waterford’s Oireachtas members, neighbouring local authorities in the region and the South East Mayors’ Forum to underline the position of all 32 elected members. This letter is also expected to stress the need to retain all four SAR bases in the State currently in operation and that all remain on a 24/7 footing.

The new €800m competitive tender for the service will see an operator appointed by the Department of Transport for 10 years, with an option to extend this contract for an additional three years. The current €600m contract, agreed in 2012, is being operated by CHC Ireland, a subsidiary of the Canadian Holding Company (CHC).

The Department’s initial tender outline for the new contract refers to the operation of a “minimum requirement” of three SAR helicopters as opposed to the current complement of four and also includes the provision of one fixed wing aircraft.

The Government’s SAR Aviation Project literature states that “this is a minimum requirement for aircraft on standby, bidders can propose more. The number of bases and their location are not specified and proposals will be reviewed on their merits in relation to their ability to respond in a timely manner. Section 1.5 of the (tender’s Pre-Qualification Questionnaire- PQQ) states: ‘The precise number and location of bases have not been set as minimum requirements. It will be a matter for Tenderers at Stage 2 and later to propose a suitable configuration of bases’.”

But fears in Waterford over the future of Rescue 117 are not without credence given the campaign that had to be fought on a regional basis in 2010 when then Transport Minister Noel Dempsey (FF) announced that 24-hour SAR provision was to be withdrawn from Waterford. However, a public campaign which generated 28,000 Facebook followers was one of the chief reasons behind the government’s U-turn on the matter at that time.

City & County Mayor Joe Kelly (Ind) said the tender for the new SAR contract “needs to change” and that none of the bases (Waterford, Dublin, Shannon and Sligo) should be sacrificed. “Rescue 117 is a vital service which benefits the entire South East and it cannot be lost,” he stated.