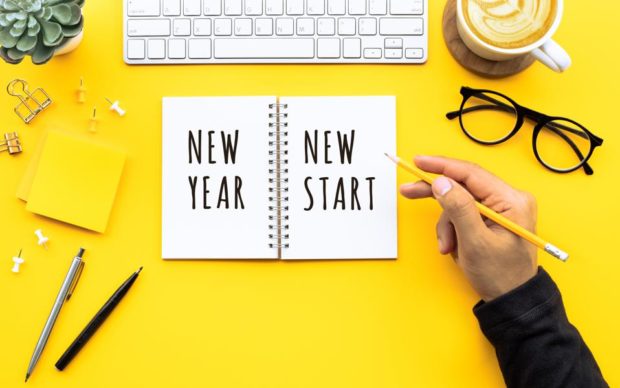 THE idea of me giving advice to other people is simply ludicrous so whenever a column of mine starts to border on ‘advice’, or ‘inspirational’ please remember that I’m not trying to preach to anyone except myself. If someone else takes something from these ‘tips’ then all the better.

This is something I’m starting to get good at. If someone says something I don’t agree with on social media, instead of piling in with my two cents, I sit back and I think to myself ‘what are the pros and cons of me replying here?’ More often than not there are absolutely no pros at all. In fact, the thing that I think might be a pro, such as ‘people will think I’m awful clever if I write this’, is actually a con because 100% of the time, people will just think you’re a smartarse and end up hating you even more.

There are a number of ways in which this nugget of advice can be useful. Sometimes, in a working environment, we can get too caught up in what other people are doing or not doing compared with ourselves. All this does is build up bitterness and frustration that ends up hurting nobody else but yourself. It can also lead to bitching, which again always makes you look worse than the person you’re bitching about. The same is true of our everyday lives. We look on Facebook at our friend who has just bought himself a new 221 car. Bully for them – they might have a new car but maybe they haven’t had the ride in about six months or have a non-existent relationship with their children. Once we remember that all of us – every bloody one of us – have crosses to bear, then the easier it will be to be satisfied with what you have.

Okay, I don’t mean go out and do a skydive and then buy a €120 steak for dinner. Every day, the news reminds us that life is devastatingly short. Two weeks before Christmas – a Thursday evening – I was walking home from town and I saw some commotion at the end of my street. There were two ambulances, a doctor and a garda car. The very next day, the person who had collapsed on the street was now on RIP.ie. That’s how quickly you can go from someone living their life, to someone that people are commenting about on Facebook. Honestly, exercise if it makes you feel good, eat the food that makes you feel good, and drink the drink, only if it makes you feel good. Play games, read books, do one thing a week that had previously been stuck on your long finger, whether that’s painting the shed or putting up that shelf that’s been sitting there since last July. We feel better when we achieve things, regardless of how small, and contentment usually follows soon after.

The body is an amazing thing. It speaks to us and all too often goes completely ignored. For example, I know when I’ve been eating too much shite – my body tells me in the way I feel. It’s like it’s screaming at me “eat an apple and drink some water”. I’m not one of these people that will ever do a dry January because I love my few beers too much. However, I only drink a couple of days a week and I know that if I go over that threshold, the body will be nudging me, either in the smell omitting from the toilet or how I generally feel, either physically or mentally. And on the subject of your mind, that’s also good at telling you that you need to go and catch up with a friend because you’ve been overthinking more than usual recently. This has always been my favourite bit of advice for other people – set up a standing order with a friend. Every Friday afternoon or Sunday morning or whatever. Just set up a meeting that you both have to attend no matter what. You might be in the mood to go as you pull yourself into the shower but I promise, once you’re there and you’ve halved some of your problems, you’ll feel two stone lighter (mentally of course).

These two words have been thrown around so much that they have become a cliche but honestly, the nicer you are to other people, the better you’ll feel about yourself. Do a good deed, smile at someone walking past you. Lord only knows what’s wrong with the people that I see scowling at me from passing cars but I can’t help but think how nicer their day could become if they just smiled and saluted instead. The amount of times I’ve felt like stopping someone on the street because they gave me a dirty look out of nowhere… be nice to everyone, on social media, on the street, in work… it will come back at you tenfold!