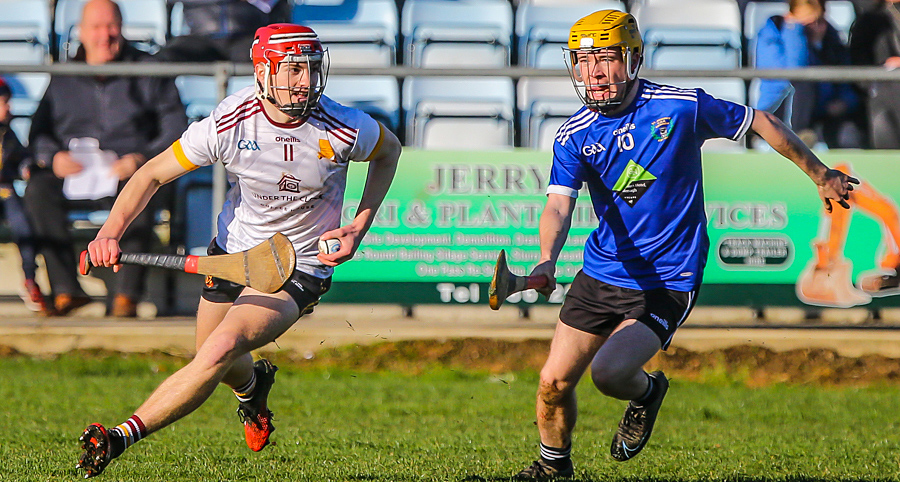 Second-half goals were the key to De La Salle College booking their place in the last four of the famous Harty Cup after they overcame in Nenagh CBS in Bansha.

Trailing by four points at the end of an entertaining and hard fought first-half of this Harty Cup quarter-final,  Nenagh C.B.S. had battled back to within a point of De La Salle with just eight minutes of the second-half played and were having the better of the exchanges. The Waterford side was coming under pressure but they retained the ace in the pack.

Paddy Fitzgerald, who had accounted for eight of their ten points on the board had just moved to the full forward position when he raced out to collect a delivery into the right corner forward position. On collecting, he deftly dodged his marker and sped towards goal along the end line and, under pressure, sent a bullet off his stick to the far corner of the net. It was a brilliantly taken score and yet no more than supporters have come to expect from a player, just now out of minor, who has lit up the underage scene in recent times.
To the Tipp side’s credit, they hit back with two points from expert free taker Darragh McCarthy and one from Michael Ryan to restore the one point deficit. Two further points from Fitzgerald frees left a goal between the teams going into the water break after which De La Salle introduced Ballygunner’s Conor Tobin into the attack and taking up Fitzgerald’s former position in front of goal the juvenile star showed his pace seconds after his arrival by racing through for another brilliantly taken goal in the 53rd minute.

Nenagh showed great heart and spirit as they took the game to De La Salle in the closing ten minutes into time added on but the goal they needed just would not come as a resolute De La Salle defence held firm and it was left to Fitzgerald to set up substitute Luke Horgan to put the icing on the cake wit a late fourth goal that sparked of celebrations at the final whistle.

Next up is a semi-final meeting with St. Joseph’s of Tulla in County Clare. De La Salle won narrowly met when the sides met earlier in the competition but the Clare side’s quarter-final win over CBC of Cork shows they won’t be easy opposition once again.