Fears intensify for future of Rescue 117 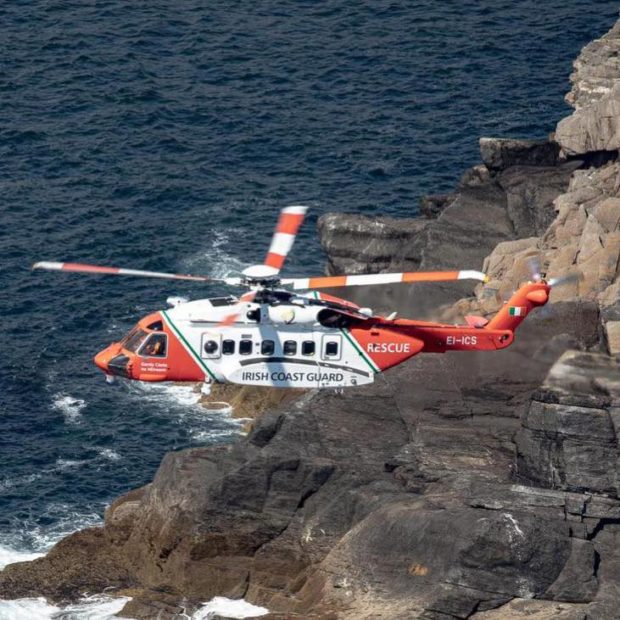 THE threat of history repeating itself has placed a very dark cloud over the future of the Rescue 117 service in Waterford. Last year, the Department of Transport issued a tender for the provision of Irish Coast Guard Aviation Service and if past decisions are anything to go by, we will no longer have an Air Sea Rescue service based out of Waterford by end of 2022.

At the end of the 2000s, there were six Sikorsky S-61N helicopters covering four bases in Ireland. This was soon to change, however, as upgrades and better technology was needed. The new helicopters – the Sikorsky S-92s – would be significantly more expensive so the Transport Minister of the time, Noel Dempsey tasked the Coast Guard with coming up with proposals as to how they could manage with less helicopters and, consequently, less bases.

Speaking to the Waterford News & Star this week, former Coast Guard Director Chris Reynolds, who is currently on assignment in Somalia, explained the options that were put to the Minister.

At the time, the Government decided to go with the three and a half base option. However, at Christmas, 2009, while Minister Dempsey was in Kilcullen to officially open the M9 motorway, he was met with a protest from people from Waterford and the South East who objected to the proposed daytime only service for the Waterford base.

“The Minister contacted me to ask if something could be done,” Chris said. “I was given permission from the Attorney General to do some haggling with Canadian company CHC Helicopter (who would be providing the contract). They agreed to facilitate the full four bases for the price of the three and a half bases, in return for a restructuring of the down payments, which wasn’t going to cost us more anyway.”

So, with Waterford almost losing out, a well-timed protest to the Minister got the required result and the full-time Rescue 117 service at Waterford Airport was retained.

Fast forward to 2021 and a new contract for the Air Sea Rescue Service has gone out to tender for just three helicopter bases, instead of the current four. This has prompted local politicians such as Independent TD Matt Shanahan and Fianna Fáil Councillor Eddie Mulligan to urgently press other politicians in the region, as well as the entire population of the South East to “stand up and fight for Rescue 117”.

“Policy within the Department of Transport appears to be deliberately targeting the retention of Rescue 117 the Air Sea Rescue helicopters based at Waterford airport,” said Deputy Matt Shanahan. “The department has managed to find rules to withdraw previously promised annual stop gap funding of €375,000 to support Waterford airport, while planning permission is awaited to extend the runway. They have also found another set of rules to deny Waterford airport access to a total national aviation support package of €160 million this year, shared out to all other airports in the country except Sligo and Waterford. While state funding looks to be cut off for Waterford Airport, endangering its financial viability they (the Dept) have published an initial tender outline for a new 10-year national air sea rescue contract indicating three helicopter bases instead of the present four – no prizes for guessing who might lose out here!”

Cllr Eddie Mulligan called on all politicians “regardless of affiliation” to push for the retention of Rescue 117 in Waterford.

“We cannot lose the search and rescue helicopter base,” Cllr Mulligan said. “Not only for the development for the airport but the safety and security of everyone in the coastal communities, as we have seen countless times over the last few years, not least on Christmas day when Wexford became consumed by flooding. As someone with a background in maritime who’s been involved in life-saving situations it’s not only minutes that are vital, seconds are vital.”

The deadline for the competition for the provision of Irish Coast Guard Aviation Service is January 26. Waterford and the Rescue 117 service will know its fate soon after.