Memorial walk for Ashling Murphy at Carriganore on Saturday 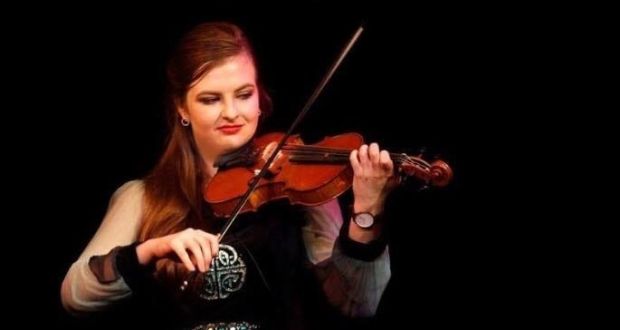 Ashling Murphy, who lost her life in horrific circumstances in Tullamore yesterday. Photo: The Irish Times

ASHLING MURPHY, the 23-year-old primary school teacher who was killed in shocking circumstances in Tullamore yesterday afternoon, will be remembered on the Waterford Greenway this Saturday afternoon.

A memorial 5k walk/run is being organised by City & County Councillor Frank Quinlan (FG), who mentioned Saturday’s event at the conclusion of this afternoon’s January Plenary meeting.

On his Facebook page, Cllr Quinlan stated: “In solidarity with Ashling and all women I want to show my support by organising a 5k run/walk from Carriganore along the Greenway at 4pm on Saturday. All welcome.”

Cllr Quinlan added: “Women should be able to run or walk anywhere on their own and not run or walk from danger.”

A full-scale murder investigation was launched by Tullamore Gardaí yesterday with Superintednent Eamonn Curley stating earlier today: “No stone will be left unturned in bringing the perpetrator of this crime to Justice. At this stage there is no information that the victim and her killer were known to each other. From inquiries we have carried out to date we believe this crime was committed by one male who acted alone. As part of our investigation to date we have arrested a 40-year-old male and this person is currently detained at Tullamore Garda Station.”

In a warm tribute this morning, Frank Kelly, the recently retired principal at Scoil Naomh Colmcille and friend of the Murphy family, told The Irish Times: “She was a shining light as a teacher, the children in her class adored her. Her word was gold, they worshiped the ground she walked on.”

Mr Kelly described Ashling Murphy as “an absolute gem. She came to the school as a substitute teacher in March 2021 and was then put on a fixed-term position from September. Aisling was very musical, she had recently bought a set of uilleann pipes and was going to learn how to play them, they are a very difficult instrument to master, but no obstacle was too big for her. She also loved her sports and was involved with the choir. Her smile would light up a room.”

Current Principal James Hogan told RTE’s News At One: “She was one in a million. It’s heart-breaking that it was all taken from her.”