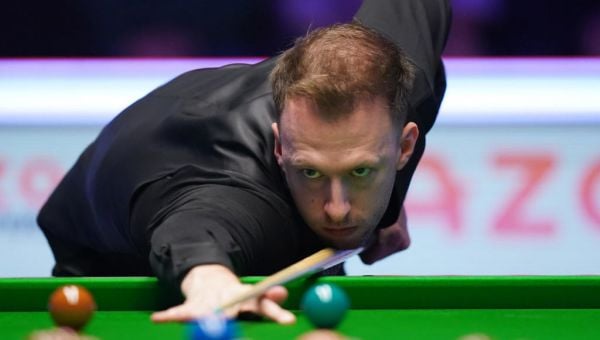 Judd Trump paid tribute to the fans at Alexandra Palace after storming into the semi-finals of the Masters with a 6-1 win over Kyren Wilson.

Trump shouted “Come on, baby!” to the raucous 2,000-strong crowd after setting up a last-four clash with either Mark Selby or Barry Hawkins.

The 32-year-old is bidding for the second Masters title of his career after previously triumphing in 2019.

Judd Trump was a little quieter with us #CazooMasters @CazooUK pic.twitter.com/Kl26F4Vpoy

Trump said in his post-match interview: “There’s a different energy this year – we all appreciate everything more because of what is going on.

“It feels like everyone wants to let their hair down, go to venues and see sport live and experience it all again.

The result proved slightly flattering to Trump, who established an early lead with breaks of 68 and 74 before Wilson hauled back the deficit to a single frame.

Wilson looked set to level but ran out of position on a break of 53 and it proved the crucial moment in the match, as Trump responded with 50 to re-establish his two-frame cushion, then produced a stirring 76 in the next to move two from victory.

A missed red to the middle by Wilson in next gave Trump the opportunity to establish a 5-1 lead, and he wrapped up his emphatic victory in the next.