Woody returns for the Blues 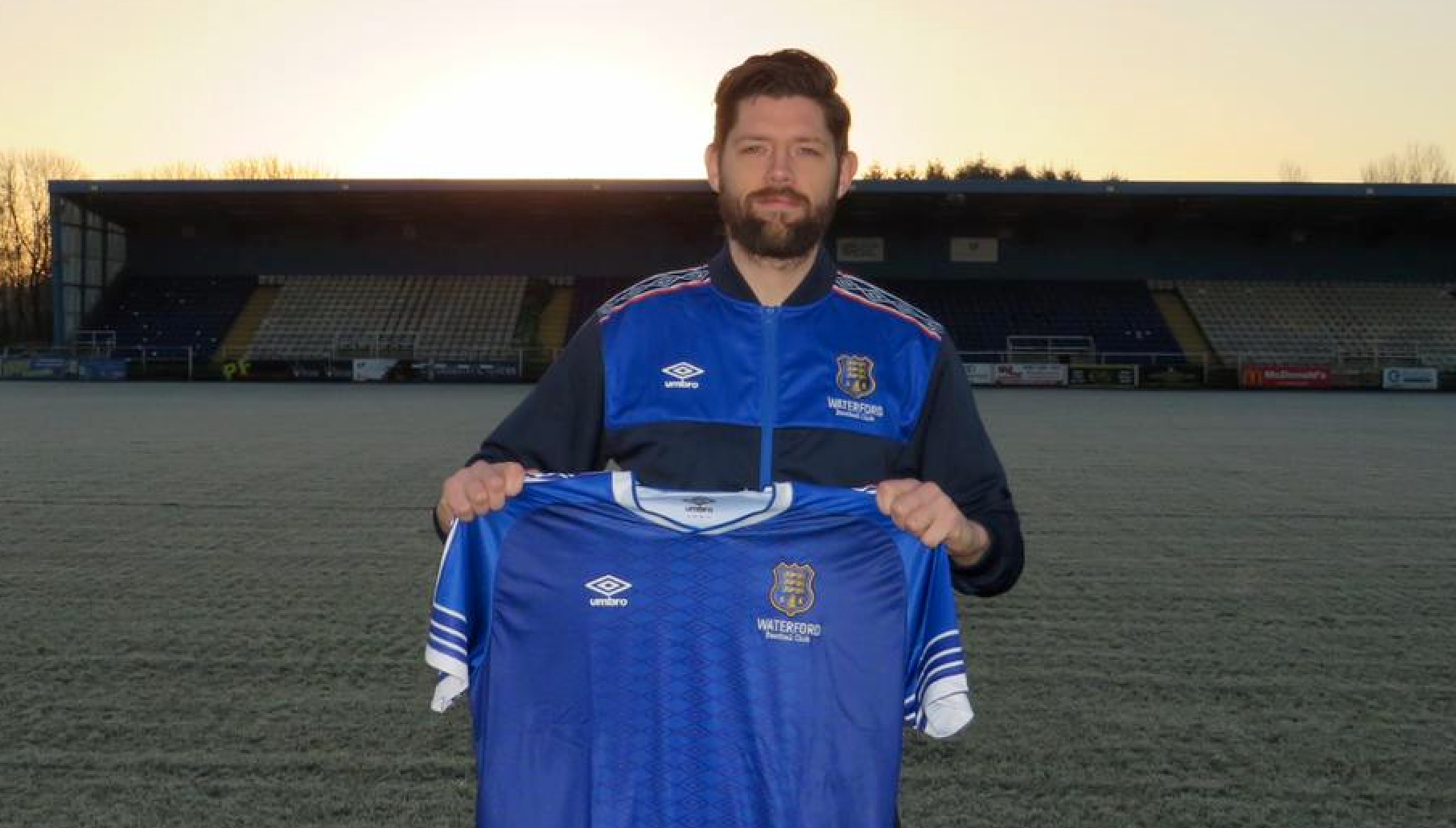 Anthony Wordsworth after he was unveiled as Waterford FC’s latest signing for the 2022 season at a frosty RSC this morning (Monday). Photo: Waterford FC.

It’s a very happy Monday for fans of Waterford FC with the news that experienced midfielder Anthony Wordsworth has turned down at least one offer from a top Premier Division side to remain with the Blues for the 2022 SSE Airtricity First Division season.

The decision of Wordsworth, who joined the club in the middle of last season, to remain on board for the season ahead is a massive leap forward in the bid for the automatic promotion spot available in the First Division, and is a sign of real intent from owner Richard Forrest to go back up at the first attempt.

Whilst some may have felt that Forrest was slow out of the blocks in making his intentions clear ahead of the 2022 campaign, he has certainly, up to this point anyways, answered any critics he might have had following the controversial dismissal of Marc Bircham in style as Wordsworth becomes signing number 14 from 2021.

He becomes the 16th signing in all to date, but he is the one player that many fans felt that the current squad been built by manager Ian Morris was lacking, and with interest from clubs in the Premier Division, he will remain a Blue and will wear the number 40 jersey, a number he wore for both AFC Wimbledon and Barnet.

Wordsworth was part of the Waterford team that suffered relegation from the top flight when losing the promotion/relegation playoff against UCD where he opened the scoring before the Blues were undone by goals from two former graduates, Dara Keane and Colm Whelan.

He returned to a frosty RSC on Monday morning last where he was unveiled as the latest signing, a massive one at that, and the 5/2 available for the Blues to win the First Division looks very tempting at this present time, with further additions expected shortly.

See Tuesday’s paper for reaction from Wordsworth and Ian Morris on this latest signing.