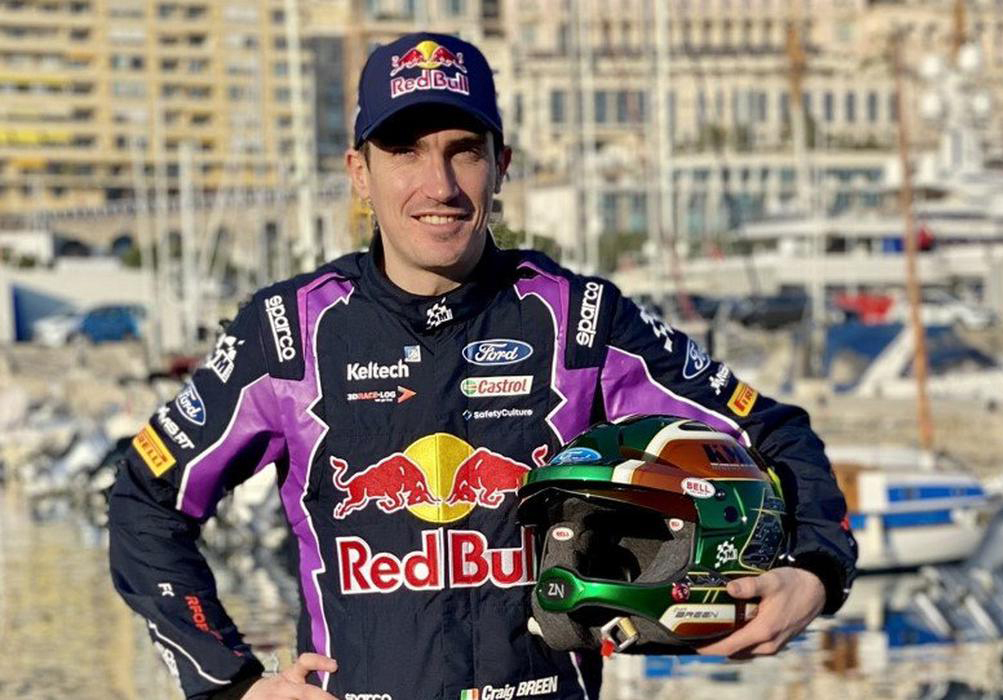 Craig Breen before his first start in the WRC for his new team, M-Sport Ford in Monte Carlo.

Waterford’s Craig Breen and his co-driver, Paul Nagle, got their career with M-Sport Ford off to a great start when they bagged a podium finish on their first World Rally Championship (WRC) start for their new team, with a third place finish at the season-opening Monte Carlo Rally on Sunday.

It was a great day for M-Sport Ford as Breen’s team-mate and WRC legend, France’s Sebastien Loeb became, at 47, became the oldest driver to win a round of the world championship.

Breen and Killarney man Nagle eventually finished 1:39.8 behind the Frenchman to claim third spot in the overall standings, with Sebastien Ogier ahead in second.

“I’m really happy to bring home a podium place. It’s a lot more than we would have imagined beforehand, having not done the rally in a good few years. It was always going to be one of the tougher ones.

“We held our ground, improved with every day, managed to up the pace a little bit and another step today. To finish on the podium is a great start to the championship.”

Loeb, a nine-time world champion, also driving for M-Sport Ford, was taking part in his first rally since 2020, and took a record-equalling eighth career Monte Carlo victory after late drama for closest rival Ogier. The victory was Loeb’s 80th in the world championship and first since Spain in 2018, when he was with Citroen.

Ogier, who is also an eight time Monte Carlo winner and a former world champion is now competing part-time for Toyota led going into the final day but a puncture on the penultimate stage scuppered his hopes of a memorable win.

Breen’s third place gives him 15 points in the drivers’ championship, with Loeb leading the way on 27 after round one.

The next round of the championship is in Sweden on 24-27 February. 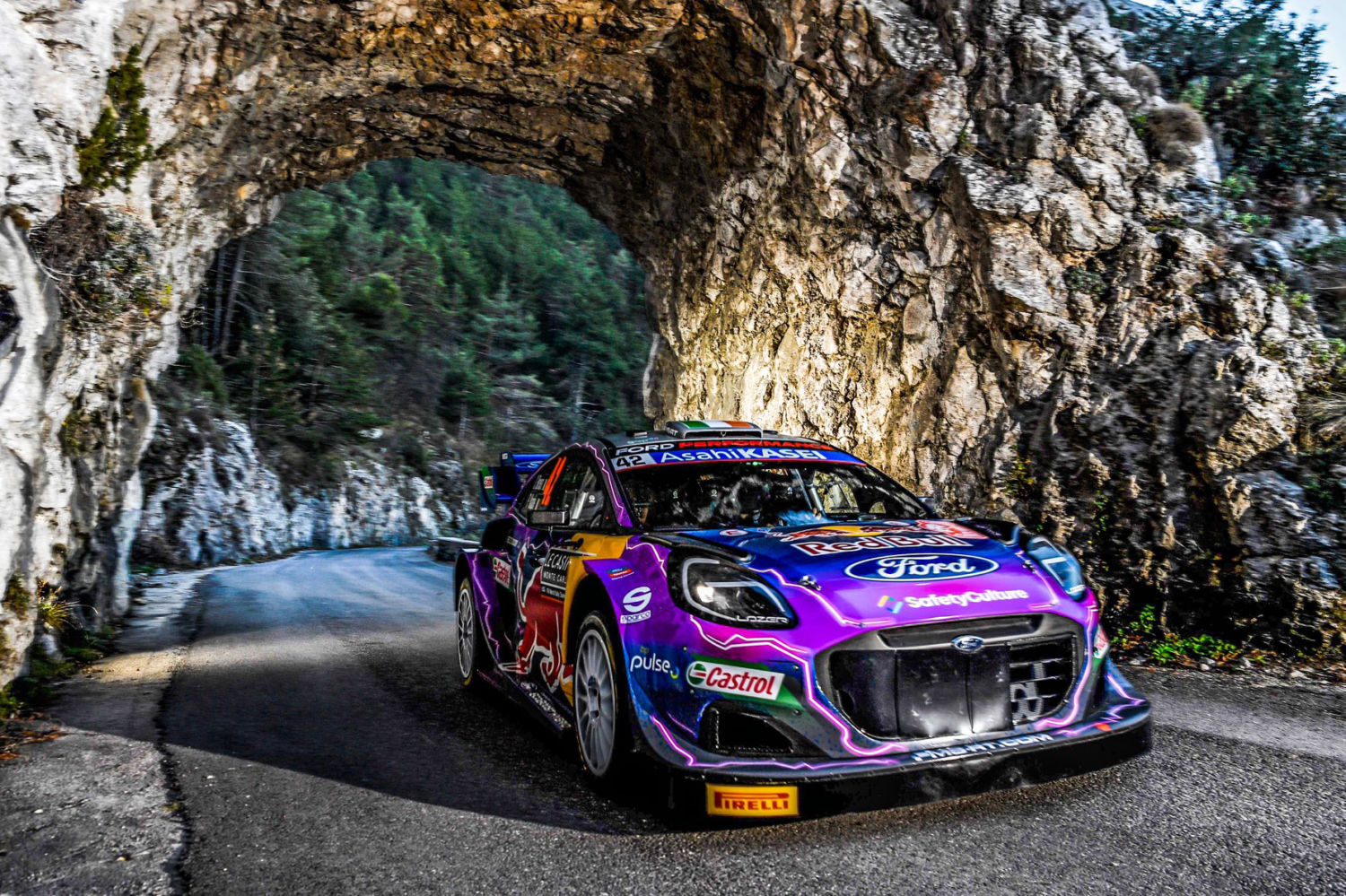 Craig Breen and Paul Nagle in action in their new M-Sport Ford Puma in Monte Carlo over the weekend.