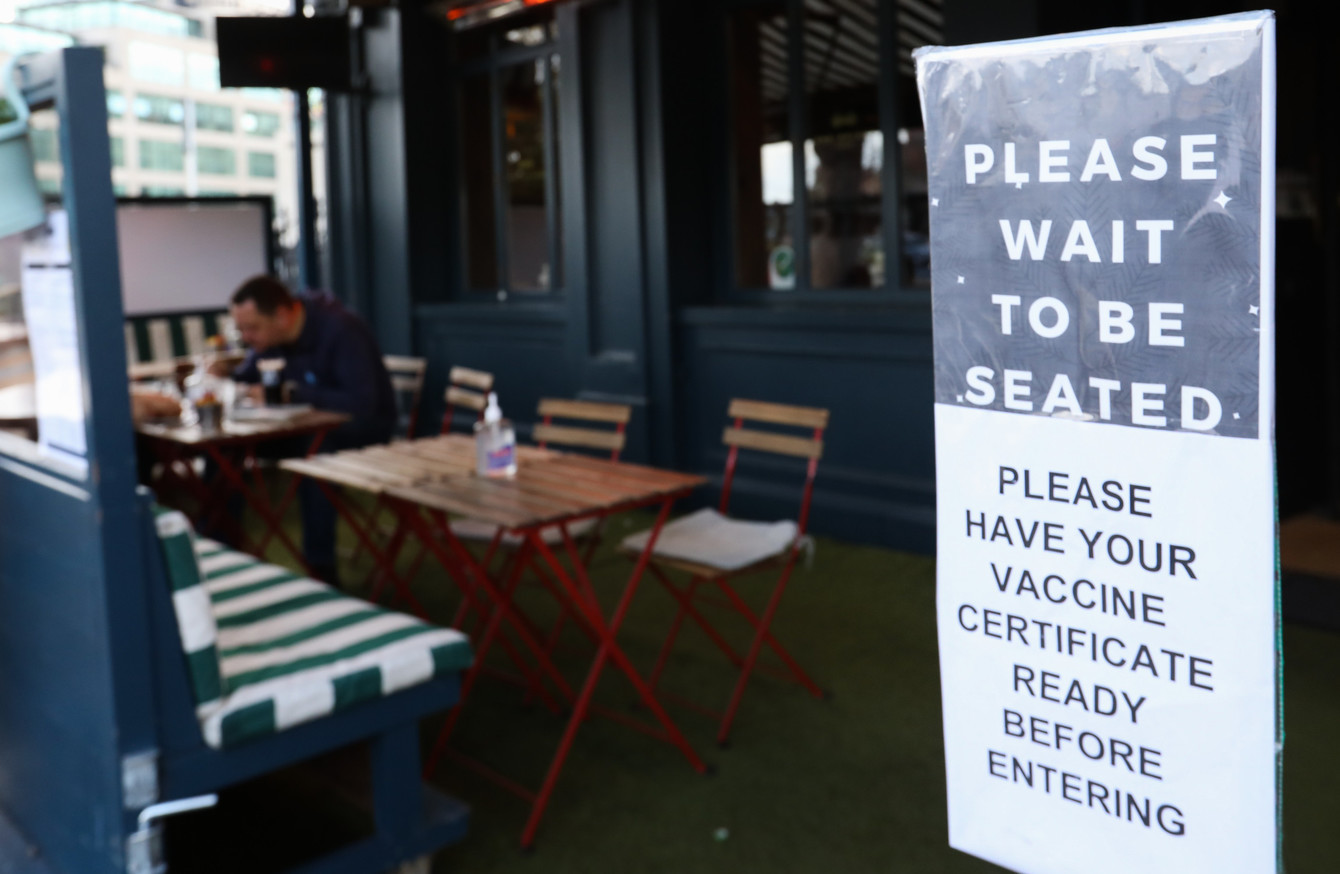 I’VE never seen The Sopranos but apparently it’s one of the greatest TV shows ever created. I have the DVD box set on the shelf but I can’t seem to commit myself to it. However, I know how the show ends – apparently not very well, with people scratching their heads wondering what the hell is going on. For those that don’t know – and this isn’t particularly a spoiler – the last episode concludes with the scene just cutting to black and I assume the audience has to make up their own minds about what happens next. This is exactly how I felt last Friday when the Government announced that just about all of the restrictions were being lifted.

I’m happy that pubs and restaurants can operate at normal hours again and I’m happy that a semblance of normality is starting to return to our lives. The Government are being nothing else if not consistent. Throughout this pandemic they have done things that have consistently made absolutely no sense to me. Two Christmases ago, when numbers were starting to creep up, they opened up hospitality and ended up crippling our health care system. Now, with over 6k cases a day and over 5k positive antigen tests, they are telling us all that the pandemic is basically over and we can start returning to our pre-Covid lives. Okay, that’s great, but wasn’t it just a few weeks ago that they were telling children to start wearing masks in school? Something doesn’t add up here.

At the start of this month, we were led to believe that the pandemic was turning a corner, and not in a positive sense. We were once again told to restrict our movements and limit the amount of people that we socialise with. Pubs, almost ludicrously, were told to turf everyone out and close their doors at 8pm. They created panic, and then 10 days before the month is over, they shout “SURPRISE!” and open everything back up as if the whole thing was actually a hoax (please don’t misquote me here, I’m not saying it was a hoax!). Maybe I’m in the minority but I just can’t seem to get my head around how last week we had to stay six feet away from strangers and this week night clubs can pack 1,500 people through their doors like matches into a matchbox.

What also makes no sense is how schools – the one place they always assured us were safe (even though every man and his dog knew otherwise) – have to keep their masks and restrictions in place, while people can mug the face off each other in night clubs. The children who have suffered as much, if not more, than most, have to continue to wear masks in classrooms that have open windows, in the back arse of winter.

I know it’s easy to sit back and criticise but surely it shouldn’t be this easy. Micheál Martin, the leader of Fianna Fáil, is currently the leader of Ireland and he doesn’t seem to be able to learn anything from his own mistakes. This €1,000 for every frontline healthcare worker is one of the most stupid things I’ve seen in a very long time. No disrespect to the hardworking doctors, nurses, surgeons, porters, paramedics etc but did they ask for this payment? Fianna Fáil, the “something for everyone in the audience” Government that almost broke the country in the 2000s are at it again, handing out €1000 to every healthcare worker in the country. I would have loved to have been in attendance when they came up with that one. Was there even one person in the room who said “what about the carers? and the guards? and the firemen? and the poor woman on the checkout in Aldi?” If I was there, you know what I would have said? Why a thousand euro? You could give half that, or even a quarter of it and you would get the same level of appreciation. If someone tells you that you’re going to get €250 free gratis, you’re not going to turn around and wonder why it’s not €1,000 are you?

I’m sorry to all healthcare workers reading this – this is not me having a go at you. In my opinion you deserve a lot more than €1,000, but that’s a conversation about pay, and not pandemic bonuses. The Government have taken millions out of the tax payer’s pocket, whilst simultaneously sticking their fingers up at every other worker on the frontline.

I’m glad that the world is finally opening up again but I have to admit, certain parts of the Covid lifestyle actually suited me. I much prefer a quiet pub, in the afternoon/ evening, to the madness of a late bar or club. That’s nothing to do with my age by the way, that’s always been my preference. I also adapted to the working from home malarky, even if the childcare element of it proved problematic at times. Regardless, here we are, out in the open again when we least expected it.

What’s next though… because you know what they say, ‘there’s always something’…