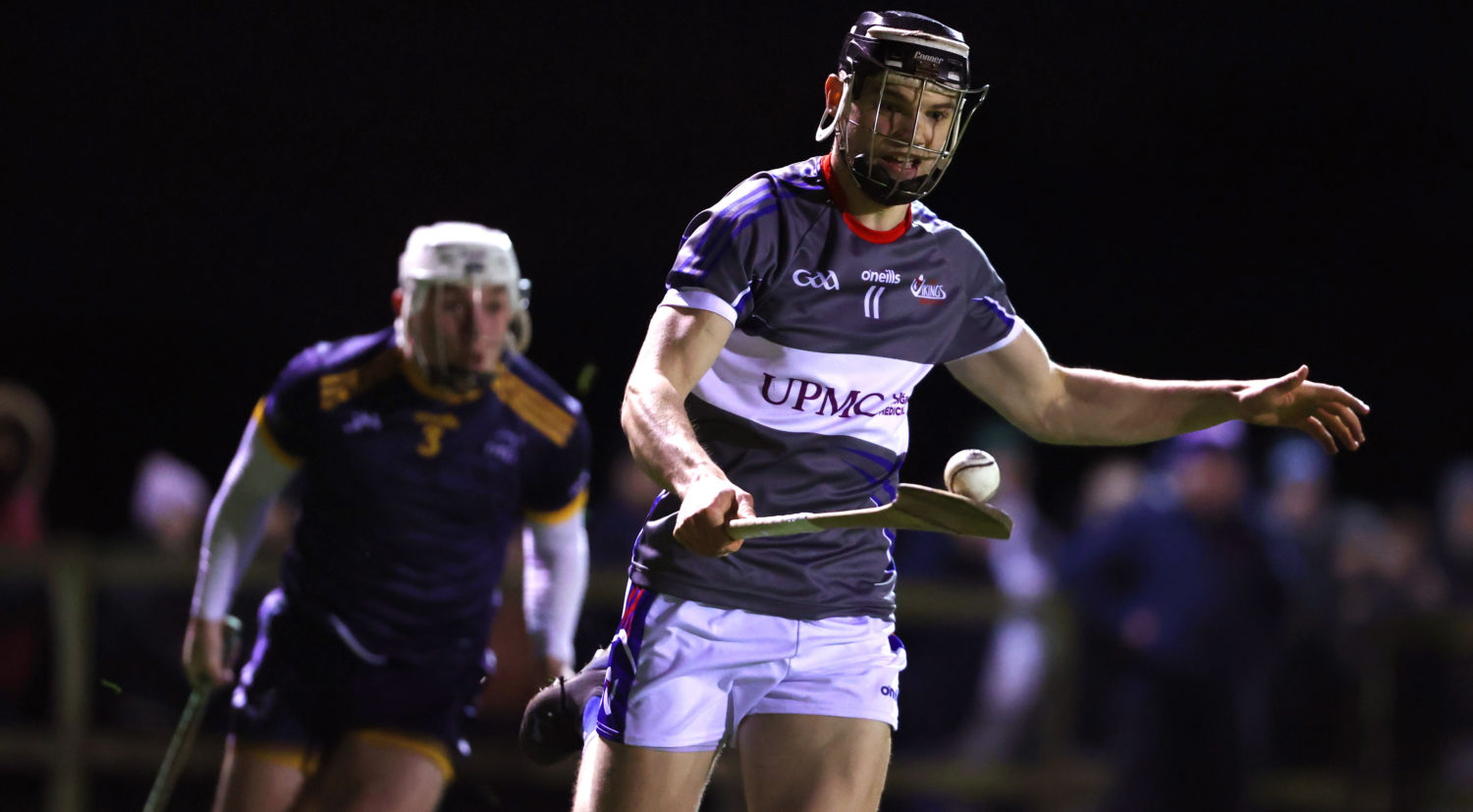 One of Waterford IT’s goalscorers, Gavin Fives, running at the DCU defence during their Electric Ireland Higher Education Fitzgibbon Cup Group B Round 2 game at the DCU Sportsgrounds. Photo: Inpho/Bryan Keane.

After a narrow home defeat to IT Carlow last week, Waterford IT bounced back in style with an excellent Fitzgibbon Cup win away to DCU in Dublin last night (Wednesday).

It was the home side who started well with the opening two points but after that it was WIT who stormed into the game with 1-9 in the next 20 minutes, the goal coming from Tourin’s Gavin Fives, with three monster frees from goalkeeper Billy Nolan.

That purple patch saw the visitors lead at the midway point by ten points, 1-13 to 0-6.

DCU needed a big third quarter to try and eat into WIT’s lead but it never happened and by the 45 minute mark, WIT had extended their advantage out to 11 and where looking good for a much needed win.

The home side refused to wilt and a great run of scores saw them reduce the gap to five with time running out and their hopes of an unlikely comeback were shattered late on when Neil O’Sullivan crashed the ball to their net for WIT’s second green flag to seal an impressive win.

WIT will now face Maynooth University next week in the final round of group games, while DCU will be at home again, to unbeaten IT Carlow.