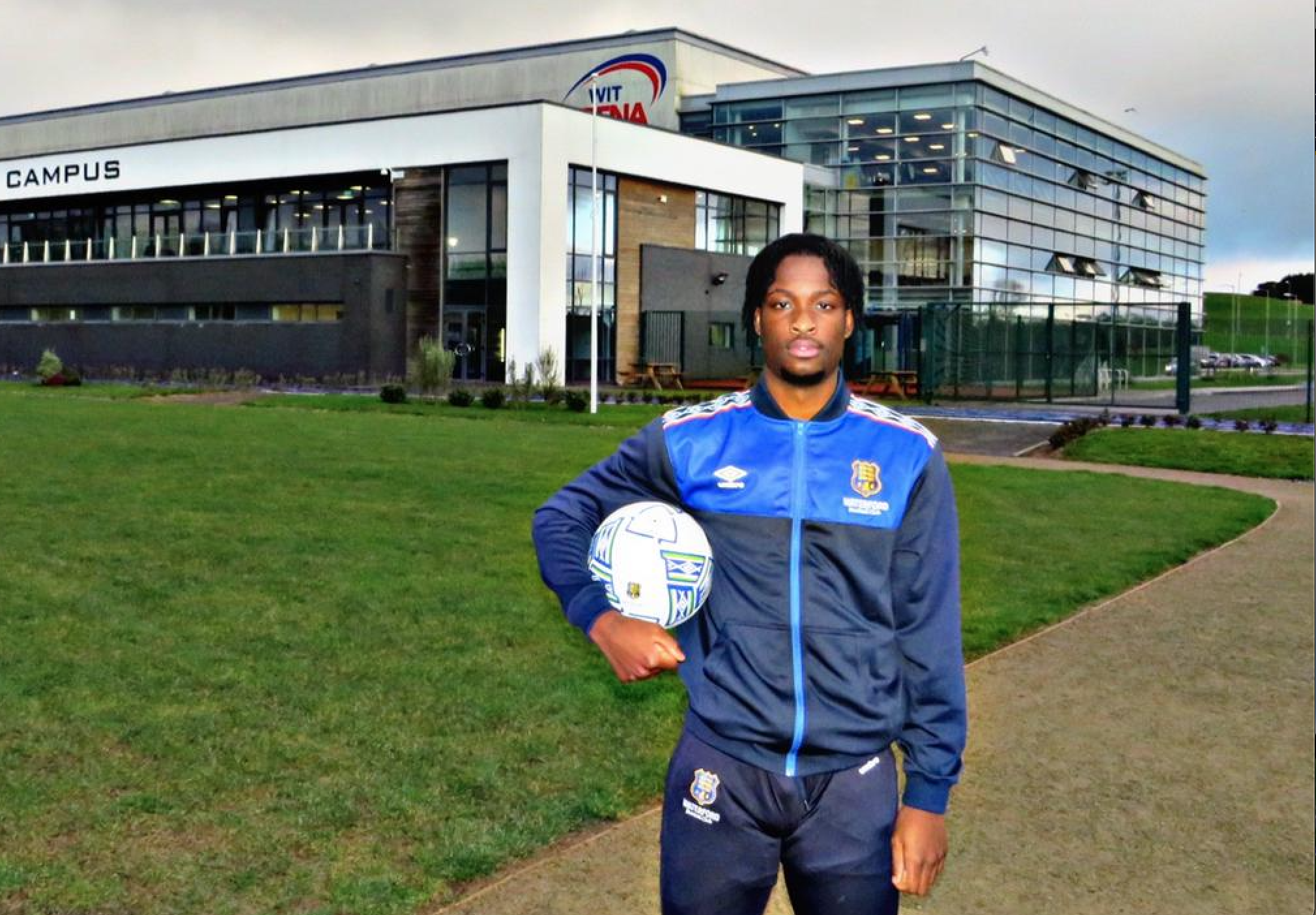 Waterford FC manager Ian Morris has added another exciting prospect to his squad ahead of the SSE Airtricity First Division season with the confirmation that former Republic of Ireland underage International Roland Idowu (pictured above at the WIT Arena this week) has signed for the club ahead of the season opener against Athlone Town on February 18.

Idowu, who is an attacking midfield player, joins the club from Bohemian FC, and he played against the Blues at Dalymount Park last October in a game that Waterford won 2-1, with his deal confirmed until the end of the 2022 season.
The 20-year-old spent the latter part of last season with the Gypsies where he made five League appearances, and played once in the FAI Cup where they got to the final only to lose out to St. Patrick’s Athletic in the showdown at the Aviva Stadium.

After starting his football career with the St. Joseph’s Boys club in Dublin, Idowu made the move across the water where he moved to Southampton back in 2018, and spending two years at St. Mary’s, he moved to Cardiff City where he spent one season before joining Bohemian FC.
He has also played for the Republic of Ireland at Under 17 level, and the highly rated player attracted much attention in pre-season before plunging on a deal with the Blues for the forthcoming campaign where he’ll be a big addition for manager Ian Morris.