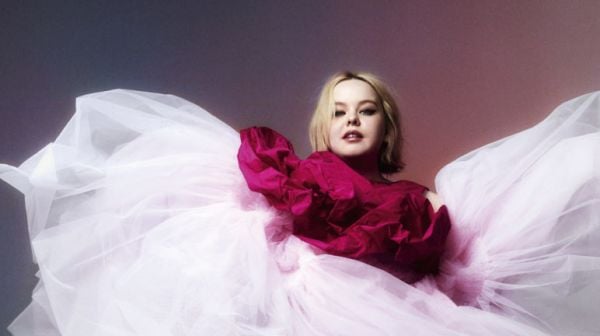 Bridgerton star Nicola Coughlan has described the intensity of fame as akin to “being a dog on the Tube”.

The period drama became Netflix’s most popular original series when it aired on Christmas Day 2020.

The streaming giant said the show was viewed by a record 82 million households in 28 days.

Coughlan received rave reviews for her role as Penelope Featherington, a character who is later revealed to be mysterious gossip writer Lady Whistledown.

The reveal scene, narrated by Dame Julie Andrews in the series, was nominated for the Must-See Moment at this year’s Bafta TV awards.

Speaking to Elle UK for their March issue of the magazine, Galway-born Coughlan, 35, said: “Being famous is like being a dog on the Tube.

“It’s exactly the same energy. When you get on, everyone looks at you.

“Some people are so smiley, while some are afraid of you and don’t want to go near.

“Some people touch you without asking. I can still do the things I want to do, obviously, but it is different.”

The Irish actress recalled visiting the pub with a friend and feeling like she was “an animal at the zoo”.

She added: “And I remember one time I was taking my Invisalign out, and this person was staring me right in the eyes, which was quite weird.”

Coughlan has said she would never sell the idea that the acting industry was “wonderful and fun” because it is “hard work”.

She added: “Whenever people say they want to get into this industry, I’m like, you’ve got to want it so badly.

“Because if you don’t, you’d be mad to do it, absolutely mad.

“I barely saw my family last year because of filming. There’s a lot of sacrifices to be made.

“In my twenties, I never went on holiday. I was so broke.”

“But it’s amazing. I wouldn’t do anything else,” the actress added.

The second series of Bridgerton, which will air on March 25, will move towards the romantic interests of Daphne’s brother Anthony Bridgerton, who is portrayed by Jonathan Bailey.

Series three and four have already been commissioned by Netflix, as well as a prequel series telling the “origin story” of Queen Charlotte, played by Golda Rosheuvel.

Coughlan was previously best known for her role in the series Derry Girls where she plays Clare Devlin.

Speaking about filming the final season of the Channel 4 sitcom, she added: “I always find it hard to explain to people about playing characters, that they feel like your friends.

“So it’s like saying goodbye to a friend I know I’ll never see again.”